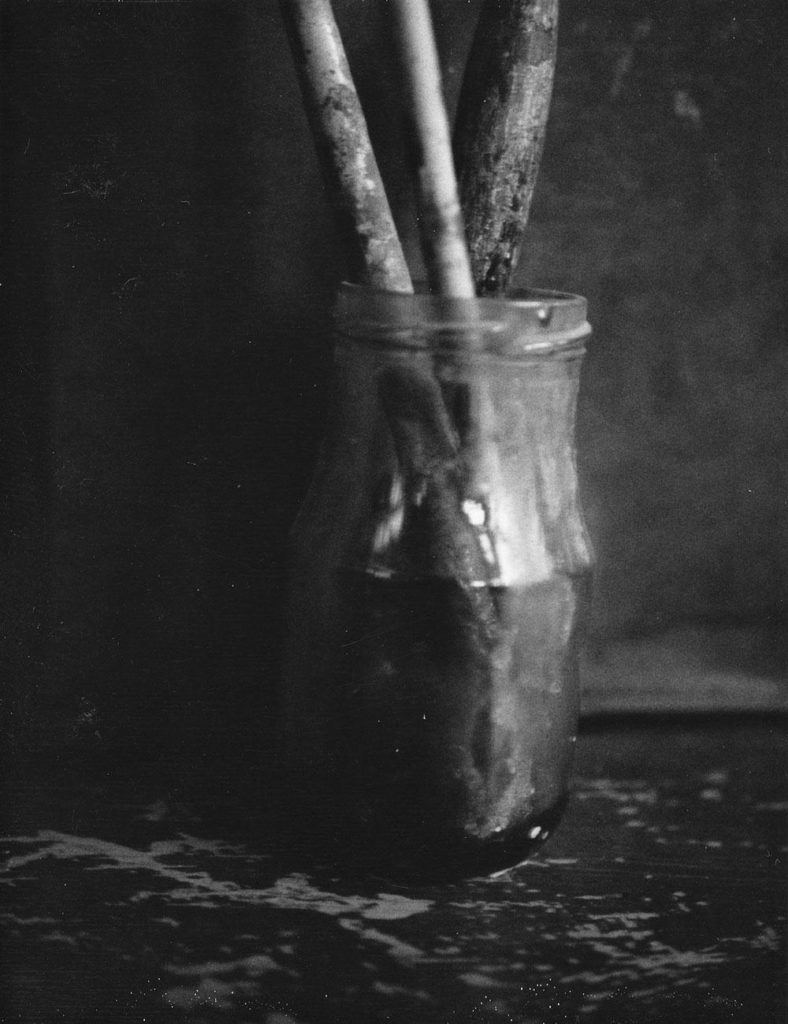 As Patti Smith’s bestselling, National Book Award–winning memoir Just Kids repeatedly attests, she and friend/lover Robert Mapplethorpe knew they wanted to be artists before they knew what kind of art they wanted to make—indeed, before they knew how to make anything, or get anyone’s attention. This is likely why Smith continues to resonate for those decades younger than her, who’ve got an ever-increasing desire to be important and do… something. In 2013, Smith is posted on Tumblr, pinned to Pinterest: a romantic screen-gaze into her ultimate success, and the mythic, bygone New York she inhabited.

Likewise, Smith and Mapplethorpe gazed on those who came before them, but they stumbled into the grace of creation materially rather than digitally. It really was, if Just Kids is to be believed, Yeats’ “foul rag and bone shop of the heart” (“where all the ladders start”): in their various, spartan Brooklyn and Manhattan abodes, Smith and Mapplethorpe were magpies, lighting on ruins cultural and literal to find the shiny objects of imaginative inception. Mapplethorpe became obsessed with pagan ritual and gay S&M; Smith, whose wish to cultivate a personal pantheon was stronger, with 19th- and early-20th-century American and European bohemianism.

Smith’s obsession with the latter is positively liturgical, and has a noted Francophilia. Just Kids aside, if you know Smith’s music, you know whom she found and inscribed in her book of saints: Rimbaud, Baudelaire, Genet, Blake, Joan of Arc, Hendrix, Pollock. But these are evident even before her 1975 debut album Horses—in, for instance, her 1972 book of poetry called kodak (the image for its cover, like that for Horses, made by Mapplethorpe), which contains a poem paying tribute to Renée Falconetti, who starred as Joan of Arc in Carl Theodor Dreyer’s silent film The Passion of Joan of Arc.

kodak is one Smith title, “Land” another: the latter a powerful song off Horses (containing the refrain “Go, Rimbaud!”) and eventually the name of a greatest-hits compilation. Both suggest her relationship with photography, one now manifest in “Camera Solo,” a touring exhibition of her photographs—along with the photographs of others, some personal objects and a film—that opens at the Art Gallery of Ontario Saturday.

“Land” in the exhibition context evokes Smith’s camera of choice, the Land Polaroid Camera, which has produced the small, casual, black-and-white, out-of-time works that make up this show. One might also use “Land” as a corrective to the ironic “Camera Solo” title. Although Smith has made these works herself, she does not seem solo at all, her images containing and extolling the personages she loves—friends and family, figurative details from paintings and sculptures, and foremost, objects associated with her beloved deceased bohemians. When you enter the exhibition, you are in Patti Smith Land, and it is populous.

The effect of “Camera Solo” is thus of a séance. “I have a strong relationship with the dead,” says Smith in a bit of wall text. “I get pleasure out of having their things and sometimes photographing them.” Accordingly, there are images of objects that would mean very little if one did not know to whom they belonged: Rimbaud’s cutlery; Herman Hesse’s typewriter; her father’s cup.

Smith also likes beds—meaningful sites of sleep, sex and illness, and in this way exceptionally capable of soaking up their users’ auras.

Also, adorably, she likes slippers, the closest footwear gets to bedding. In “Camera Solo,” we see Nureyev’s slippers, Pope Benedict’s, which, curiously, Smith owns, and keeps beside those of Mapplethorpe. Benedict’s slippers are in one of the reliquary-like vitrines in this show, but the photograph of them is more interesting, because it’s clear that Smith feels, in that late-19th-century-French way of hers, that photographs can reveal ghostly presences around objects and people.

In this manner, Smith, known for her improvisational approach, looks for process-based accidents. Going through the exhibition, I was reminded of a line from “25th Floor,” a song on her second album Easter: “The transformation of waste is perhaps the oldest preoccupation of man.” It is certainly Smith’s preoccupation, an imbibing of Mapplethorpe’s Catholic attachment to the object-world, and to a belief in transubstantiation, resurrection and other forms of metamorphosis.

The photograph, ironically a frozen moment in time, can show this metamorphic process as well as affect it. So it is that Smith revels in double exposures, in which she seems to see her subjects merging with light and revealing their magic: materializing and dematerializing. In such apparent mistakes, Smith finds epiphanies, encounters with the divine.

Her photograph of Percy Bysshe Shelley’s tombstone is a fascinating illustration of this. She went to the Protestant cemetery in Rome to visit the grave of her friend, beat poet Gregory Corso, who asked to be buried next to Shelley because he idolized him so much. When she went, with a friend, she wasn’t feeling Corso’s spirit, so she moved to Shelley’s grave, where she assumed his spirit would naturally be. She took a photo, and on developing it saw a strange streak of light on the negative. This, her friend remarked, is Corso, in a posthumous photographic cameo.

There is a preciousness here, a continental gothic that can seem effete—the very symptom, perhaps, of Smith’s outsider perspective as a working-class girl from Chicago and New Jersey. Adulatory to the point of strangeness is A Season in Hell, which collects some of Rimbaud’s personal effects in a vitrine, and gives “Camera Solo” its unlikely centrepiece: a sculptural work that is a to-scale recreation of the litter a dying Rimbaud designed to have himself transported across Ethiopia, and onto which Smith has inscribed his last words.

It is a truism that, as an artist, you shouldn’t speak too much about your influences: to do so makes you vulnerable to comparison. Patti Smith has never had such a fear. Her music has always had a powerful sense of invocation (Easter’s “Ghost Dance” repeats “we shall live again”) and her photographs, so ostensibly still and etherized in comparison, retain that effect.

There are, then, two prerequisites to an appreciation of “Camera Solo”: a reverence for the artists Smith has put on display (and, really, they are artists’ artists, not difficult to revere); and a reverence for Smith as the priestess who has laid out these items for worship. If this is egotism, it is eminently tolerable. (Patti Smith is a pretty awesome teacher; you want to take her class.)

And so it is that there is, after all, a sense of performance to “Camera Solo,” one that, in the realm of Smith’s music and poetry, we are used to—and, frankly, shouldn’t have to imagine her without.