In a year characterized by division and discord, culture had a choice—to retreat, or to explore startling forms of subjectivity and intimacy. 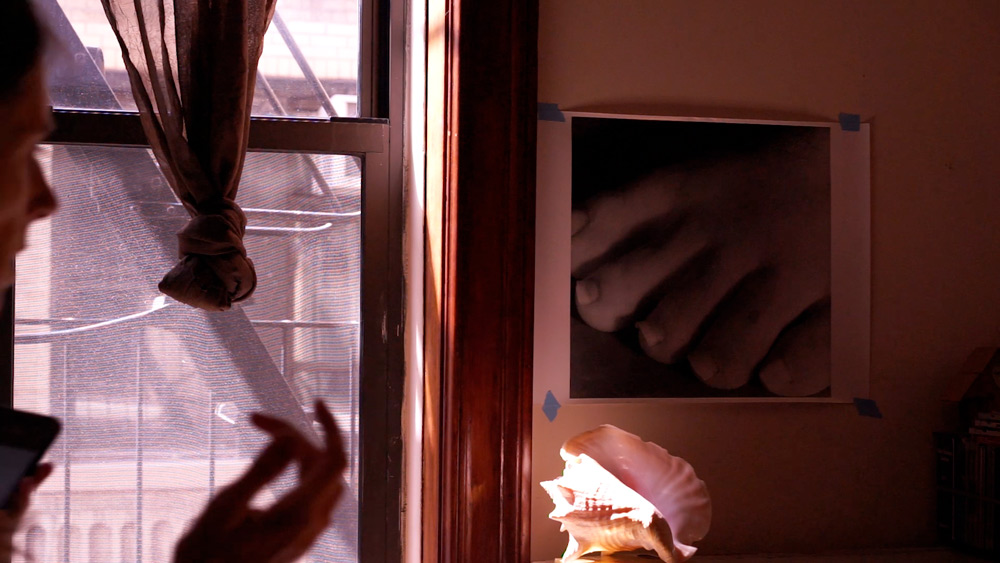 This year I reread one of my favourite novels, Djuna Barnes’s Nightwood. The particular pleasure of revisiting a favourite artwork is of course noting its excellence at maturity. You find new resonances, both with things occurring in your personal life and with things occurring outside or alongside yourself—society, politics, culture. And Nightwood, a brocaded-prose Modernist novella set in the doomed Europe of the late 1920s, and principally about a fated lesbian romance, seems to me, for all its age and elusiveness—indeed, because of them—remarkably 2016.

We lived through a year in which the purported advances of the centre-left were called corrupt by both a reactionary right and a dissatisfied far-left. For Barnes, writing of 1929 in 1939, such paradoxical division is the defining quality of decadence—not a fall from grace (how quaintly moral) but a confusion about what grace is, about the possibility, even the necessity, of grace. As a label and condition, decadence encompasses erosion as well as its aftereffects. It is cyclical, evolutionary, inevitable, insatiable.

Decadence for Barnes seems defined by cognitive dissonance, a psychological condition in which there is a divide between appearance and reality. Individuals suffering from this condition are torn between what they instinctively want, and what they are told they should want. For most of Barnes’s characters, the “should” and the “want” blur. The half-Jewish Felix Volkbein feigns a barony like his father before him, trying and failing to secure an American wife. For others, more entrenched in Nightwood’s underworld, the “should” is a drag, in many senses. Costumes and words—experimental, threadbare, abstract—allude to and satirize an order that is patently not there. They also function as portholes to “night,” i.e. the hazy, profound truth of the novel’s title. None of the characters in Nightwood seems particularly able to get a firm hold on agency, that purported cure for cognitive dissonance, where “want” and “should” merge through choice, to empower. Context does not permit it. Still, their simultaneous constructions and nakedness constitute a kind of choice: a queerness, really—a questioning; a cry; art by another name.

The cognitive dissonance of 2016 and preceding years has caused an understandable turn inward reminiscent of these outsider acts in Nightwood. One aspect of this is isolationism—illuminated this year through Brexit and Trump, as a preservationist, survivalist stance in the face of revolt. Another aspect is evident in the best art of the year—an interiority that is at once defiant and diffident. The two are tightly entwined. Trump’s presence on social media such as Twitter, for instance, is a feigned interiority. It is a stark reminder that digital forums can encourage a horridly childish style of self-expression, one confirming privilege, misrepresenting facts and abetting bullying. Call-out culture—at its worst guilty of all of this—and memes/image macros—at their best forms of interiority that resist the detachment and performativity of online platforms on which they depend and spread—are now bipartisan. Accelerated appropriation drives the machine of isolationism. It is the stuff of walls.

Music excelled all other art forms for me in 2016. I think this is because of the interior yet shared space it so inherently carves out for its makers and listeners. (This year, for stress relief, I got into community acupuncture, which is not unlike music in this respect.) In her “Keynote” for our current issue, writer Alex Molotkow smartly affirms that “the most significant albums of the moment are as dense as novels,” because “now one of art’s most vital functions is to crystallize a single world for a fixed and reproducible duration.”

It is no coincidence that most if not all of 2016’s great albums are by young people of colour. It is also no coincidence that many of these—I can think of four, by Chance the Rapper, Tinashé, Jamila Woods and Noname—were released as mixtapes, code in rap/R&B for an interstitial or mood-board release, one typically free (now as a download, or more likely streaming) and meant to precede a “real” album. In the song of the year, Kanye West’s “Ultralight Beam”—used as the score for artist Arthur Jafa’s video, Love Is The Message, The Message Is Death, which was shown at Gavin Brown’s Enterprise in New York in November, and which I experienced in snippets through Hans Ulrich Obrist’s Instagram stories—Chance discusses his motivations behind releasing Coloring Book (Chance 3) as a mixtape. “I met Kanye West / I’m never going to fail,” he raps. “He said let’s do a good-ass job with Chance 3 / I hear you gotta sell it to snatch the Grammy / Let’s make it so free and the bars so hard / That there ain’t one gosh darn part you can’t tweet / This is my part, nobody else speak / This is my part, nobody else speak / This little light of mine / Glory be to God.”

On Solange Knowles’s album of the year, A Seat at the Table, co-released on her own label, rapper and entrepreneur Master P, during a spoken-word interlude, explains his rationale for breaking the mold of 1990s rappers signing exploitative contracts with white-owned and -operated labels. “They offered me a million-dollar deal, had the cheque ready,” he says. “But I wouldn’t be able to use my name. I was fighting my brother because he said I should’ve took the million dollars. No. What do you think I’m worth, if this white man offered me a million dollars? I gotta be worth 40 or 50. 10 or something. To being able to make Forbes and come from the projects—you know, top 40 under 40. They said it couldn’t be done. Had 20 records on the top Billboard at one time. For an independent company, a black-owned company…”

“No” is expressed across A Seat at the Table, which also, through its beautiful musicianship, becomes a warm and moving invitation to and from itself. Throughout, Solange takes pieces of her life, previously expressed by tabloid rumours and social media, into the complex, nuanced realm of the creative and the personal. Solange’s invitation to listeners comes with a demand to be invited, to be heard; it is a revelation of subjectivity, sometimes done with poignant stubbornness. Isolationism, as articulated from a white-supremacist position of feeling “left out,” is repeatedly and cleverly silenced. Solange’s mother Tina, in another spoken-word interlude on the album that smacks down the racist #alllivesmatter movement, affirms that to celebrate black culture is not to denigrate white culture. On “F.U.B.U.,” Solange concurs, concluding by addressing her white listeners: “Don’t feel bad if you can’t sing along / Just be glad you got the whole wide world / This us / This shit is from us / Some shit you can’t touch.”

For a talk related to his Art Gallery of Ontario exhibition “How to Build a House Museum,” artist Theaster Gates conflated both isolationism and interiority in a discussion of black-owned US businesses, so many of them ironically lost in the wake of post-segregation legislation and late-capitalist, white-washing gentrification. He implicitly asked: Where are the contemporary isolationist spaces that empower, that foster growth and legacy within and among marginalized communities? Some mistook the flatness and sparseness of Gates’s installation—which combined objects from the estate of the late house DJ Frankie Knuckles, bricklayer George Black and blues musician Muddy Waters alongside a gallery-embedded nightclub—as an unintended failure. Based on an interview I conducted with Gates before seeing the installation, as well as repeated visits to see the work, I disagree. “How to Build a House Museum” was in large part about absence: the missing blackness and black people in the museum; the impossibility of resuscitating the kind of community fostered by, say, a Chicago house club in the museum. The failure is not conceptualist-absurdist but instead a ghostly presence, where what’s not there is, for some, hauntingly imagined, and, for others, impossible to fathom. “I can’t get the music loud enough,” Gates told me, of attempting to put house in the white cube. “I can’t get the rooms sweating enough. I can’t get the dissention negative enough. I can’t make people sin enough.”

We end the year with a stark reminder of how isolationist the white cube is, with many startled by images from a professional photographer of the assassination of Russia’s ambassador to Turkey in an Ankara gallery. As I write it has only been 24 hours, and, in a textbook expression of shock, my Facebook feed has so far included comparisons of the work to Robert Longo and Jeff Wall, as if the only way to make sense of a non-art event transpiring in a gallery is through art itself. As if, however much an exhibition might deal with real life, it remains a buffer to it, a Plato’s cave. Take it from the heart back to the brain; put it in the gallery.

My favourite 2016 contemporary-art experience was at the otherwise dry and pretentious Biennale de Montréal, through a narrow door that opened to Moyra Davey’s video work Hemlock Forest. Here, I was not seeing something newsworthy, even an urgent, utilitarian idea. I had gone through a Barnesian porthole to night, in which Davey’s doubts, faulty parallelisms, and sincere and at times funny lamentations for late filmmaker Chantal Akerman entered and transported me. It occurred to me that, as the world continues to baffle and intrude, we should hope for art that resembles people more than things. “I had an image of her,” says Barnes’s lovelorn character Nora Flood of her profligate, lost partner Robin Vote, “but that is not the same thing. An image is a stop the mind makes between uncertainties…. The more we learn of a person, the less we know.”