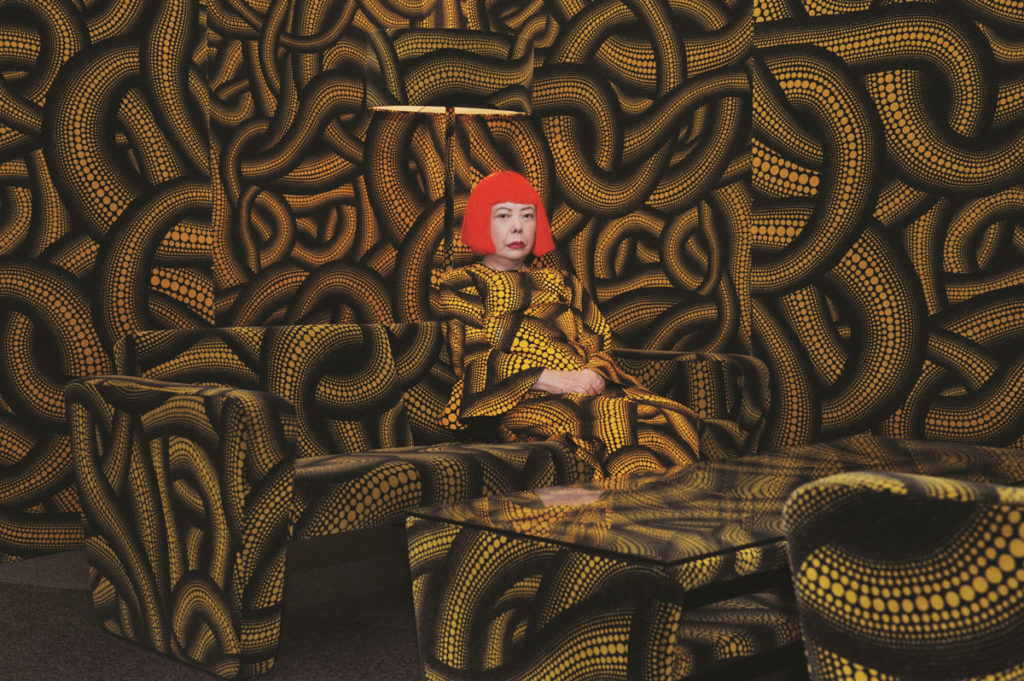 It’s likely that nothing you’ve read about Yayoi Kusama in the last half dozen years didn’t abound with the words “social media,” “selfie,” and “narcissism,” and with tired analyses of how her Infinity Mirror rooms circulate “in the Instagram age.” The way it works is simple, though. People love to see reflections of themselves, and much of the narrative around the drive to take and to post selfies, journalistically and anecdotally, is like, “Ugh, millennials are so vain and they’re (mis)using art to project their vanity.” But it’s important to note the subject position of the source of that shallow critique, because it’s likely that it didn’t occur to them that Black people, Indigenous people, and people of colour (BIPOC) are not accustomed to seeing nuanced reflections of ourselves in visual culture. So when an exhibition presents selfie ops, we rush to insert images of ourselves so we can see them reflected not just in the art work itself, but in the social media feeds that the art work generates. If visual culture won’t do it, we must do it ourselves.

By now you’ve likely also read about the hours-long waits around the block—virtually, for tickets, and in line-ups for each of the Infinity Mirror rooms. And while I wish I could tell you what it was like being inside one of these rooms, if I experienced the feeling of disintegrating in them like I’m supposed to, the allotted 20- to 30-second slots in each of the six rooms allowed me to either experience it with my senses or through my phone, not both, before I got a knock to alert me that I had five seconds left. I opted for video selfies, and I feel zero guilt for it, even though they’re too rushed to be any good.

It’s worthwhile for me, even as a sometimes white-passing person of colour, to insert myself in a selfie-able piece. When I visit the hashtag and see myself in the feed, descending lower downstream because people are uploading their selfies by the dozens in mere seconds, and many of the participants in the feed might not look white, for a moment I might feel like there’s representation of BIPOC presence in institutions—even if just in their audiences and not in their administrations—and that representation doesn’t look like Y2K United Colors of Benetton ads because we generated it ourselves. (To my knowledge, there’s no way to gauge the racial makeup of an exhibition’s audience, but Black Panther, in just two weeks, has made the biggest case in history for the equation between unprecedented diversity and profit).

I’m locating this within a persistent culture of selfie-shaming that is by implication misogynistic, racist, homophobic and transphobic. Ultimately what its purveyors are saying is, “We don’t want you to rub images of yourselves that you made yourselves in our faces – we must retain the right to your representation so we can continue to possess your body, through possessing the image of you.” Earlier in the year, everyone’s feeds flooded with selfies side-by-side with ostensibly matching historical portraits, generated by Google Cultural Institute’s Google Arts & Culture app from the Cultural Institute’s limited list of partnering collecting institutions. If seeing reflections of ourselves hadn’t been so novel, why else would the multitude permit Google, without reservation, to data-mine us with its facial recognition technology just so we could see an approximation of ourselves in collections? And of course, because there are few images of BIPOC in these minor collections, and the few that do exist are archaic stereotypes, there were also likely fewer BIPOC in your feed posting their selfies—at least without mocking the app’s reductive and offensive results.

There’s no way I could say all of this in good faith without addressing a Black VICE journalist’s description of Kusama banning him from her studio. It’s worth mentioning the social media backlash in response to this—which also brought up past comments she’s made objectifying Black people’s bodies—because we’re in a time when, if enough people declare on social media that something has made them angry or has hurt them, they might leverage the institution to do something about it. Of course that depends on who’s doing the declaration of rage or discomfort, lest we forget that around this time last year, Black people en masse said that that painting hurt them and all everyone else did was cry censorship or evaluate the painting’s aesthetic merits. (But what the fuck do aesthetics matter when a group of marginalized people says that a white artist’s expressionist painting of the open casket of a lynched Black teenage boy is violently triggering for them?) The case of the VICE journalist’s brush with Kusama might be complicated because the artist has been living in a mental health institution for the past four decades, and even though the incident could be translated by some to say that “Black people are not welcome in my installation. Black people are not entitled to seeing themselves in my work or in the feed my work is generating,” it will likely hardly matter to the AGO with a touring blockbuster show that has likely already broken the gallery’s attendance records before the exhibition has even opened.

When I asked curator Mika Yoshitake what she hopes viewers might take away from this experience, she said it’s important to remember that “in a world where virtual reality is becoming so popular and prevalent, all of these mirror rooms are actually analogue.” It’s important to her that viewers step away from the mediated experience to understand Kusama’s underlying philosophy: “I hope that people don’t just try to see the work—even though they [made it] here. I would love for people to put their phones down and just experience it directly in this physical environment.”

On my way out of the preview, I overheard attendants strategize about how they would handle the pressure of lineups through the gift shop—where the palpable absence of a photographer in the classic postcard images of some of the Infinity Mirror rooms brings to sharp, and uncanny, relief how images of these works circulate today almost exclusively with people’s bodies in them. I almost told the attendants that they won’t have to worry about lineups, because what’s the point of a museum gift shop when an exhibition’s greatest gift to you is a selfie? 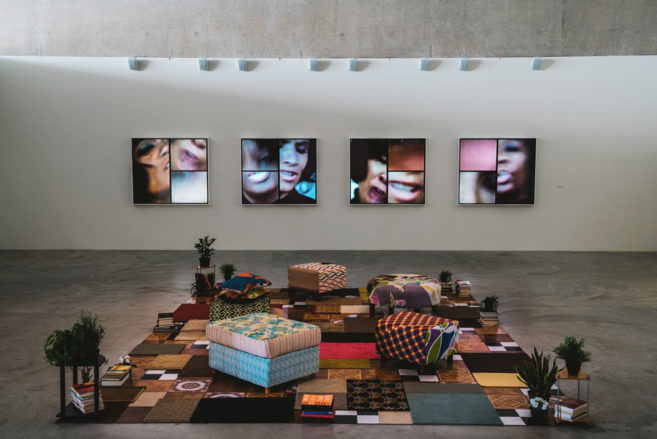