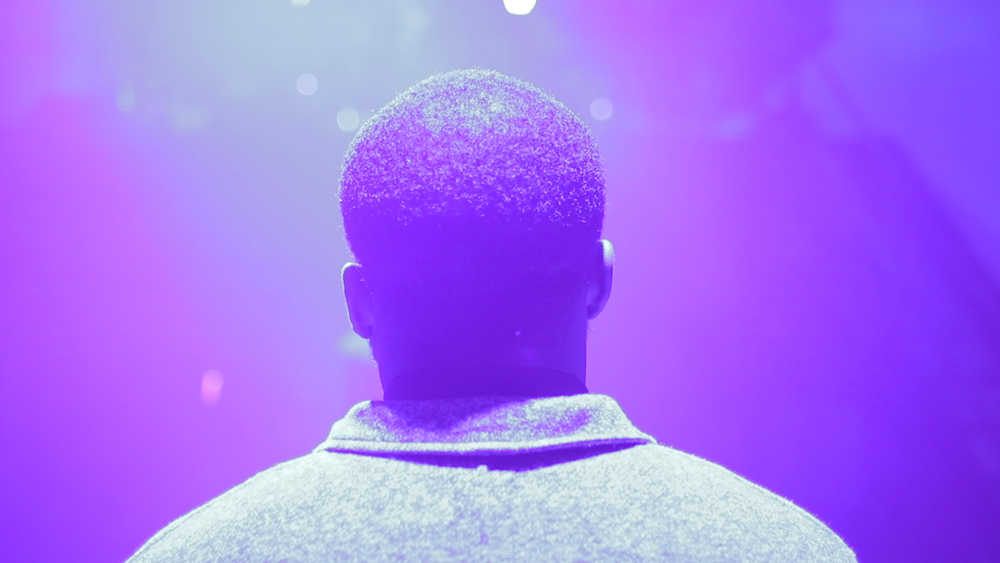 The Art Gallery of Ontario’s two large summer exhibitions are, respectively, their worst and best in recent memory. And they are oddly linked, through icebergs. In “The Idea of North: The Paintings of Lawren Harris,” the Group of Seven artist’s depictions of icebergs and mountains sit in prim, unpopulated silence, forced into an ethno-social dialogue they never intended. In the dazzling “How to Build a House Museum” by Chicago artist Theaster Gates, the sculpture Houseberg is a seven-foot-tall disco ball shaped like an iceberg, rotating and glimmering in the purple light of Club Progress, a conceptual recreation of a vintage Chicago house-music club. Gates’s iceberg moves. It is there yet not there. It is activated by light, enhanced by dancers, by dancing.

Gates is a successful and charismatic figure in the contemporary art world. His background is both in ceramics and urban planning, and his practice is accordingly situated within and without gallery walls, vacillating between aesthetics and community activism. After the recession, Gates bought a disused bank, now known as the Stony Island Arts Bank, as well as several houses on Dorchester Avenue in the South Chicago neighbourhood of Grand Crossing. Gates repositioned these spaces and their contents as art, making them community centres, and building archives dedicated to African American cultural history. Late-capitalist tactics of curation, objectification, commodification and gentrification are subverted and harnessed by Gates in his attempt to create this living archive of blackness.

“‘How to Build a House Museum’ is its own portrait of this big question that I have,” Gates tells me in a break from his AGO install. “What do we do with the legacies of others when they die? What’s the best platform for articulating the importance of a person or people or music one generation later, two generations later, 10 generations later?”

The “house museum” in Gates’s exhibition plays on notions of the estate museum that is situated in an actual house (in Toronto there’s the Campbell House or the Gibson House for instance). It also conjures house music, which was likely named after a space, the Chicago club The Warehouse, where the late, legendary Frankie Knuckles was resident DJ. Indeed it is Knuckles who, along with blues musician Muddy Waters and brickmaker George H. Black, becomes the subject of Gates’s meditation on the racial politics of remembering.

Included in the exhibition is a glimpse of the effects and vinyl collection of Knuckles, who died in 2014 and left behind some 5,000 records, all of which Gates purchased for his South Chicago archive. The rest of Knuckles’s records are currently at Stony Island and open to the public, who can flip through, look at and play them.

“I didn’t know Frankie personally,” says Gates, “but I was a fan and we’ve been in a room together. He was DJing and I was jacking [a type of dance associated with house]. I was happy to be witness to the genius. I was also a comfortably flamboyant heterosexual man in a largely gender-flexible environment, if not largely gay and closeted. The dancefloor allowed me an emancipatory opportunity that I didn’t have in other places except the church. And Frankie was an important part of that. In a sense my relationship with Frankie is that of an informed groupie.

“The AGO show is this kind of meta-demonstration of, ‘What are the iterations of what we might want a house museum to look like?’ Is the club not the house museum? Why use the word ‘museum’ at all? What Frankie needs is a club, and those albums need to keep spinning. Don’t lock that shit up. People want to honour him. I’m saying, ‘He should be honoured through our bodies. Ten months from now, you should be 15 pounds lighter because you honoured him.

“You go to a house museum about a sergeant in Massachusetts and you are going to see the sergeant’s sword, and his gun, and you’re going to see what food implements he used,” says Gates. “All of that shit just gets fixed: it means killing it so that it can live forever. My stance is, ‘No. Let it live forever and then die. Let it live so big.’ My investment in the canon has to do with releasing it from eternal death.”

Issues not only of activation, but of visibility, are paramount to “How to Build a House Museum.” In the first large room of the exhibition, Knuckles’s DJ equipment is nestled into a liturgical wooden space, diagonal to a display of five of Knuckles’s trademark baseball caps. On the walls are striking abstract paintings interpreting statistics on “Negro Progress” as gathered and presented by W.E.B. Du Bois at the Paris Exposition in 1900. Du Bois’s insistence that black accomplishments be set apart, visualized, through museological display, in order for black progress to be acknowledged and achieved, is provocative within a contemporary exhibition context over a century later. Has anything changed?

The objects in “How to Build a House Museum” embody a curious, affiliated simultaneity. Everything is treated as resplendent museum objects; some are non-white presences in a white space; others, such as bronze neoclassical sculptures from the AGO’s permanent collection, are compelled to conform to the blackness Gates introduces. “There are moments where I tried to submit to the rules of the museum,” says Gates. “I accept that there are vitrines, that we will have very nice vitrines. It moves back and forth between something we’re familiar with and something that seems like it should be somewhere else.

“Progress Palace is set aside so that people can comfortably jack,” says Gates, noting that, in addition to a moody, sublime video underlining the spiritual dimensions of house music and clubs as counterpoints to churches, there will be DJs and performers, incorporated via the AGO’s educational programming.

Gates admits with unmitigated passion that he’d like to start a school someday. “It is my intention that the museum lets in new communities. What’s the proper didactic? What do we write on the wall—something that gives people permission to move, where in the rest of the building they stand? What is the nature of the idea of the exhibition—inasmuch as it is made to be outside?