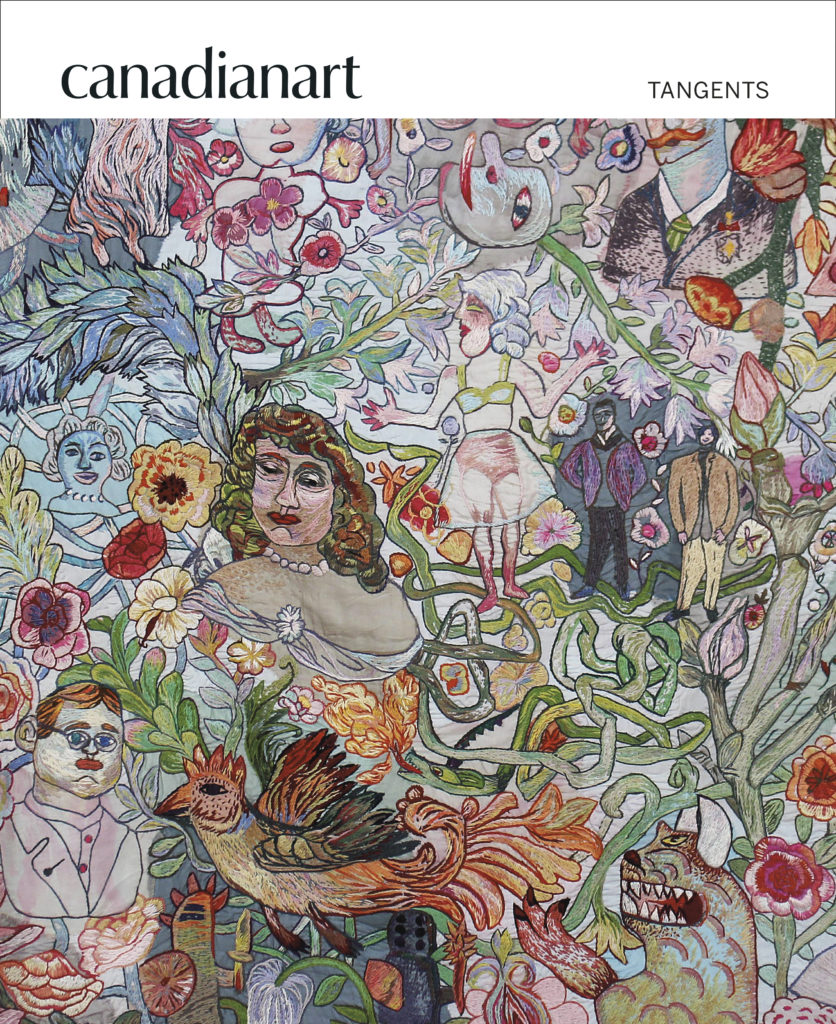 For this issue we asked artists to tell us stories about their stories—to write about idiosyncratic histories, side interests or obsessions, curiosities and unknowns. Taking our lead from artists and their research, we’re exploring how lateral and divergent thinking can produce ideas that change course, ideas that, however subtly, resonate and shift the direction of a project or practice. The stories that follow are all written by artists: some detail how the day-to-day aspects of personal life can directly inform a practice; others mine family histories, inherited narratives and obscure archives to find meaning in the present; still others focus on plant and animal life, exploring topics that may seem unrelated but which often lead to surprising parallels in one’s work.

Written entirely by artists, this issue explores the tangents of thinking and writing that inform artistic practice

The Territory of the Unsmelled

Smell can be both a memory and a chemical compound that triggers reactions in organisms—human, animal and insect

Sikoak, studying in Montreal, is not able to attend the upcoming hunt. But the tradition continues to influence his prints and drawings

by Jason Sikoak and Mina Campbell

The embroidery lessons that I learned from my mother and grandmothers seeded large, complex textile artworks

What is at the heart of an unrealized idea? The marginalia on Pasolini’s last screenplay mark the edges of a sacred story

A tour though a midcentury collection of Acadian music celebrates a unique culture while questioning an archive, one both fortified and fictional

In a fictional dialogue between two artists, the persistent image of a famous lighthouse and the story a sculptor intertwine

A national survey of artists who imagine otherwise

For his first solo exhibition in Canada, the Toronto artist presents a body of work that deals with a range of political, environmental and social concerns

In the third instalment of Walter Scott's graphic novel series, Wendy goes to grad school where she has new responsibilities to her students, friends and lovers—but is she ready?

Embracing the Uncertainty of the Earth with Jeneen Frei Njootli

In their latest solo show, Jeneen Frei Njootli spoke to the loving yet trying dependency that we, as Indigenous people, can have in connection to ancestral territories

Reviews in this issue also include: Ossie Michelin on “Acts of Resistance” at the Museum of Vancouver; Bryne McLaughlin on Manuel Mathieu at the Power Plant, Toronto; Chelsea Rozansky on Patrick Cruz at Gallery TPW, Toronto; Johanne Sloan on Cynthia Girard-Renard at Darling Foundry, Montreal; Harry Burke on Elif Saydamat Tanya Leighton, Berlin; and Christian Vistan on “Third Realm” at the Polygon Gallery, North Vancouver.

A Letter for Immediate Use