Sikoak, studying in Montreal, is not able to attend the upcoming hunt. But the tradition continues to influence his prints and drawings 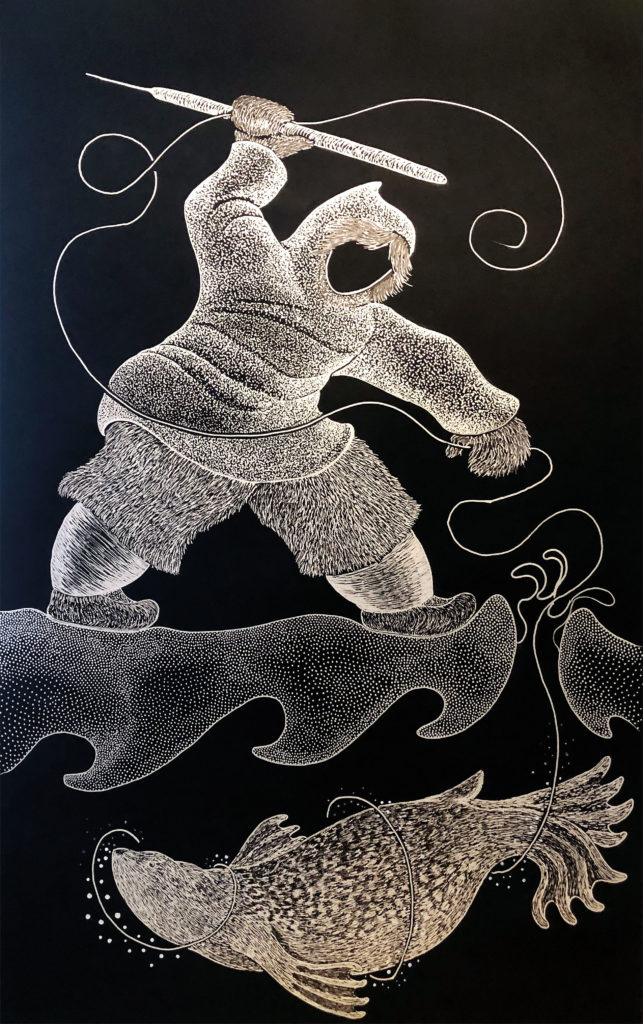 by Jason Sikoak and Mina Campbell

As the winter’s cold sets in, I’m reminded that, like many in and around the region, I come from a place that experiences the intensity of all four seasons. My thoughts jump to questions of what the winter will be like, weather wise, and how this will affect the annual spring seal hunt on Lake Melville (a.k.a. the Bay), Labrador.

I’m an artist who mainly works in drawing and printmaking, and much of the imagery in my work is drawn from Inuit life and storytelling. Since I’m currently based in Montreal, where I am attending Concordia University and working toward my BFA, the opportunities for me to be out on the land and sea are almost non-existent. I miss being around people who can tell me tales of hunting, fishing and trapping. These “yarns” still fill my imagination, and thus my sketchbooks, with images of our people practising our way of life.

A large percentage of my artistic practice of late—that is, the percentage that does not revolve around my history, struggles with spirituality or the current political landscape of my home in Nunatsiavut—is based on hunting traditions I have experienced myself, or heard about from my Elders in story form.

My favourite stories centre around our annual spring seal hunt, which takes place from about the end of April each year, depending on conditions, until the ice is no longer safely passable. In order to fill the void of missing this year’s hunt, I spoke with Mina Campbell, of North West River, Labrador, about her many experiences out on the Bay, in the Big Land.

Jason Sikoak: Can you remember the first time you hunted seal on the Bay?

Mina Campbell: Yup, I do remember, I do remember. I went with my Uncle Holman. I was probably 15, I think. That was my first year out, and I shot the first seal I ever shot and the last seal I’ve ever shot [with a gun]. So from then on I always use the dart: the unâk and the naulak!

JS: Were there lots of women hunting there back then?

JS: Did Uncle Holman teach you to clean your sealskins too?

MC: He taught me some, but I was taught mainly by my grandmother Edna. She used to clean skins for the hunters back then, and they used to sell them to the fur auction, right? I remember in our house there’d be sealskins hanging over every door, and everything would be in seal grease from the 20th of April or so, for a month. 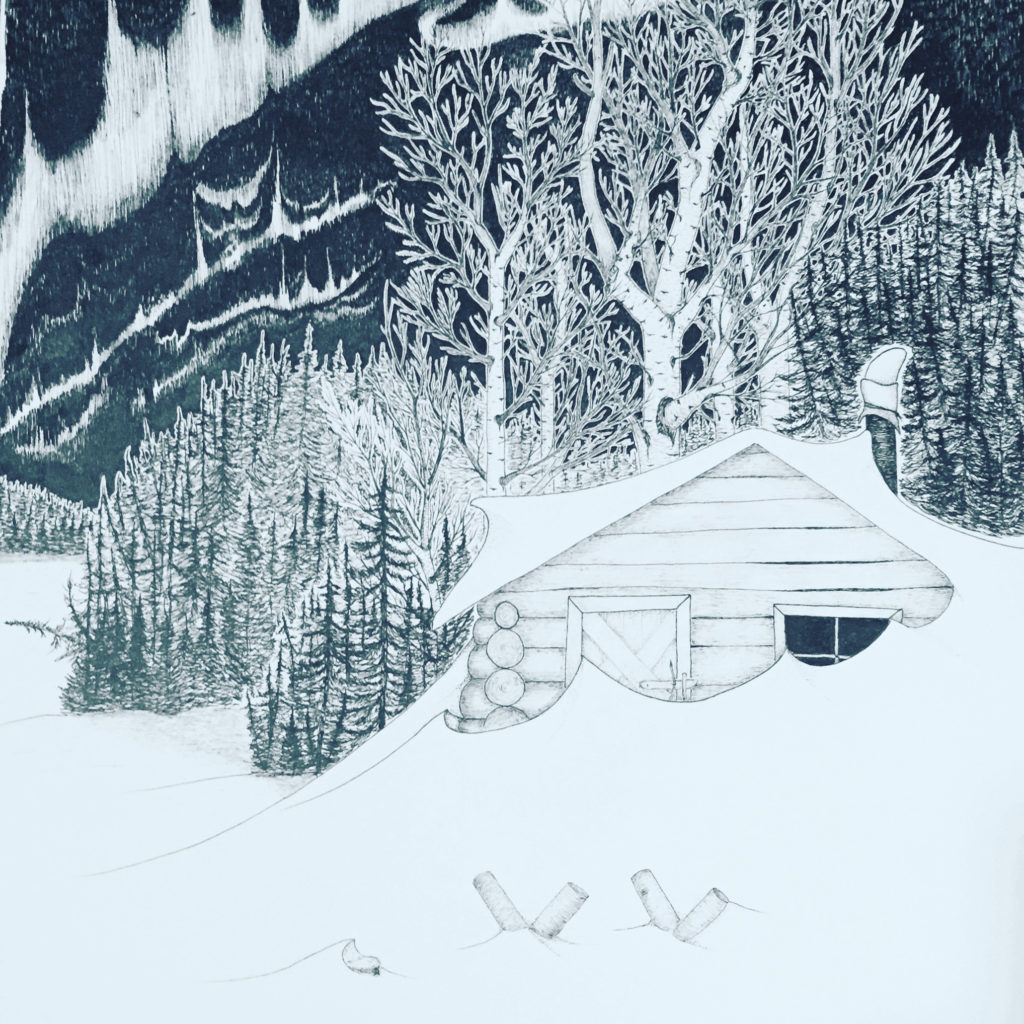 JS: Like you, I guess, we was always taught growing up that nothing goes to waste.

MC: Now I love cleaning sealskins. I clean them for whoever wants sealskins cleaned, because I love it. I can’t explain why; it’s just very relaxing. And it feels good that we killed this seal for some of my family or friends, because they’re going to use it. It’s a sin that so many sealskins get left out on the Bay.

JS: You mention you dart all your seals with unâk and naulak. When did you get your first naulak?

MC: I guess Uncle Holman probably gave me my first one, but I remember a special one that I had that Inuit Elder Jonas Palliser made for me. My now-ex-husband, Pat, was out working on the oil rigs, and he had this big, old, brass-looking dart. I brought it down to Jonas and he made me a little naulak out of it and the unâk to go with it. He told me every time I killed a seal to put a notch with the knife in the unâk. And, of course, every time I got a seal with it, he was the first one I’d give a meal of liver or meat to.

You asked me earlier about how to hunt: Uncle Holman taught me how to hunt, but he also taught me how to clean the seal and how to act while we was hunting. We’d be at the breathing holes and he’d say to stay by the hole very quietly, or else the seal would hear you— if you go moving your feet, it’s going to hear you. I mean, you can move your feet if you want, but there’s less of a chance of getting the seal, and that’s what we pass on, too, so it’s a good lesson in patience.

JS: It is. Now we’re in a consumer society and always distracted by other things. I think it’s just good to be out there and away from everything else, just you and the battle of wits against the seal, I guess. What do you think of the anti-sealing protesters?

MC: I think they don’t understand. That’s what I think. I think those people should come here and try to understand us. Why would they be protesting us getting food for ourselves? I think for anyone protesting sealing, I hope they’re not eating any meat at all! You mentioned something earlier about using every part of the animal, and I think another thing that’s part of the whole hunt is having respect for the animal. Hunters learn to respect the seal, and all the other animals as well. Do it the most humane way possible. Like when we dart one, it may not be killed instantly, but it will be killed very quickly. And then even after that, when we dress it, it’s treated with care and respect.

JS: I think that’s very important to teach the younger hunters. I find that in other places, a lot of hunters don’t have a lot of respect anymore for the way things were done. Have you ever gone snow blind?

MC: No, I haven’t. I know people who have and they say it’s one of the worst pains next to a seal finger.

JS: Ever have it, seal finger?

MC: No, but Uncle Holman had it one time and it hurt so bad it almost made him cry. Just a tiny cut is all it needs—if you have a little tiny paper cut, or maybe a hangnail. Some people say it’s the seal hair—if the hair gets in there—but I think it doesn’t have to be the hair, it just has to be the grease, and it’s like a kind of blood poisoning. It’s very painful. Whatever finger you get the seal finger on gets deformed, like crooked, and you can’t move it back, can’t straighten it out anymore. That’s what might stop me from doing sealskins, but I doubt it will.

JS: I was going to say, I don’t think you’d let that stop you, Mina.

And even if you don’t get a seal, it’s an exciting time for everybody out there. It’s a tradition that’s been going on in our families for generations and generations. It’s a big part of our culture and our heritage, and it’s something to look forward to. And, like I said earlier, there are a lot of life skills to be learned around seal hunting.

There are a lot of different things that make seals and seal hunting important to us.

This article originally appeared in print with the headline “Out on the Bay.”

Jason Sikoak is an artist from Nunatsiavut currently working with mixed media, pen-and-ink drawing and linocut printmaking. Born in Rigolet, NL, and currently based in Montreal, Sikoak started working with wood, stone, bone and antler before expanding to pen and ink. His work was included in the travelling exhibition “SakKijâjuk: Art and Craft from Nunatsiavut.” Sikoak is currently pursuing a BFA in studio arts at Concordia University.

Mina Campbell is an Inuk woman from North West River, Labrador. She has worked as the curator of the Labrador Interpretation Centre, a cultural centre representing Labrador’s cultures, since 1998. Campbell was raised by her grandparents, who instilled in her their traditional heritage and lifestyle. Campbell practises many traditional hunting, fishing and land-based activities, and she is interested in teaching and passing on her skills while continuing to learn more.

Who Is Not Being Heard?

In their editors’ note for the Spring 2019 issue of Canadian Art, Kablusiak and asinnajaq ᐊᓯᓐᓇᐃᔭᖅ write about making space for Inuit and other circumpolar Indigenous artists 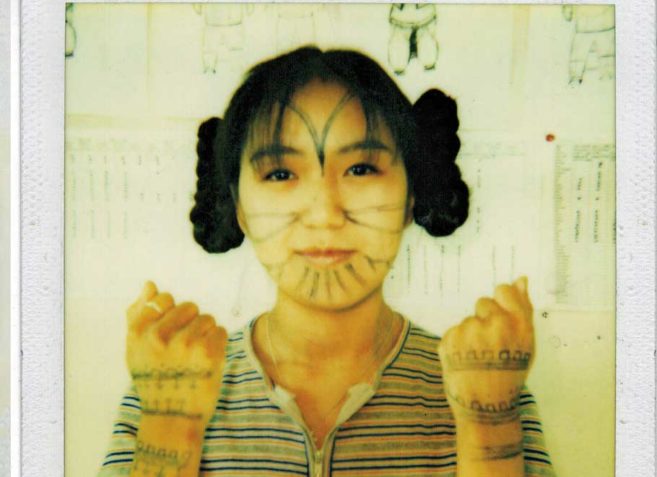 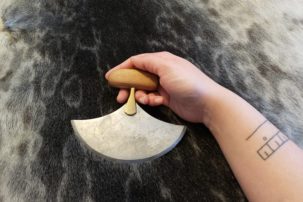 "I marvel at our ingenuity as Inuit" 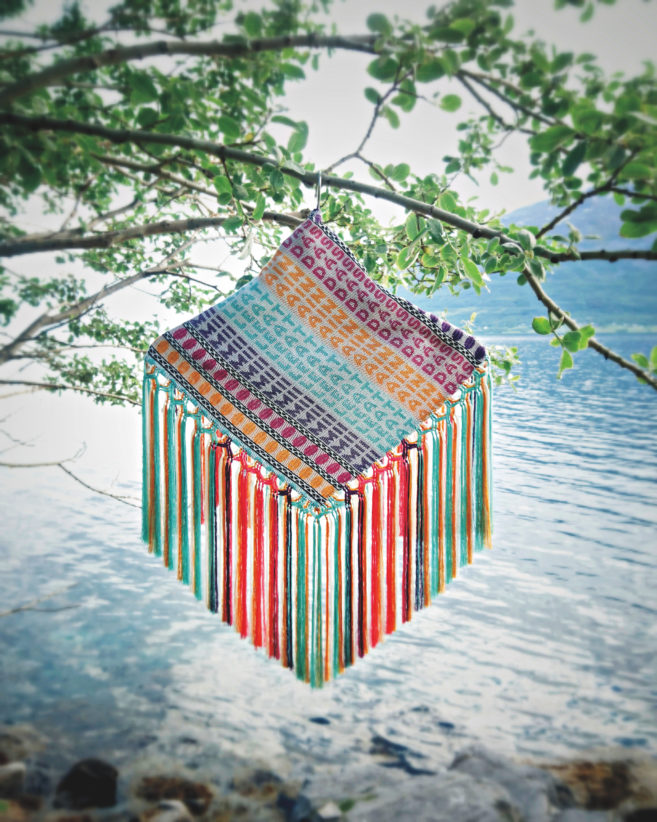 How does time connect us? In this conversation on Inuit throat singing and Sámi yoiking, Niillas Holmberg and Tiffany Ayalik discuss the importance of maintaining cultural autonomy 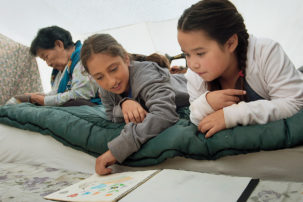 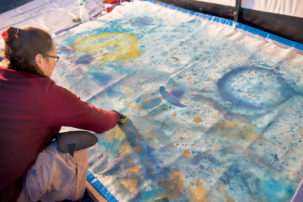 A Night in Nunatsiavut

On October 8, 2016, generations of Inuit came together to shine a light on a region that has been artistically ignored.