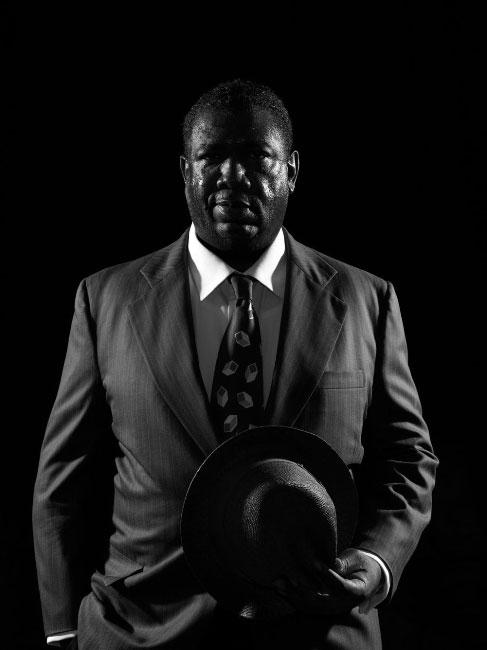 There is a poignancy inherent in Centre A’s current exhibition “To|From BC Electric Railway 100 Years,” inspired by the building that houses the gallery—previously the hub of the region’s streetcar and interurban railway lines.

The show’s themes of arrival and departure, and the site’s importance in the collective memory of Vancouver, offer a melancholic gestalt as the gallery’s own future at 2 West Hastings Street is at stake; Centre A’s ground-floor space in the six-storey Second Empire Renaissance–style building could well be under threat given that the property was transferred to new owners on August 1.

Indeed, Abbas Akhavan’s gold-leafing of the cracked concrete floor (from his spring show with Marina Roy) offers a tangible reminder of Vancouver’s “real estate is the new gold” ethos, which has put pressure on many local cultural spaces of late.

Given pervasive local concerns around space and its use (as well as its transience) there really could not be a more fitting current show in this historic building, a site that was once the very vortex of Vancouver’s urban scene and is now a prominent landmark in the increasingly gentrifying Downtown Eastside.

Annabel Vaughan, whose practice bridges art and architecture, co-curated the show with Centre A’s Makiko Hara. The building was the subject of Vaughan’s master’s thesis at the University of British Columbia’s School of Architecture and Landscape Architecture in the late 1990s, and her longtime friend (and Centre A co-founder) Hank Bull helped bring in her expertise on this exhibition.

Overall, “To|From” evokes a sense of longing and voyage, of geography and identity—themes embedded not only into the show, but also into the site itself, which was a rail hub from 1912 until 1957, and then a Bank of Montreal branch until 1991. The project features six very different artists who explore various aspects of the immigrant experience and the transitory nature of Terminal City. A natural dialogue and a dynamic sense of movement also develops between the works themselves.

Vaughan’s love affair with the building and its impressive bones—20-foot ceilings and 4-foot-deep steel I-beams—is reflected in her thoughtful curatorial approach. An arrangement of partitions frames the centre of the space, physically invoking and tracing the presence of the old streetcars that actually stood here 60 years ago. On one wall, a huge map of the 1930 streetcar routes (which once stretched from Point Grey to Chilliwack) and various BC electric logos hand-painted by Vaughan orient the viewer.

Vanessa Kwan’s Vancouver Family consists of framed ink-on-paper prints of postcards solicited from some 300 Kwans in the Vancouver telephone directory following the artist’s arrival from St. John’s; it offers an elegant yet ironic reminder of our colonial and post-colonial context. In response to Kwan’s question “Is there a place you’d like to go, but have never been?” one person responded, “I have never been to a safari in Africa or South America where wild animals can still roam.” Another distant relative offered, “I have never been to Egypt where pyramids line the skyline and dust roams the pathways.”

Haida/Québecois artist Raymond Boisjoly—who grew up in Chilliwack where a misguided school system forced him to learn a native language (Halq’emeylem of the Sto:lo nation) that was not his own—offers a wall text in red that mirrors the shape of Vaughan’s map. The all-caps text reads as follows: “WITH ALL THE WORDS I NEVER KNEW AND HAVE SINCE FORGOTTEN I MIGHT HAVE SAID ‘HELLO’ OR ‘THANK YOU.’”

Stills from Ali Kazimi’s film Continuous Journey (to be screened at the gallery on October 20th) offer a collage of colonial images: British officers, immigration officials and Indian nationals on board the Komagata Maru, infamously turned back from Vancouver in 1914.

Kazimi’s work resonates with Evan Lee’s Ocean Lady Migrant Ship Re-creation Project, which explores media coverage and controversy surrounding the 2009 arrival of a boatload of Tamil refugees. Lee’s in-progress project—represented here by a 3-D boat model and two prints—juxtaposes pixellated faces from the original Ocean Lady news coverage with photos of random Asians from an online dating site; here, the artist plays cleverly with the tension between representation and reality.

Four staged black and white portraits from Stan Douglas’s Malabar People series—based on research his uncle has done on Vancouver’s mid-century nightclubs—stare out at Cindy Mochizuki’s recreation of one of the many Japanese candy stores that thrived on nearby Powell Street prior to the massive internments of 1942. Audio of local Japanese-Canadian seniors recalling their childhood candy-shopping expeditions augments objects from Burnaby’s Nikkei National Museum, accentuating the tension between absence and presence.

In a gallery facing a likely move, in a neighbourhood that has experienced various stages of erasure and neglect, and in a city that still fails to fully acknowledge its past, Centre A’s “To|From” speaks volumes.

This article was updated on October 9 and 10, 2012, to clarify selected terminology.