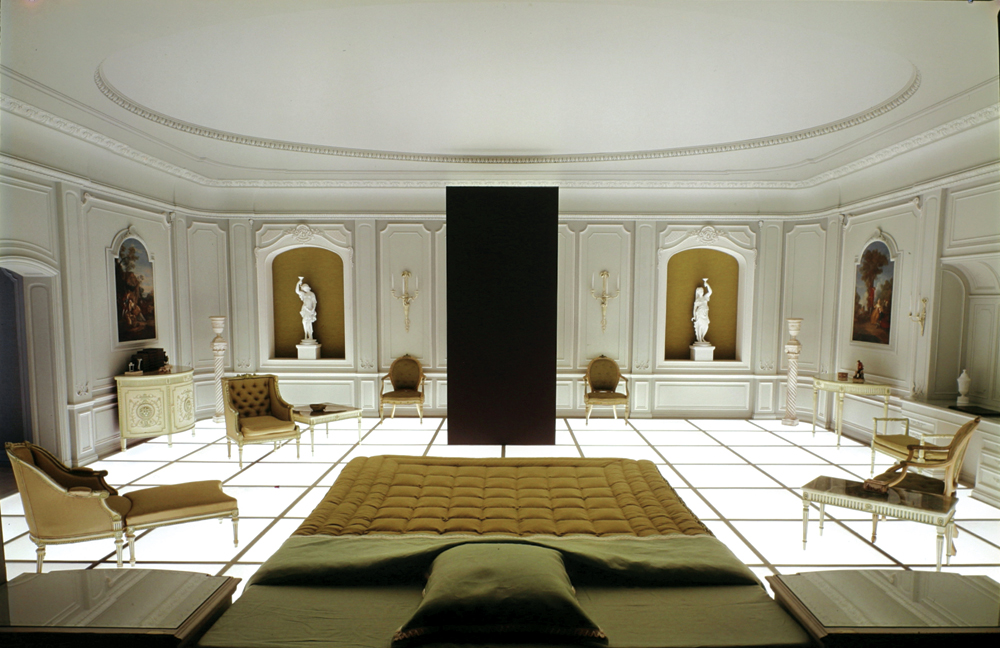 Since it opened in 2010, TIFF Bell Lightbox’s gallery has generally seemed to waver between two poles: fan-oriented paraphernalia displays that function as transparent revenue boosters, and halfhearted attempts at fulfilling the gallery’s stated mission to “explore the intersections between cinema and visual arts” (though the Wavelengths section of the festival already does a better job of this than the gallery).

Despite this, I was looking forward to “Stanley Kubrick: A Cinematic Odyssey.” Kubrick sought and achieved popular appeal, and yet he was also a relentlessly innovative filmmaker who made challenging, idiosyncratic work, at his own glacial pace and according to his own meticulous methods. This rare combination, along with the availability of a wealth of supplementary material (Kubrick was a great self-archivist) seemed to bode well for TIFF. Plus, the exhibition had already enjoyed acclaim in its previous—albeit more expansive—mountings, at venues such as the Deutsches Filmmuseum in Frankfurt (2004) and the Los Angeles County Museum of Art (2012–13).

Unfortunately, TIFF’s abridged version registered as little more than tie-in marketing for its retrospective of Kubrick’s films. The main-floor HSBC gallery was organized chronologically. It started with Kubrick’s first shorts, made in his early 20s, then proceeded through rooms dedicated to each of his 13 feature films, ending with Eyes Wide Shut (1999), which was just completed when Kubrick died at the age of 70. The rooms were overstuffed with diverse items: an excess of behind-the-scenes photos; lots of promotional material; some costumes, props and technical equipment; some storyboards and production sketches; a few script pages with Kubrick’s handwritten notes; a few letters to or from Kubrick.

Little context was provided to help sort through these materials. Models from 2001: A Space Odyssey (1968) were displayed with hardly any information about that film’s innovative special effects. Complex production schedules were presented without indication as to whether they were typical examples or were intended to tell us something in particular about Kubrick’s methods. A series of poster ideas for The Shining (1980) by legendary designer Saul Bass were displayed with Kubrick’s blunt, handwritten criticisms. These are intriguing if one knows who Bass is, and if one understands how rare it is for a filmmaker working with a major studio to be so involved in promotional materials, but none of this was made clear.

The most fascinating material was presented almost as an afterthought in the free-admission CIBC gallery. Despite the lacklustre installation, it housed an impressive display of Kubrick’s pre-filmmaking work as a prodigious teenaged photographer for Look magazine, as well as an intriguing sampling of his extensive research materials for his major unrealized projects.

If one knows a lot about Kubrick, inevitably a few items on display would have been of interest. However, the exhibition failed to provide any revealing perspective on Kubrick as a filmmaker or a person. To that end one would have been better off reading one of the many books about him (Michael Herr’s Kubrick is a good place to start) and, of course, watching his films.