Rosie Prata plays back her highlights of the year in video, reviewing the music videos, memes, ads, films and artworks that are worth recording. 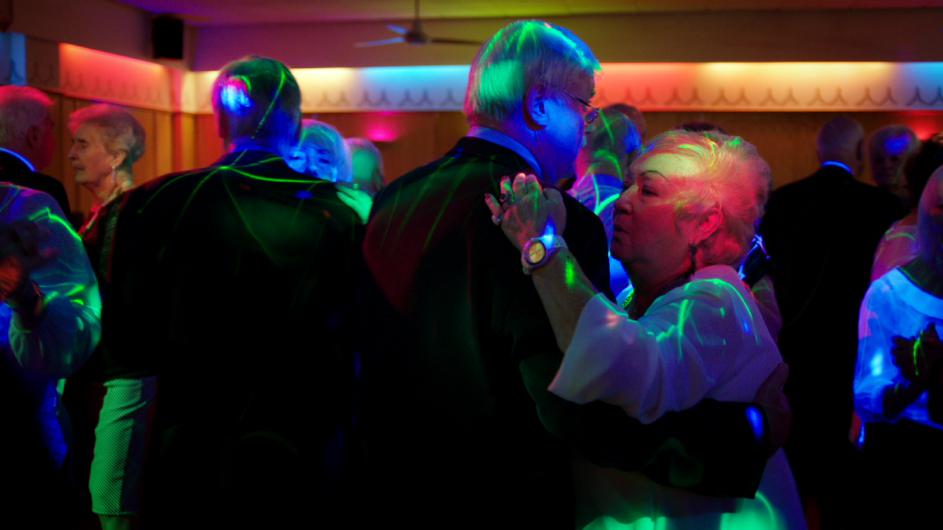 Film still from Phil Collins's Tomorrow Is Always Too Long, 2014.

The cultural moments that define 2015 for me are largely video-related. Maybe it’s because I spent between nine and 12 hours each day in front of some sort of screen—oh dear, just thinking about that makes my right eye twitch—or because I just have a personal preference for video art, but my favourites were all contained within this medium. I consumed a copious variety of video content. Music videos transcended the modes of their genre—I’m thinking of Björk’s 360-degree virtual-reality tour de force for “Stonemilker” and Jon Rafman and Daniel Lopatin’s slime-filled LARP battle for Oneohtrix Point Never’s “Sticky Drama,” of FKA Twigs, Rihanna, Grimes and Peaches writing, directing and starring in graphic, fearless (and violent) feminist short films, and, of course, of Drake, whose James Turrell–inspired video for “Hotline Bling” spawned almost as many Internet memes as “Netflix and Chill” (but hopefully not as many regrettable sexual encounters).

M.I.A. and Kendrick Lamar tackled socio-political issues (the migrant crisis and police brutality, respectively) head-on, and videos shot on smartphones, dashcams and surveillance cameras captured the unlawful arrests, and often deaths, of unarmed black Americans who died in police custody this year: Sandra Bland, Eric Courtney Harris, Walter Scott, Samuel DuBose, Freddie Gray. The women of Hollywood spoke out against underrepresentation and inequality in the film industry, and marketing executives in the video-game and advertising worlds started catching up to the idea that we should raise boys and girls the same way. The viability of virtual reality becoming mainstream was proven when the New York Times launched its free virtual-reality app, NYT VR, and sent out cardboard headsets to 1.1 million print subscribers—I’d say it’s safe to predict that’s a technology we’ll see a lot more of in art and elsewhere in 2016. Here, I’ve made a mixtape of sorts, of the top three videos I viewed within an art context in 2015.

A funny thing happened during the Q and A period after this hybrid musical/documentary/animation opened Toronto’s Images Festival: someone in the audience asked artist Phil Collins what the genesis of the idea for his film was…and nobody laughed. His response was that his strange and charming film is his love letter to Glasgow, where he lived for 20 years—and which he has loved for his entire life. After meeting some of its residents through the film’s all-ages cast of “dead ordinary” Glaswegians (a bartender at a karaoke night, young parents with a newborn, OAPs at a disco, a psychic named Mindy), who dance through its streets singing glorious orchestral pop, I fell in love with it too. This clip shows a Barlinnie Prison inmate singing “Are You With Me Now?” by Welsh enchantress Cate Le Bon, played by the Royal Scottish National Orchestra.

When I sat down in the theatre for the screening of Chantal Akerman’s newest film at the Toronto International Film Festival this September (it is also her last film, as she passed away in early October), the woman in the seat beside mine said, “I bet you 25% of the people here leave within the first 10 minutes.” As the film opened on a five-minute-long scene of violent winds whipping the stripped boughs of a tree in an arid Israeli desert, my seatmate quickly won her own wager. I was in the mood for Akerman’s slow, almost excruciating pace, and felt prepared for what I was getting into—just a few weeks earlier, I had attended a screening at Videofag of her 1975 career-defining masterpiece Jeanne Dielman, 23 Quai du Commerce, 1080 Bruxelles—but was nevertheless taken aback by just how deeply this film affected me. It documents Akerman’s intense and loving connection to her ailing mother (who, it is made clear, is what she defines as “home”) through conversations the two have while Akerman is on location around the world or visiting her mother’s Brussels flat. As in so many of Akerman’s films, nothing much really happens, but the emotional weight of what is being felt and not said hangs heavily. Their love for each other is strong—unyielding, like that wind-battered tree—but their attempts to connect are frustrated repeatedly, either by distance or by the mundane patterns of routine. It’s so real that it is at times difficult to watch. Scenes such as the one in the excerpt above reminded me so much of my relationship with my parents, and my own profound bond with them, that I wept.

3. James Baldwin on Mavis on Four

This video, an interview between activist, writer and social critic James Baldwin and journalist Mavis Nicholson, was one of clips shown during “Talk Show,” an exhibition organized by Pip Day at Montreal’s SBC Gallery of Contemporary Art as part of the focus program Água Viva (which takes its name from and is inspired by the book by Clarice Lispector, which I also read and loved this year). I watched the Baldwin clip at least twice, and then again on YouTube when I got back to my Airbnb, and then again each time I emailed it to my friends. I often send it along with a link to cheyanne turions’s essay on the video, which leads to further recommended reading. In this truncated interview, Baldwin talks to Nicholson about how discussions of race that skirt addressing destructive forces of power are “a way of avoiding history.” Each time I watch this clip, I end up lost in an Internet rabbit hole, headphones on, stacking tabs, following links that lead to other videos. I’ll be following closely while the James Baldwin conference goes on in Paris next year. He has become an author whose work I will read and whose talks I will listen to for the rest of my life.