Nancy Webb’s Top 3 of 2015: Don’t Ask Me about the Similarities Between Art and Comedy 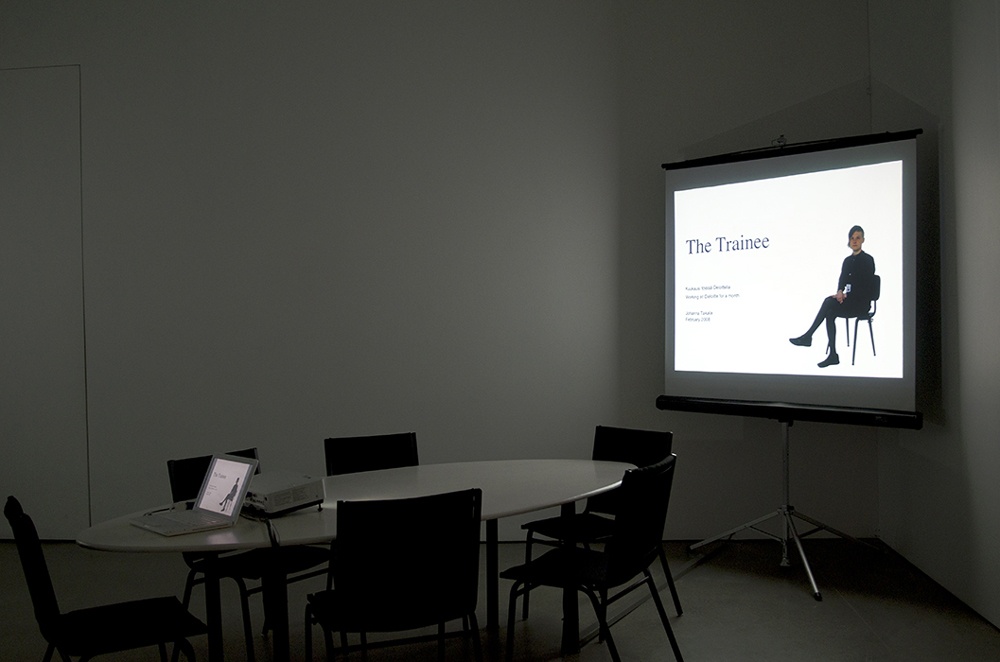 Nothing saps comedy of its joy more effectively than theorization. Still, it’s pretty hard to resist analyzing Kate Berlant’s performances beyond the laughs. Berlant is an LA-based comedian who is kind of annoyed with being labeled an experimental comedian or an art comic, but has managed to turn said labels into an opportunity for important discussion. Asked to contribute an essay on the amalgamation of art and comedy to Art in America, Berlant writes: “I’ve been so moved to avoid writing this article that I watched Eat, Pray, Love (again), ate two undercooked yams and left scathing feedback on an online baby-shower registry.” I first discovered Berlant through short online videos made with fellow comedian John Early, wherein the two amplify subtle personality tics and antagonistic competition to a really intense and funny conclusion; these cemented my decision to see her live in Montreal this summer as part of the Just for Laughs Festival. If you can imagine combining vocabularies from cognitive therapy, motivational speaking, alternative medicine and an MFA crit defense and then utilizing them in a 30-minute improvised set in which stealing cosmetics is justified as deeply feminist, then you are minutely closer to understanding Berlant’s performance style. Much of her set was spent guessing the names and mundane personal details of audience members while scanning the crowd with a determined gaze—“someone in this room owns a Toyota Prius.”

Although this circles us back to the staleness of comparing art and comedy, Berlant’s academic background in performance studies is a vital part of her style. There is immense glee in seeing the language of academia garbled up and mimed after spending years within institutions where academics insist on subbing in the word “ludic” for “funny” wherever possible. There can also be immense freedom in maneuvering outside of the structures of the art world. While certain types of performance art and comedy seem to be merging—the same day I saw Toronto comedy/performance trio Fake Injury Party perform the dark, absurdist piece LIVING IS A HILL (RUN FOR YOUR LIFE YOU BIG SOBBING FOOL) at CK2 Gallery—the risk of bringing subversive forms to comedy clubs seems to outweigh the relative security of art galleries and museums, where audiences are typically primed for shit to get weird.

Ultimately, as Berlant puts it: “Art and comedy are deeply connected in that both are intensely capitalist, self-important and exclusionary worlds.” However, the gamble involved in performing unstructured, unsexist comedy to an unimpressed couple that drove in for the night to see a big-name comedian in a stadium but had some time to kill before the show is pretty profound. And the fact that at the back of the club, beyond the crowd, Berlant’s friend and collaborator John Early could be seen genuinely losing it at every single one of her jokes was just about the most beautiful and true thing in the world.

Sometimes you see an exhibition and forget everything that was in it except for one thing because that one thing was so bizarre and perfect that you still think about it when you’re riding in an elevator or staring at nothing. The Trainee, a video-based installation by Finnish artist Pilvi Takala was shown at Galerie de l’UQAM last January as part of the exhibition “The Disorderliness of Things.”

The premise of Takala’s video is that she infiltrated her local branch of Deloitte—a financial services company—pretending to be an intern and then just did nothing for a month, which was profoundly disturbing to the office’s employees. Filmed using hidden cameras, the footage begins with Takala introducing herself politely to coworkers and then sitting at an unassigned desk and staring blankly into space. When an employee notices she doesn’t have a computer, Takala responds that she’s just “doing some brain work,” which becomes a kind of catchphrase throughout the video. We are shown email correspondence in which employees discuss Takala’s presence and purpose in the office with increasing bewilderment and frustration: “Now the trainee has placed herself in the elevator closest to the cantine . She’s standing in the back corner drifting from floor to floor with the other users. People spend senseless amount of time speculating this issue.”

If you’ve ever had a corporate job or worked in any office (or spoken to anyone who has, or watched television or movies), you will appreciate how quickly one tear in the delicate social fabric of office life rips the whole thing to shreds. Takala manages to interrupt the benign flow of decorum simply by not looking at a computer screen, highlighting the disturbing new reality that if you’re idle (thinking, waiting) and not looking at a screen, you’re suspicious. Takala’s piece also speaks to the ways that individuals get swallowed up or go unnoticed within bureaucratic systems—at first nobody questioned her status as a trainee and she just managed to float through every day simply by being a body in a space. The Trainee offers an endearing and refreshing alternative to the following equation: hyperproductivity = normalcy.

Chances are, if you live in or have visited Montreal you have spent a Saturday afternoon edging between tables packed with handsomely curated books at Librairie Drawn & Quarterly, lightly sweating in the face of so many tempting options and trying not to create an avalanche with your parka. The homegrown publisher’s programming this year was pretty unbeatable, including book launches by Shary Boyle and Emily Vey Duke, Roxane Gay, Eileen Myles, Gloria Steinem and Carrie Brownstein, to name a few. Because I’m attempting to read a year of memoirs, journals and biographies, I snapped up musician-writer-actor Carrie Brownstein’s Hunger Makes Me a Modern Girl right away alongside tickets to Brownstein’s talk at the book’s Montreal launch in early December.

Preparing to see a writer in person by reading her memoir is intimate. Broken down, it’s like this: every night before bed I read a book full of your secrets in anticipation of watching you talk about them in the same room as me. Hunger Makes Me a Modern Girl is both tender and tough—Brownstein is vulnerable but not effusive. She describes emotional turmoil with precision but without evoking pity. The book is, as she described it onstage at the launch, “a love letter to music,” more than anything—an embodied portrait of squirming awkwardly into self-knowledge within Olympia’s Riot grrrl scene. Brownstein’s talk filled nearly every seat of the Rialto Theatre and her interview with writer Haley Mlotek translated to a feeling of buoyant expectancy in the audience. She answered so many audience questions that were slightly adapted versions of “Am I going to make it as an artist/musician? How?” with genuine patience and frank humour. Portlandia is never discussed in the book, but it lurks in the subtext—all of those years spent crashing at punk houses, sleeping in “a feral pile” with bandmates, passing through Pacific West Coast subcultures and landing in Portland have amounted to an anthropological astuteness. And even though the memoir is darker than it is funny, there are still moments like this: “Sometimes I think the best you can ever feel in a photoshoot is like a sexy clown.”