They Made A Day Be A Day Here: Prairie Positive 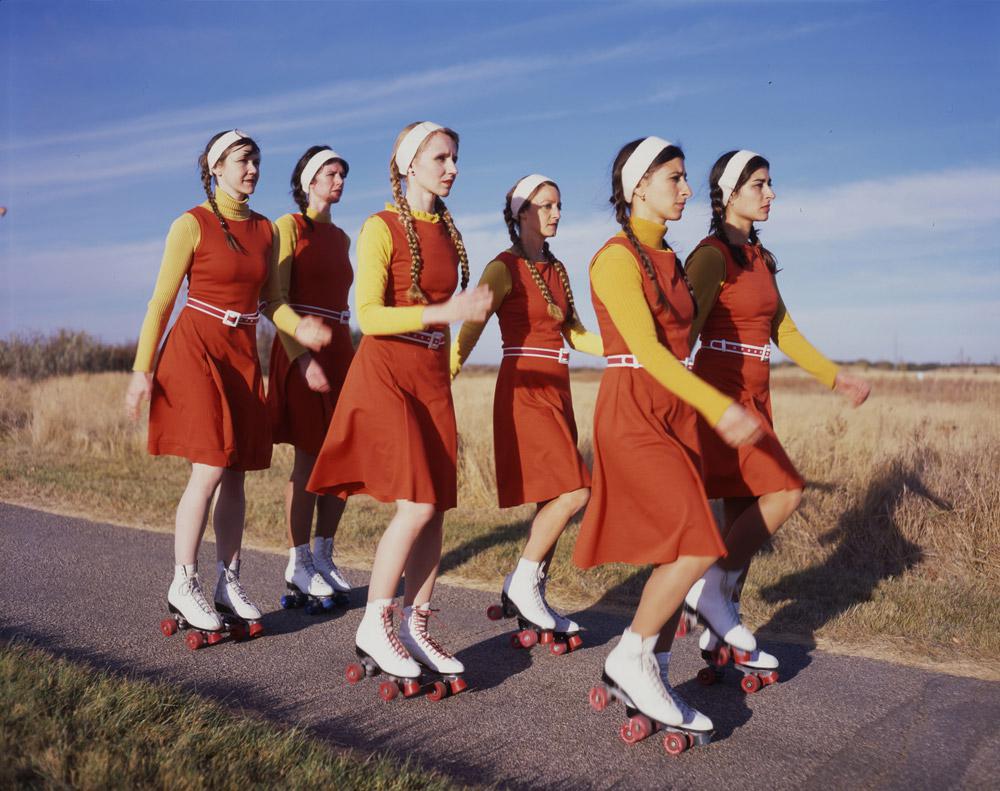 Divya Mehra, the catalyst for change so often in history is War, 2010. Installation.

Divya Mehra, the catalyst for change so often in history is War, 2010. Installation at “They Made A Day Be A Day Here” at the Mendel Art Gallery.

The past few years have seen a number of major regional art surveys, from Micah Lexier’s recent homage to the Toronto art scene in “One, Two, and More Than Two” at the Power Plant to “My Winnipeg” at Plug In ICA, “Flatlanders: Saskatchewan Artists on the Horizon” at the Mendel Art Gallery, and “We: Vancouver” at the Vancouver Art Gallery. Exhibitions such as these have often acted as representatives for their respective cities and provinces. But despite the valuable place of the regional survey as a catalogue of the current aesthetic preoccupations of any art centre, there is always an element of curatorial risk in them—namely, that the survey might act as a system of classification, only delineating an art scene’s most prominent makers, and then characterizing their practices as exemplary, thereby reducing the identity of a given art scene down to a few particular practices, or worse, to a set of regional tropes.

“They Made A Day Be A Day Here”  has all the trappings of a regional survey show, with none of the pretense of cataloguing the prairie art scene. The exhibition first opened at the Art Gallery of Grande Prairie in June, recently wrapped up a run at the Mendel (where I saw it), and it is touring next to the University of Manitoba School of Art Gallery.

Amy Fung, the exhibition’s curator, brings a refreshing honesty and vulnerability to her process: the exhibition is a result of her work from 2007 to 2011 as an itinerant prairie art critic, and she makes no efforts to conceal the fact that the works she has selected for the exhibition represent her own entanglements and fascinations with some of the artists she encountered during that time. In the text accompanying the exhibition—a condensed version of which is available online on each artist page of the exhibition’s website—Fung details the circumstances that first brought her in contact with each artist and their work, flexing her muscles as an art writer to inject an element of personal storytelling into the exhibition. At once precious and ambitious, “They Made A Day Be A Day Here” fuses personal histories with cultural prairie lineages, and the day-to-day messiness of the art scene with the comparative isolation of prairie geography.

The exhibition attends to the nature of space on the prairies, bringing fragments of the world around it inside. A simulation of Tammi Campbell‘s studio sketches the outline of a place where Saskatchewan’s history of Modernism unfurls in the curl of a segment of masking tape; it’s a neatly maintained space that conjures the multi-purpose nature of prairie studios as artist-run centres and gathering places. Brenda Draney‘s salon of small paintings appear to comprise both mundane images of small-town life and major art-world references (such as Maurizio Cattelan‘s suspended horse sculptures), when in fact they are snapshots of the impact of a devastating fire in Slave Lake—any art-world confluence is a matter of coincidence. The fragmenting of space and identity manifests again in Jennifer Bowes‘s sculptural accumulation of tiny paper boxes, in Jennifer Stillwell‘s cascade of unravelled climbing ropes, and in Leesa Streifler‘s paintings of segmented and vulnerable bodies.

Further playing on the cataloguing nature of the regional survey, Mary-Anne McTrowe’s crocheted collection of love songs in binary code exemplifies the arbitrary nature of classification, the patterns by which we transmit complex knowledge. Fifty small textile pieces each carefully express a single song’s title in a system of eyelets. The tired clichés of love songs laid bare by a methodological display become strikingly funny, and it is difficult to banish the itch-like urge to mentally replay even the most inane of them (Michael Bolton’s “When a Man Loves a Woman” and Celine Dion’s “The Power of Love” are among the songs included).

Wednesday Lupypciw‘s meditation on craft and feminism in Alberta history plays out over the course of her video Loom Music: it’s part documentation of a cast of researchers and artists struggling to do justice to the feminist craft scene of 1975 Red Deer, and part re-enactment of the activities of spinners, weavers and dyers of the era. The disjointed and skittish narrative, complete with entire conversations played over footage of housecats, awkward skits about textile processes and feminine energy, and the recurring memory of a utopian weaving getaway in the middle of a field, plays with the language of craft histories, second-wave feminism, and the lineages of contemporary craft artists. In a region where many women’s relationships with craft often originate with some version of the Eastern European settlement experience—early immigrants forced to make something out of nothing, following the traditions of feminine handicraft—Lupypciw’s video questions the value of casting this labour in a heroic light. In a series of perambulations around the 1975 group’s activities, she hits on the seductive and utopian qualities of craft history that invite revisionism and pull the contemporary onto the past.

Discomfort and dissent unfold throughout the exhibition, too, further undermining any perception that the works within it form a cohesive picture of prairie artmaking or identity. Divya Mehra‘s the catalyst for change so often in history is War plays on the graphic conventions of Facebook with a large wall installation of a text which reads “I don’t want to be friends.” Drawing the gaze upwards (for it is always installed at some height), it overhangs the entirety of the exhibition, emphasizing community fractures, colonial histories, rifts, refusals, unbelongings, and the (un)friendliness of the prairies for newcomers. Meanwhile, Heather Benning‘s The Altar co-opts medieval Christian iconography to tell the story of a woman’s beheading at the hands of her ex-husband as she fled a burning farmhouse. As Benning comments in an accompanying text, for many of the West’s settlers, the myth of starting afresh loomed just out of reach as people found themselves bound to the turmoils they were trying to escape.

Despite the exhibition’s refusal of some overarching and universal notion of the prairies, or of the kind of art made there, “They Made A Day Be A Day Here” is particularly evocative of the daily manoeuvres of prairie life and the connections (both tenuous and deep, isolated and warm) that hold artists together across that flat expanse of Canada. For those of us who have left the prairies, it also presents an opportunity to rethink our “heres” and “elsewheres,” the necessities of staying or leaving. There is a magical prairie potential which echoes through Amalie Atkins‘s photographs of uniformed, rollerskating women, Sarah Anne Johnson‘s whimsical inclusions into the landscape, and Maria Madacky’s ice-like acrylic accumulations. Fung’s exhibition conjures a space for the prairies where indefinability and irreducibility are not deficits, but potentialities.