Some people say Indigenous media artists should spell out the realities of living in a colonized world. Fallon Simard doesn’t do that. 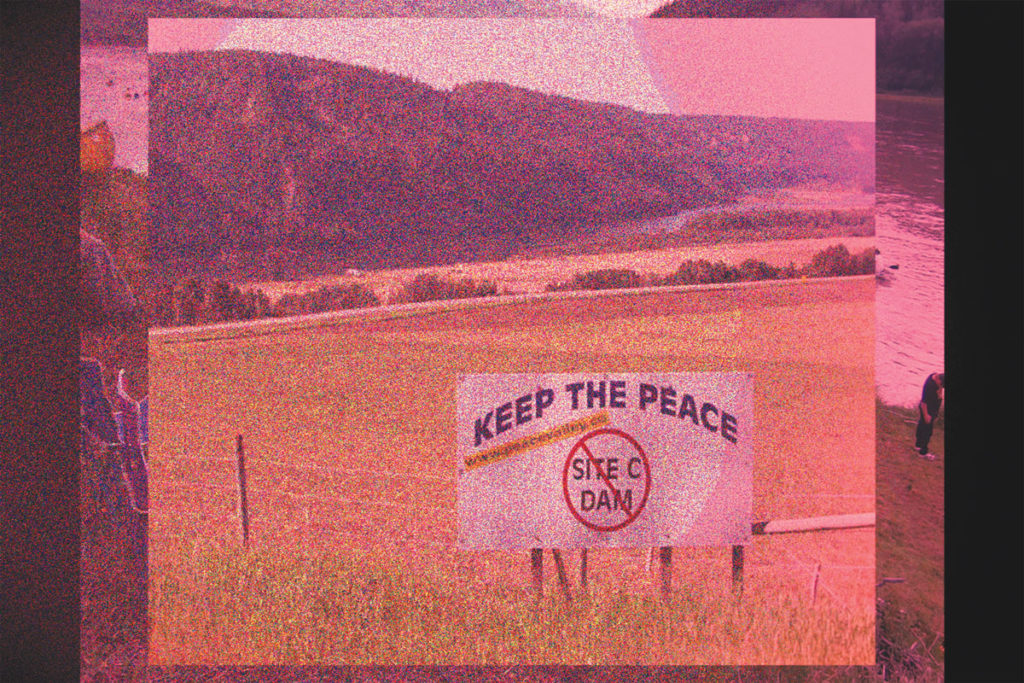 Well-meaning people will often advise Indigenous media artists to explain Indigenous issues to an (assumed) non-Indigenous audience. We’re asked to gently take their hands and lead them through the rough, tricky, tender realities of being Indigenous in a continually colonized world. Fallon Simard doesn’t do that.

Simard’s work is experimental, and forces you to consider Indigenous issues without a friendly “Indian” guide. Some of their work is more abstract, such as Womb (2016), a video of mostly pink, womb-like colours with flashes of blues and yellows, and the sounds of Indigenous singing and muffled conversation.

As the visuals and sounds shift, one is reminded that Indigenous cultural identity is formed even before birth, as our mothers engage in our communities. There have been theories about in utero learning from what happens in the mother’s environment. My own mother was taking a film-studies course while she was pregnant with me, and we have often joked about her studies having some kind of impact on my future life as a filmmaker.

Simard tackles more traumatic realities of current Indigenous concerns in works such as Continuous Resistance Remix (2013), which celebrates Indigenous revolution while acknowledging the psychological and physical toll fighting state terror has on us. Canada’s overarching goal is resource extraction, not creating a home and community. Many Indigenous people have said they belong to the land, and not the other way around. Belonging to the land implies a caretaking role while we form a loving interconnected community, rather than taking roles associated with a resource-based economy. Protests shown in Simard’s video create familiar feelings in Indigenous viewers of communal struggle, and frustration that much of Canada doesn’t see the problem in destroying land, and the people belonging to it, for profit.

In Land Becomes Ghost (2016), screenshots of news articles and protest advertisements about the Site C Dam repeat in a cycle with an anxiety-provoking soundtrack. Television static obscures the images as the title of the work reminds us that lands that people have lived on and made a living working with will soon be a distant memory. Simard’s work is firmly situated within a strong history in Canada of experimental Indigenous video art. Their experimental, politically charged work gets to the heart of issues of Indigenous sovereignty and struggle.

This post has been adapted from a review in the Summer 2017 issue of Canadian Art. To get every issue of our magazine delivered to you before it hits newsstands, visit canadianart.ca/subscribe.