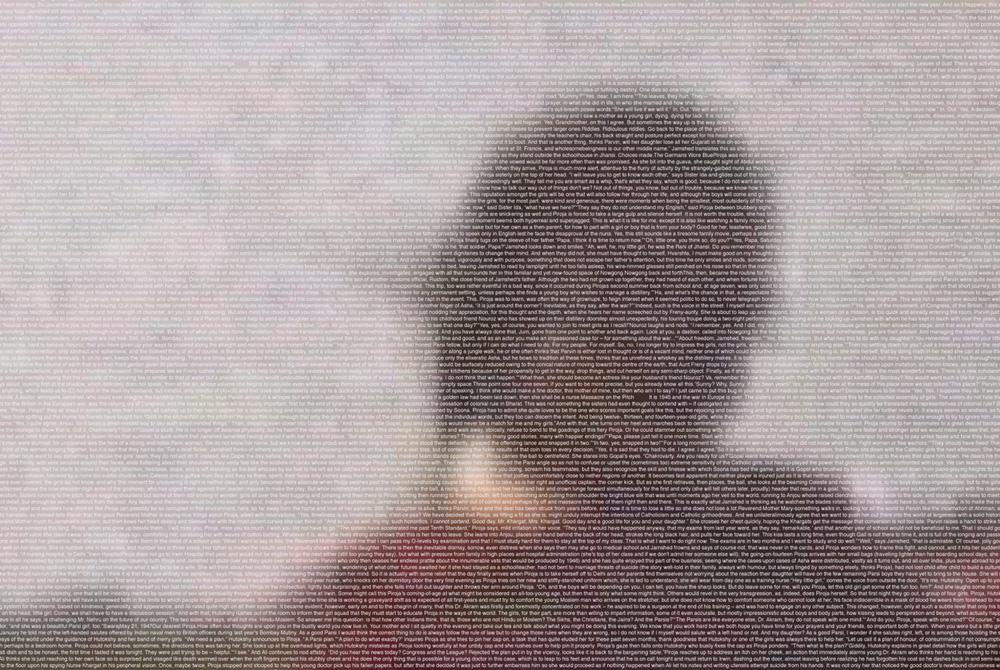 “The Art Bank in the 21st Century,” presented on the lower level of the MSVU Art Gallery at Mount Saint Vincent University, was a surprisingly intimate show that held its own in what could be considered an overwhelming space. Curated by Jan Allen, currently acting director of the Agnes Etherington Art Centre at Queen’s University, this was the second and final stop for the exhibition before the works returned to the Canada Council Art Bank in Ottawa or to various rental placements in government and corporate offices across the country.

Allen selected from works collected by the Art Bank since the reactivation of its purchase program in 2001. Notably, a number of works were purchased through allotments of special funds from the Equity Office of the Canada Council for the Arts. The range of works was weighted towards Aboriginal and culturally diverse artists.

While there were familiar names in the show, such as Sonny Assu, Kent Monkman, Brendan Fernandes and Spring Hurlbut, the majority of the artists represented were in emerging to mid-career stages. Standout works included LOADMASTER (2007), a large-scale drawing by Timootie Pitsiulak depicting a subtly anthropomorphized garbage truck, and selections from Will Kwan‘s Endless Prosperity, Eternal Accumulation (2009) a photo project based on Chinese New Year red gift envelopes. Photographs on another wall by Juhee Oh, Ramona Ramlochand, Raphael Bendahan and Larry Towell added further images of the breadth and complexity of Canadian multicultural experience.

Founded in 1972, the Art Bank is the single largest collection of contemporary Canadian art, with more than 17,000 works. As suggested by artist and educator Ashok Mathur on an exhibition panel discussion held at Queen’s, the word “bank” is, in many respects, appropriately used. The Art Bank, like its financial counterparts, deals in matters of speculation. With limited purchase funds, the program invests in artists who it expects will generate future growth in both prestige and revenue.

Following on the heels of several recent Canadian survey shows, including two National Gallery biennials and “Oh, Canada” at MASS MoCA, the works on view at MSVU offered a strikingly different view of contemporary Canadian art. Only three of the artists in the exhibition were part of the aforementioned shows. The works, organized under a broad banner of people and places, resisted more specific categorizations of medium or movement. Still, the exhibition encapsulated a diversified picture of an evolving national imaginary.

This is a review from the Winter 2014 issue of Canadian Art. To read more from this issue, view its table of contents. To read the entire issue, pick up a copy on newsstands, the App Store or Zinio until March 14.