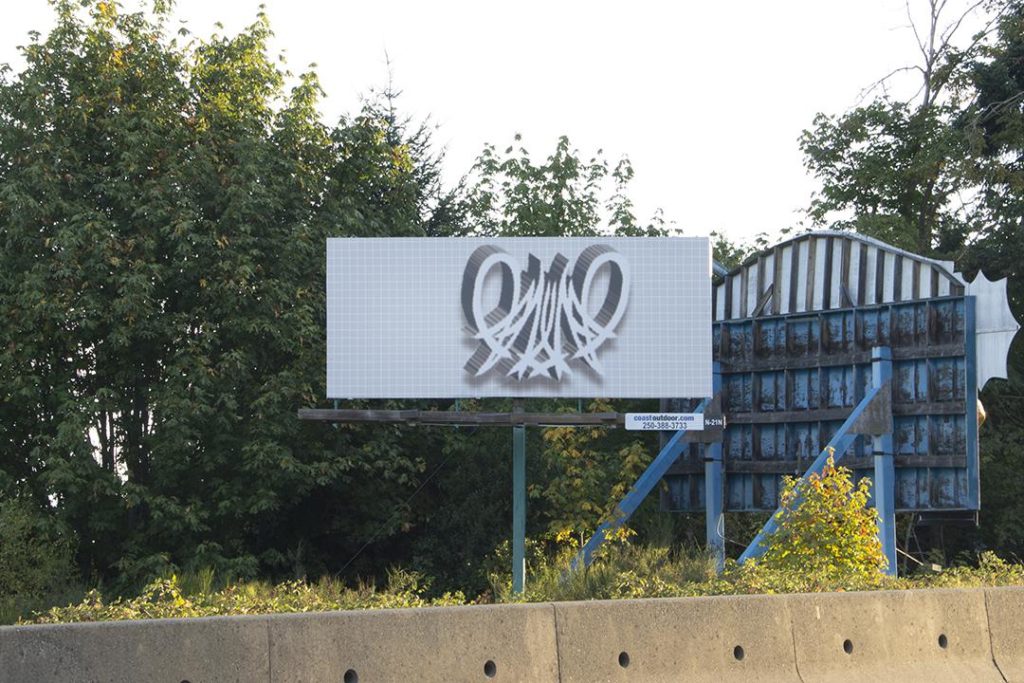 The Nanaimo Art Gallery’s “Black Diamond Dust” is a sprawling, multivalent and inventive exhibition staged at a number of central Vancouver Island sites. Most of them are in and around the city of Nanaimo, but the most northerly is at a museum 270 kilometres up the coast in Sointula. The inclusion of Sointula is significant, for it was in 1901 that a group of disaffected Finnish coal miners and their families rowed from Nanaimo to Malcolm Island to establish a utopian socialist community (sointula is Finnish for “place of harmony”). The legacy of these socially minded Finns continues to this day in the form of the Sointula Co-operative Store (the oldest co-op store in the province), and as such provides “Black Diamond Dust” an additional narrative layer, with this most distant venue suggesting the equivalent of a happy—or at least a hopeful—ending.

The work at the Sointula Museum was made by area resident Kerri Reid, who, with her husband Tyler Brett, moved to Malcolm Island in 2013 from Bruno, Saskatchewan, where since the fall of 2010 the couple had co-operated the Bruno Arts Bank. Like many younger artists who have grown up in or around increasingly expensive metropolitan centres, Brett and Reid, like Nanaimo’s former Finns, chose to live life on their own terms and have invested their labour in a new project space called the Sointula Art Shed. Indeed, it was at Sointula that Reid received a lump of coal sent to her by “Black Diamond Dust” curator Jesse Birch and made from it a replica that, for the length of the exhibition, is on display at the Sointula Museum. In return, Birch received the coal’s crushed remains, along with Reid’s drawing of those remains, both of which are on display at the Nanaimo Art Gallery’s downtown space.

Although the downtown space contains half of the work in the exhibition, it was at the gallery’s Vancouver Island University satellite campus three kilometres east that many of us gathered for the exhibition’s first of two openings, which Birch described as something of an overture. Of the half dozen or so pieces at the campus gallery, three loom large: Stephanie Aitken’s oil on linen and watercolour on paper Breathing Machines (2014) painting series hangs in a corner before a similarly styled “fair trade” rug she had made in Nepal; a wall mural comprised of digital prints taken by nearby resident Peter Culley while on his daily dog walks; and at the farthest end of the gallery space, a multi-lensed “bias array,” Volklingen Scarab (1995), by the late Jerry Pethick, who for many years lived between Nanaimo and Sointula at Hornby Island.

Taken as a whole, these collage and montage works, which blend the abstract (Aitken’s small camo-coloured paintings and rug) and the figurative (Culley’s mural and Pethick’s array), speak less to content than to composition. The same might be said of a smaller work by Raymond Boisjoly entitled N-A-N-A-I-M-O (2014): a solvent-based ink-jet print on flex that conflates black-metal music iconography with Indigenous languages and nomenclature to arrive at an abstracted work that, in its larger form, appears as a highway billboard just north of the city that shares its name.

At the halfway point of the campus exhibition hangs a selection of early 20th-century local-history photographs that show Nanaimo as the coal town we have come to know it for. Amid these photos is a recent and relatively small picture of a massive outdoor coal depository in Tianjin, China, by Edward Burtynsky. While in colour, the photograph looks to be in black and white because of the transformative effect of this stockpiled resource commodity on the landscape (note the presence of a small red van). That Birch placed Burtynsky’s work in proximity to these local-history pictures refers not only to the ubiquity of global coal culture (the photographs in Pethick’s array are of a German iron foundry), but to the relationship between art and document. Another relationship that comes to mind is alluded to at the outset through Aitken’s paintings and rug: the difference between what it is to hide and what it is to be hidden.

This layering of art and document is also on display at the downtown gallery. Here, viewers are greeted by a remarkable 1:135 scale hand-drawn map (borrowed from the Nanaimo Community Archives) that details the almost vascular construction of Nanaimo’s historic Number One Mine. Following that, an equally complex, freestanding array by Pethick titled Floating Free (1972–93), followed by another series of local-history photographs, where this time the picture sequence is more suggestive of a narrative—an eerie one—than those hanging at the campus gallery.

On the wall opposite are two works by Scott Rogers. In Ain’t No Use (Elsecar) and John’s Gone Down (Hartley) (2014) the artist provides two versions of mining songs he wrote and recorded. One version has the songs’ sound waves laser-etched into anodized-aluminum panels; another has their lyrics available on monitors, as silent karaoke videos. For We Too (2014 Edition), Rogers commissioned an academic named Eileen Wennekers to write a text on the ecological consequences of resource extraction, which the artist then wrote out by hand on stencil paper and reproduced on a Gestetner as a single-page newspaper named after an anonymous grievance sheet (The We Too) published by Nanaimo coalminers. As with Reid’s coal works and Boisjoly’s sign, Rogers’s newspaper is also available at other sites—in this instance, distributed by hand throughout town (the original intention was to insert them into existing papers).

Rounding out the works in the downtown space are Jeremy Deller’s The Battle of Orgreave (An Injury to One is an Injury to All) (2001), a gripping feature-length video directed by Mike Figgis that recreates a 1984 clash between striking miners and police; Morden Mine Clock (n.d.), a mining-office clock taken by a Nanaimo coal miner upon word that his employer had gone of out business before paying its workers; and Devon Knowles‘s Mauve Ghosts (2014), a series of freestanding concrete, rebar and pigment sculptures that herald the colour mauve, which British pharmaceutical chemists discovered accidentally in the late 19th century while working with coal tar (mauve is the first dye to be synthetically produced).

Unlike the other works in the downtown space, most of which are set against the wall, Knowles’s sculptures are scattered about the centre of the room (as if in the spirit of Pethick’s Floating Free, floating free themselves). Yet like the work of Reid, Boisjoly and Rogers, her mauve conceit links elsewhere—in this instance, to the Nanaimo Museum down the street (from whom Birch borrowed the clock courtesy of the Friends of the Morden Mine Society). Indeed, it is at the Nanaimo Museum where Knowles has (through lighting, paint and paper) employed mauve to both animate and distract from the historical narratives that tell the stories of a city built not on coal, as the museum leads us to believe, but rather on labour—something that Birch, a native son who recently returned to Nanaimo, has convinced us of in what promises to be the first of many locally specific/globally relevant exhibitions mounted by the Nanaimo Art Gallery.

Note to the reader: This article was corrected on October 14, 2014. The original text implied that Tyler Brett is still affiliated with All Citizens Cafe in Bruno, Saskatchewan. This is not the case. We regret the error.