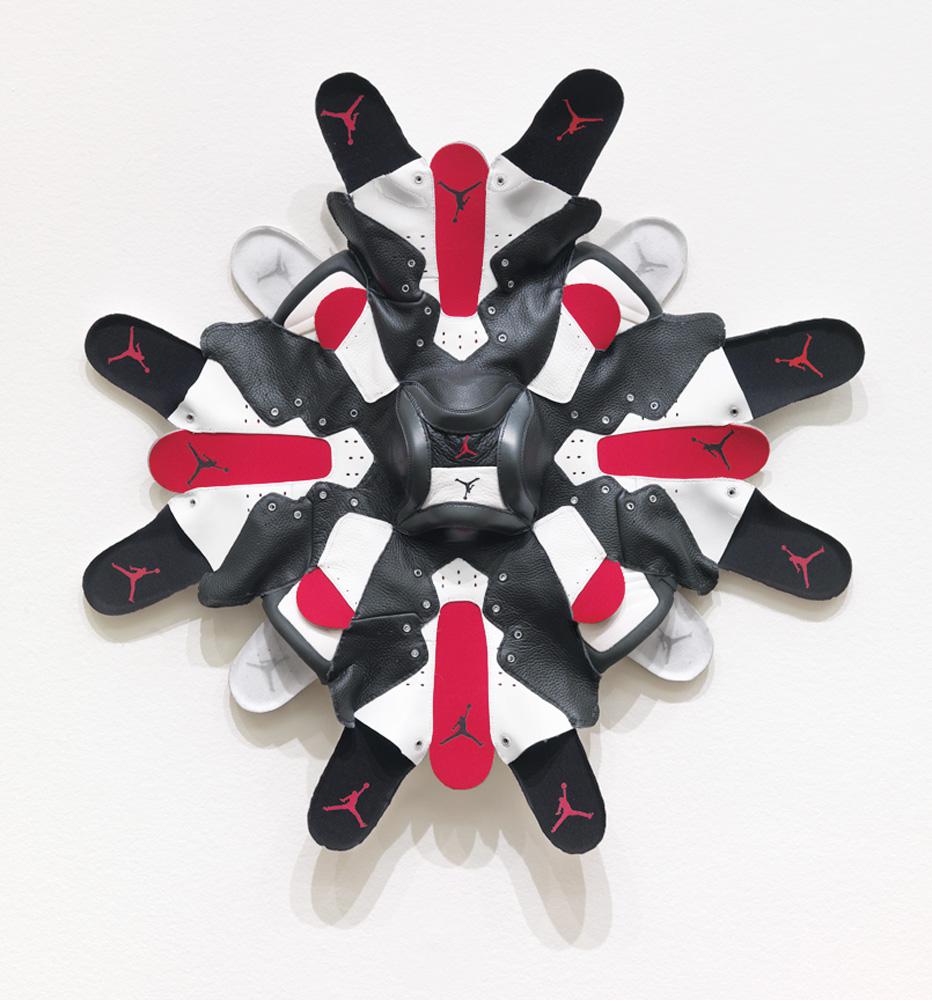 Developed in the South Bronx in the late 1970s, hip-hop has become a global medium often employed to express the social dynamics of various impoverished or marginalized people. “Beat Nation: Art, Hip Hop and Aboriginal Culture,” an exhibition at the Vancouver Art Gallery curated by Kathleen Ritter and Tania Willard, acknowledged that this collective practice includes the grassroots communities of North American Aboriginal artists.

The music of “Beat Nation” was physically felt throughout the exhibition. Sound guided the viewer through rooms framed by four different themes: the beat, the stage, the street and the tag. This was not a surprise. Aboriginal music has always been closely related to the body, dance and culture. Nicholas Galanin’s video Tsu Heidei Shugaxtutaan Part 1 and 2 (2008) was the first work viewers encountered in the exhibition. It is a piece that fluidly mixes contemporary hip-hop dance with traditional Aboriginal music.

The artists in “Beat Nation” depict tradition as a continuum of the Aboriginal cultural paradigm. Jordan Bennett’s Turning Tables (2010) is a beautifully handcrafted mixing table made out of different woods, including walnut, oak and spruce. On the left-hand side, a record needle is placed on a cross section of a tree shaped like a record: it plays the sound of the tree’s rings. The opposite side spins another wooden record. This one presents Bennett’s voice learning words in his Mi’kmaq language. It is a metaphor that asserts the continuation of ancestral knowledge in a technologically laden contemporary society.

Mixing was a motif experienced throughout “Beat Nation.” There was extensive play with Aboriginal cultural materials and ideology, slammed and mixed with Western constructs, contemporary popular culture and commercialism. Many of the artists in “Beat Nation” work with materials or references from their own Aboriginal places of understanding. KC Adams’s Apple product accessories are beaded works, informed by her Ojibway/Cree heritage. Sonny Assu’s records are cut from copper, a material long prized by his Kwakwaka’wakw people. Corey Bulpitt and Larissa Healey’s Wasco (2012) is an enormous site-specific graffiti mural depicting an orca whale and the figure of the Wasco, a traditional Haida mythological creature. Much of the work that appeared in the show is coded with well-informed Aboriginal history, experience and content, and fused with contemporary art. The result was an exhibition that was challenging to read, even for the most experienced of art viewers.

“Beat Nation” mixed video, music, visual art, poetry and performance, creating an organic Aboriginal Fluxus. Included were artworks by Skeena Reece related to her performance at the 17th Biennale of Sydney, as well as a photograph from a performance in Vancouver. Also on view was a centre created for the viewing of 16 Aboriginal hip-hop videos selected by Ostwelve. The videos give us a window into the social, political and economic environment of Aboriginal people. KASP’s On a roll (2011), with locations in Vancouver and the Penticton First Nations, asserts that Aboriginal identity is not compromised whether someone is on or off the res. In this framework, urban mixing is not to be confused with or misinterpreted as assimilation. A stunning, well-crafted and bold two-channel video installation by Bear Witness, Assimilate This! (2011), echoes the sentiment.

Vancouver sits on Coast Salish territory; the Vancouver Art Gallery is perfectly situated to host such an exhibition. “Beat Nation” reminded us that we all live on Aboriginal territory, even in our cities.

This is a review from the Fall 2012 issue of Canadian Art. To read more from this issue, please visit its table of contents.