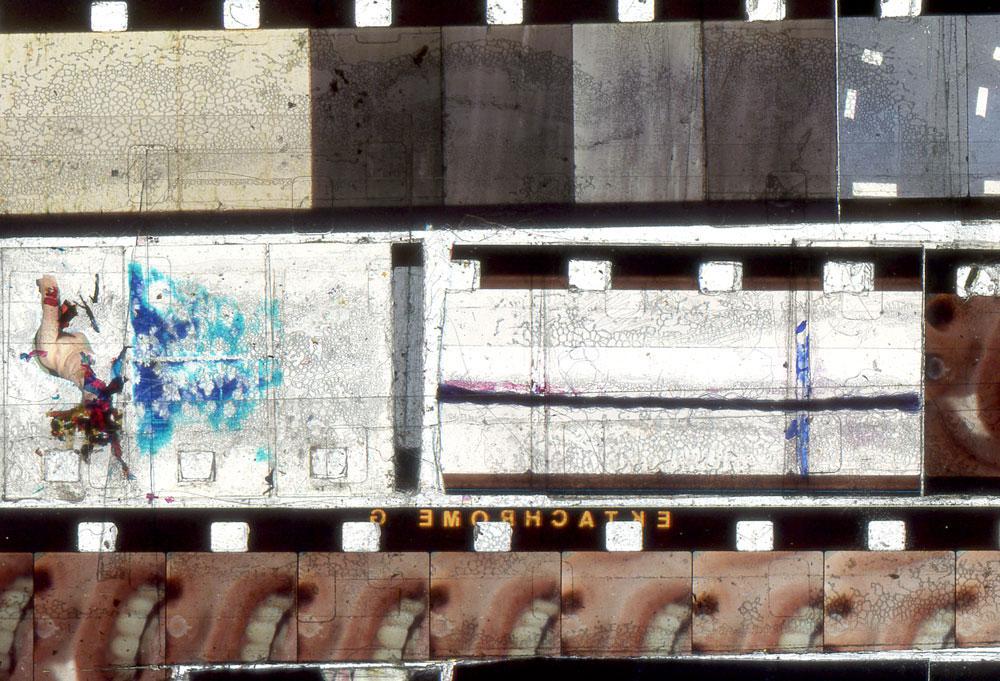 It’s film-festival time in Toronto again, and that means that, along with the perfunctory celebrity sightings and red-carpet premieres, there’s a wealth of projection-based visual art and experimental cinema to take in. Indeed, this year’s offerings correct the melancholy that surrounded last year’s: Andréa Picard, longtime programmer of TIFF’s avant-garde Wavelengths component—which, in 2010, was dubbed “a showcase for some of the greatest films of the festival” by the New York Times’ Manohla Dargis—was, at the time, departing her position. She has returned, however, with a typically strong roster of new voices, contemporary-art names and essential forebears.

Future Projections, part of an ongoing mandate by TIFF Bell Lightbox artistic director Noah Cowan to underscore links between the visual arts and the moving image, is now in its fifth year. In 2012, Future Projections feels notably local, with offerings from Sook-Yin Lee, Peaches (previously of Toronto, now Berlin-based), Kelly Richardson and Australian artist Callum Cooper, who, in a special commission for the festival, has created a video of locals and local landmarks to be projected nightly in the Lightbox’s atrium.

Here, Canadian Art parses the best of both programs.

There is much for contemporary-art aficionados to take in at this year’s Wavelengths, which, as in previous years, is organized into a series of shorts programs. (Fans of longer-form, and occasionally more narrative, experimental film take note: TIFF’s Visions program has been folded into Wavelengths this year, with highlights including films by Apichatpong Weerasethakul and João Pedro Rodriguez.)

A must is undoubtedly a short film by German artist Thomas Demand, which showed this spring at New York’s Matthew Marks Gallery. Perhaps Demand’s most rigorous work to date, the mesmerizing Pacific Sun is a frame-by-frame, stop-motion animation, recreating the back-and-forth dance of objects on the titular Australian cruise vessel during a storm—the CCTV footage of which went viral on YouTube. Characteristic of Demand, all of the objects in his video have been fashioned to-scale out of paper.
Also in New York this spring, the Guggenheim’s Francesca Woodman retrospective offered a rare glimpse of the late artist’s videos, some of which make their way to Wavelengths’ third program, I am micro. The program also boasts the latest work from festival favourite Nathaniel Dorsky, whose 16mm shorts celebrate the aestheticist, painterly aspects of the marginalized medium in which he works. Both Dorsky and another Wavelengths artist, Luther Price, were included in this year’s Whitney Biennial, and Torontonians who didn’t get a chance to visit the biennial will find a treat in Price: both his Future Projections exhibition at Contact Gallery, which includes two carousels of 80 handmade slides made from bits of film, and his Wavelengths offering, Sorry—Horns.

Other mandatory Wavelengths films mix the seminal with the new. Wavelengths 2: Documenta presents vibrant pixellated work from the early 1970s by Lillian Schwartz—among the first to experiment with computers in a visual-arts context. Toronto artist Jean-Paul Kelly, who recently showed work at the Power Plant’s winter group show “Coming After,” is one to watch in this program: his A Minimal Differencepresents contemporary phenomena within the context of older approaches like multi-plane camera setups and Super-8 film. A 16mm split-screen dual projection of Aldo Tambellini’s Black TV, part of the artist’s important 1960s Black films series, leads off Wavelengths 4: From the Inside Out, which also features young filmmaker Josh Solondz’s update on psychedelia, Burning Star.

Don’t miss Canadian artist Kelly Richardson’s Mariner 9, which comes to the Royal Ontario Museum’s Thorsell Spirit House after an August stint at old English resort town Whitley Bay. (The showing, recently covered by the Guardian, coincided with Richardson’s current mid-career retrospective at the Northern Gallery for Contemporary Art in Sunderland.) Richardson is known for her meticulously rendered, panoramic digital landscapes, and Mariner 9 is notably ambitious, an immersive 14-metre wide video work that, based on data from NASA, accurately shows the landscape of Mars—but also adds a touch of the futuristic, peppering the planet’s surface with space junk. In the wake of the Curiosity rover’s recent landing on the planet, Richardson’s sublime projection feels particularly topical.

Performance artist and musician Peaches comes back to Toronto from Berlin to premiere a new film, Peaches Does Herself, and alongside this, she turns the city’s Drake Hotel into a one-night-only performance and installation hub, featuring work by performers Sandy Kane and Danni Daniels and musicians Jolly Goods, among others. (A related video installation will show at the hotel throughout the festival.) Another stunning performance can be viewed up the street at MOCCA, with a 35mm black and white film of Dutch artist Jeroen Eisinga covering his torso and head with more than 250,000 bees.

The local and national define the remaining Future Projections offerings. In addition to the aforementioned Callum Cooper piece, Chinese artist Liang Yue shows a three-channel video and audio installation that reflects her journey across Canada to depict the country’s landscape. At Keep Six Exhibits, Toronto broadcaster, actor, musician and director Sook-Yin Lee premieres We Are Light Rays, a series of lightbox montages compiled from photographs she took in Vancouver after abandoning a feature-film project due to an illness in the family. The lightboxes show alongside test shots for the unrealized film. Singaporean artist Ming Wong returns to Toronto after showing work at Future Projections in 2010; his Making Chinatown, a deconstruction and parody of the famous Roman Polanski film, will be a unique site-specific work at Queen Street’s Gladstone Hotel.