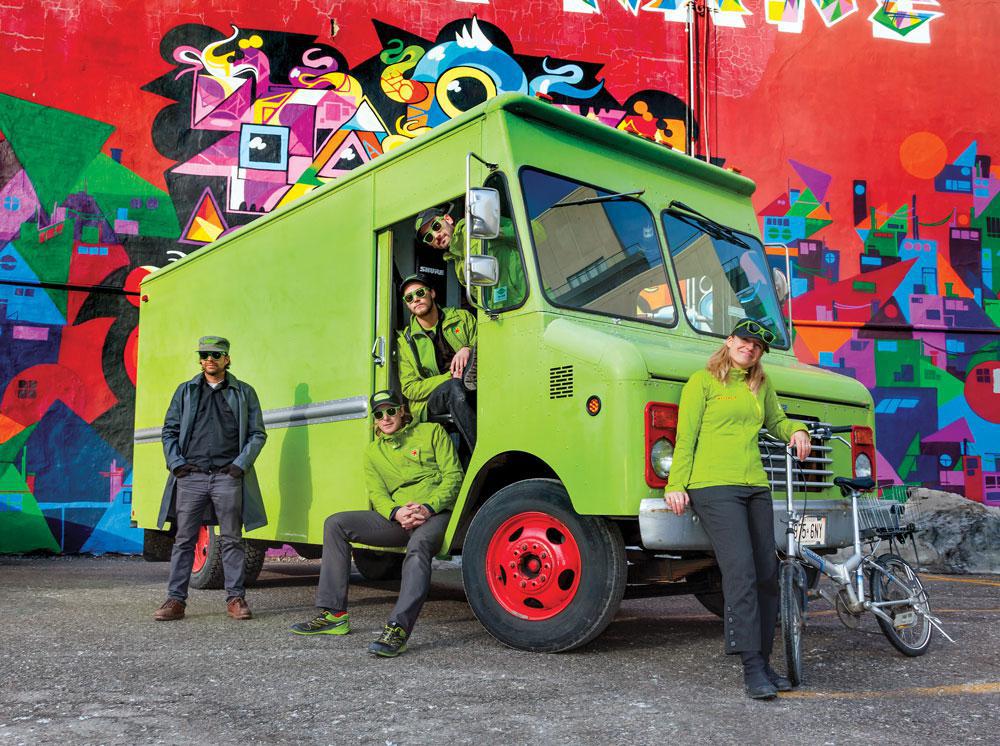 Want to know what’s really going on in the Canadian art world? Ask artverb*—the nine-year-old Toronto-based shipping and installation company that works with the country’s most prestigious artists, galleries, institutions and collectors.

“We know the ins and outs, how much the works are valued at, who bought what and at what art fair,” says owner and CEO Ryan Barrett.

Art fairs are indeed the name of the game for artverb*. In the past two years alone, Barrett has been to 28 different ones, mostly in the United States. Artverb* was one of the only Canadian art-shipping companies to hit last year’s Miami Art Week, and they needed two large trucks: one that left from Toronto and another that made a pit stop in Montreal. (“Next year, guaranteed we’ll have three trucks going down,” says Barrett.) This spring, artverb* handles the New York fairs, including Frieze New York, for which they’ll be shipping works from Toronto’s Jessica Bradley Gallery.

Barrett and wife and colleague Agata Ostrowska, manager of operations, met 13 years ago in the same Toronto studio space. (“I had heat and he didn’t,” she jokes.) At its core, artverb* is artist-run and artist-centred. To date, they’ve never hired a shipper or installer who isn’t also an artist. Ostrowska notes that the first time Barrett had a show in Chicago, they went themselves and didn’t make it. “It was an important lesson,” says Ostrowska. “The border is not the place to ask questions.”

Ostrowska is now an ace at the complex paperwork required beforehand for all international shipments, and artverb* is trusted by the likes of the Museum of Contemporary Canadian Art and the Art Gallery of Ontario, as well as by the nation’s top collectors. She cheekily uses the term “art emergency” to describe some of the work they do. “Occasionally someone is hosting a dinner party and they’ve got to have a painting put up for it. We can do that. We facilitate solutions.”

Barrett quickly brings things back to artists. “If it’s an artist requesting something, we’ll usually find a way of making it happen.” He boasts that many emerging galleries and artists wouldn’t have made certain fairs or shows without them. Artverb*’s funky branding—grasshopper-green jackets, sunglasses, hats and truck (named “Herb”), soon to be joined by a bigger, climate-controlled vehicle—speaks to its spirit of fun and accessibility, and to ambition.

“The future of the art world is all about movement,” says Ostrowska. “The next thing we’re going for is a green plane. Why not?”

This is an article from the Spring 2014 issue of Canadian Art. To read more from this issue, visit its table of contents. To read the entire issue, pick up a copy on newsstands or the App Store until June 14.

This article was corrected on December 29, 2014. The original article indicated that artverb* was the only Canadian art-shipping company at Miami Art Week. Not so. Art shipper Doug Stone was also there, as he has been for the past 12 years as an art-fair specialist. Canadian Art regrets the error.