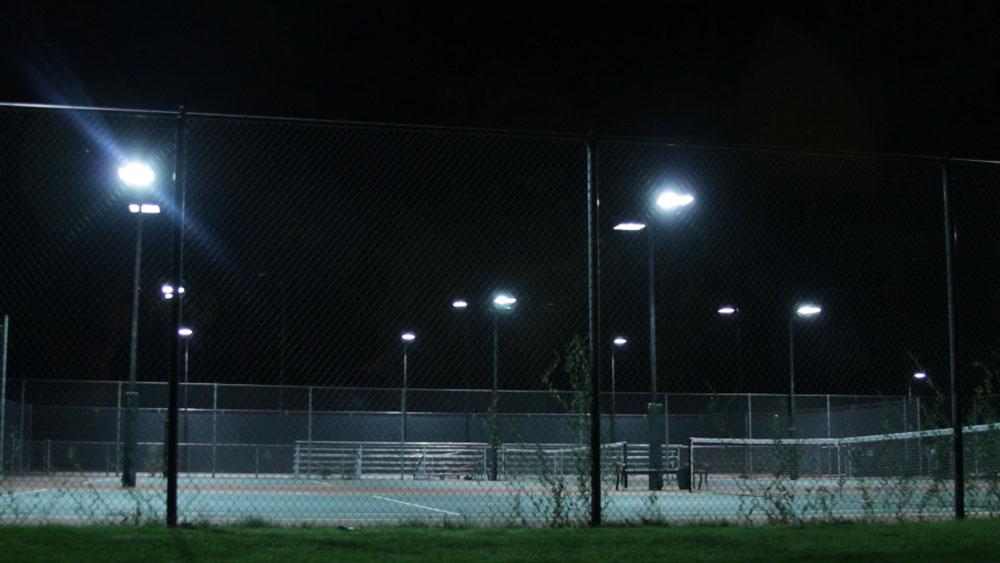 Michael Snow, Production still from TAUT, 2012 Courtesy of the artist

Stephen Andrews, Stills from Dramatis Personae, 2011 Courtesy of the artist

Vera Frenkel, The Eloper from The Blue Train, 2012 Film still Courtesy of the artist

In 2012, we all know the image is prevalent to the point of redundancy and meaninglessness. It is scrutinized by academics and artists as powerful, yet fundamentally untrustworthy—a handmaiden to the touted falsifications of history and politics. But we are more image-dependent, or rather more image-active, than ever. We make images at breakneck speed. We trade and scrutinize them with equal fervour, sourcing and manipulating past and present events with abandon. Of course, it is technology, one of popular culture’s most forcible drivers, that permits this.

In this manner, the Ryerson Image Centre at Ryerson University in Toronto, which opens to the public September 29, is deliberately contemporary. Foremost, it looks backward and forward, pivoting on the Black Star Collection, something RIC director Doina Popescu calls the institution’s “raison d’être.” The Black Star Collection is named after the New York–based Black Star Agency, which, after formation in 1935, provided images to major publications such as Time and Newsweek. It contains around 292,000 black-and-white photographs, making it one of the most significant troves of 20th-century photojournalistic work in the world. Ryerson has been entrusted with its care, a point, it must be said, of national pride. And it is indeed a fascinating and diverse collection: one, however, that is markedly from another time, when world events were given momentousness through the analog craftspeople who specialized in recording them, and when the products of these craftspeople were disseminated with a degree of control, as commodities. To wit, the Black Star Collection represents the world of images just prior to the advent of the Internet and digital technology.

“Archival Dialogues: Reading the Black Star Collection” is the name of Popescu and co-curator Peggy Gale’s inaugural exhibition for one half of the ground-floor RIC space, featuring important names in Canadian art like Vera Frenkel, Michael Snow and Stan Douglas. (The other is “The Art of the Archive,” curated by RIC’s exhibitions curator Gaëlle Morel and featuring Ryerson students and alumni.) It is declaredly multidisciplinary: image-based but multidisciplinary, and not traditionally photographic at all. (Work from Douglas’s Midcentury Studio (2010) comes closest, but the artist used digital processes to create his faux Black Star–esque photos.) Screens, projections, speakers and sundry installation apparatuses proliferate throughout the sparkling new space. Clearly, the carefully named Ryerson Image Centre—in the middle of a campus renowned for its communications and media programs—wants indeed to be about images, not just photography, even though the latter provides that crucial raison d’être.

The works in “Archival Dialogues” are accordingly based on an image or group of images in the Black Star Collection, but gain highly contextual import in the hands of these contemporary artists, with layers of meaning that could, for each artist’s contribution, take hours to explain. Narratives—personal, historical, national—spew forth, knotting rather than unfurling. Vera Frenkel’s The Blue Train (2012), for instance, a stronger piece in the exhibition, is based on a single image that, in Frenkel’s hands, morphs into multiple stories of flight and return during the Second World War: her own mother’s, as well as that of photojournalist Werner Wolff, and also those of 32 passengers who were with her mother in 1939 en route to Paris. The piece’s installation is comprised of the original Black Star photograph (we are not told if the train in this image has any real ties to the narratives Frenkel presents), two large screens with a sound component, and dozens of smaller monitors, arranged in a grid, containing the passengers’ tales, which are also accessible via smartphone through a QR code printed on the didactic panel. At first blush, this variety of media is ambitious, impressive; on examination, it proves time-consuming and difficult to parse. (The ambient audio at the press preview was a challenge even to make out.) Still, there is a lingering effect: one image gives birth to a cluster of images, and of ways to consume them.

Christina Battle chooses Black Star photographs of large-scale disasters as her inspiration, and the surreal qualities of the images, which can come across as stills from a blockbuster Hollywood film, prompt an exploration of the creation of narrative by both legitimate and tabloid media. Battle, like fellow “Archival Dialogues” artist Stephen Andrews, shows the back of some prints rather than the front, which, in their post-structural manner, tell their own stories through stamps, markings and, occasionally, caption copy and curious annotations. (This eminently contemporary interest is typified by the popular New York Times Tumblr The Lively Morgue, which allows viewers to flip over the newspaper’s archival photographs.)

“Nobody expected it. Nobody thought it was as severe as it was until the last minute. Then it was too late,” reads one taped-on text in Battle’s installation, a reporter’s quote as laconic and ominous as a voice-over in a disaster-film trailer. Is Battle’s work about the real stories hidden in images, or about the stories they help fabricate? Both, it seems: Battle extends the fictive elements of her source material through three video projections about extraterrestrial sightings, accompanying them with salacious tabloid display copy on the wall. Andrews, on his part, elaborates back-of-photo text with theoretical musings by Foucault and others, suggesting, also through an accompanying film, that what is hidden in an image is not merely a history, but a philosophy of looking. However, the photographs he chooses of Lee Harvey Oswald sear without these theoretical underpinnings: the subject’s ambiguous, captured stare seems sufficient enough provocation.

Works from Stan Douglas’s Midcentury Studio that pertain specifically to the Black Star Collection, which Douglas used as inspiration to recreate this portfolio of a non-existent 1940s and 1950s photographer, shine in “Archival Dialogues”—obviously, they’ve returned home. Marie-Hélène Cousineau also negotiates past and present, offering the show’s most straightforward body of work, an anthropological-sociological before-and-after revisiting of Black Star portraits that had been taken of residents of Baker Lake, Nunavut. (Part of Cousineau’s version of rich media is craft-based: dioramas of Inuit living spaces presented in vitrines.)

Outside the exhibition space, Michael Snow offers a strong work with TAUT (2012), which, complementary to Douglas’s intelligent series, absorbs the Black Star Collection rather than using it as a conceptual launching pad on the occasion of the RIC’s ribbon-cutting. In Snow’s work, images of crowds, many demonstrating or rioting, are digitally projected within a white paper–covered classroom. Snow’s hands are seen holding the images in the frame, as in his Slidelength (1969–71), or like Bob Dylan with his text cards in the “Subterranean Homesick Blues” sequence of D.A. Pennebaker’s documentary Don’t Look Back. The effect is a silent barrage, the implications paradoxical and prescient: suggesting, among many things, ways in which institutional schooling’s didacticism informs viewership and, in turn, political action and spectacle.

David Rokeby and Vid Ingelevics both have work in the RIC’s hallway, and it is best looked at last. Ingelevics’s double-channel video, awkwardly installed in front of the exhibition space on either side of a fort of boxes, shows, most prominently, the destruction—literally, the ripping up—of large digital scans of famous Black Star photographs. This allegory for our growing indifference to the worth of images in the wake of their easy reproduction is an appropriate juxtaposition to Rokeby’s slick piece in which, on a quilt of flat-screen monitors, a circle, meant to represent the central part of the eye that sees detail, makes clear blurred sections of Black Star photos. Here, seemingly, are the Ryerson Image Centre’s ambitions in a nutshell: to use technology to preserve and distribute images at a contemporary pace and standard; and also to uphold technology as a way to see the world of images better—to construct and deconstruct, to edify and question.