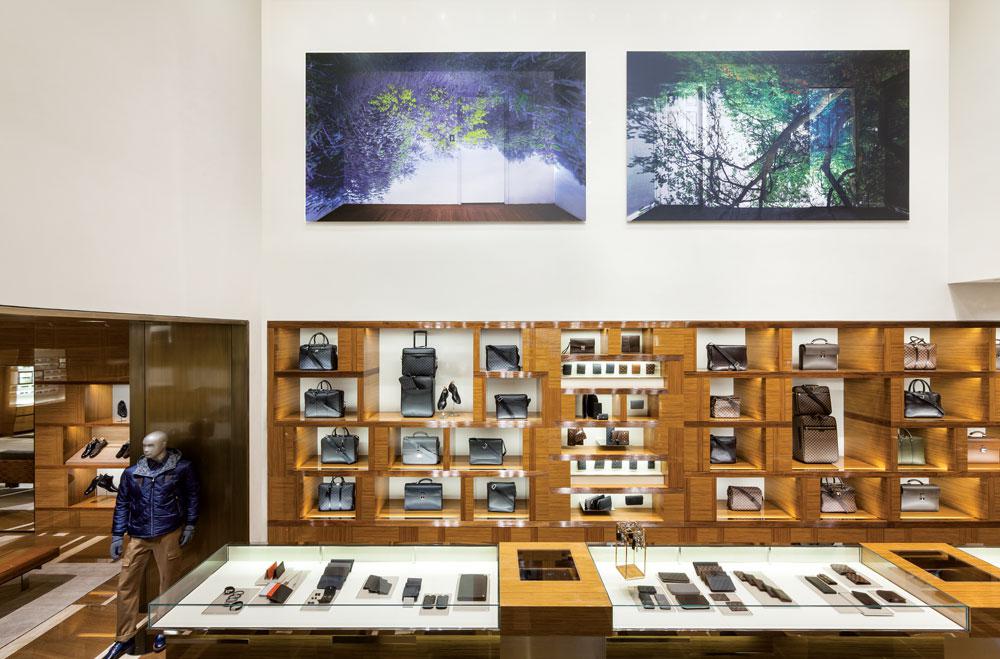 James Nizam’s Wild Flowers in Room and Tree in Room (from the series Anteroom; both 2012) installed at the Louis Vuitton Maison in Toronto, September 2012 Courtesy Birch Libralato / photo Christopher Dew

How do you warm a Maison? This fall, in Toronto’s plush Yorkville shopping district, luxury brand Louis Vuitton opened its second Canadian Maison (the first was in Vancouver) and adorned it with contemporary art. Since the late 1990s, Louis Vuitton artistic director Marc Jacobs has forged notable product- and installation-based collaborations with art stars like Takashi Murakami and Richard Prince. But this Maison, designed to the hilt by architect Peter Marino, marks the brand’s preliminary attempt at commissioning, showing and collecting Canadian art.

The rotational exhibition space in the Toronto store’s vestibule is among the first of its kind in North America (another is in Miami). It currently houses Torontonian Shary Boyle’s deconstructed porcelain figurines. Vancouver artist James Nizam provides a dramatic, permanent installation. Two approximately two-by-three-metre photos were newly produced as part of his Anteroom series (2007–ongoing). In each image, Nizam turns an abandoned room into a camera obscura, embedding a lens in a wall to make an inverted view of outside greenery on a facing wall, which he then photographs.

The installation, hung above the men’s bag bar and best viewed from the second floor, was involved. Scaffolding was built to get the two works at an appropriate height. The selection of images befitted a discriminating couturier. “It was interesting for me to reconsider this series in the context of a fashion retail space,” Nizam says. “Ultimately, Louis Vuitton has a vision for the Maison that they feel is very well suited to the works.”

This is an article from the Winter 2013 issue of Canadian Art. To read more from this issue, check out its table of contents.