The Kenojuak Cultural Centre and Print Shop is slated to open in 2017, revitalizing the Cape Dorset region's renowned artistic production. 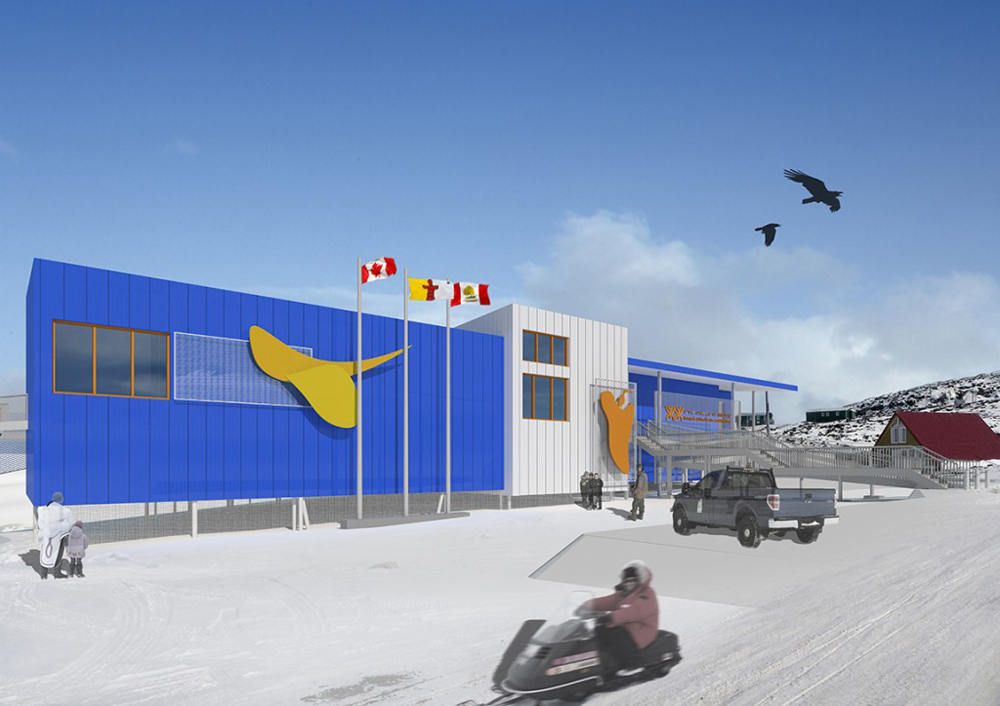 Since the late 1950s, printmaking has flourished in Canada’s North, gaining a special foothold in Cape Dorset. An Inuit hamlet on the southern tip of Baffin Island, Cape Dorset is largely regarded as the “capital of Inuit art,” but its enthusiasm for art making vastly outstrips its facilities. The Kinngait Studios, where the internationally acclaimed annual print collections are produced, was built in 1957, and time (and the region’s notoriously difficult climate) has taken its toll. Despite careful maintenance, the building is degraded and insufficient.

To bring Cape Dorset’s facilities in line with its production and reputation, the West Baffin Eskimo Cooperative plans to build the Kenojuak Cultural Centre and Print Shop. Slated to open in 2017, the $10.2 million, 10,440 square-foot building will offer space for meetings and activities, exhibitions and print production.

Paul Desmarais III, the chair of the centre’s fundraising committee, spoke with Canadian Art about his involvement with the centre and the importance it will have in the region. Childhood travels and institutions such as the Inuit Gallery of Vancouver spurred his interest in Inuit art, and he and his art-historian wife Mary Dailey Desmarais have become significant collectors. After former Premier of Alberta Jim Prentice could no longer helm the fundraising campaign, Desmarais stepped into the lead and travelled to Cape Dorset in May, visiting the existing facilities and hosting a fundraising bingo night that exceeded its goals. It’s a sign, noted Desmarais, of the community’s exceptional enthusiasm for the project.

Beyond supporting Cape Dorset’s existing artistic production, the Kenojuak Cultural Centre and Print Shop will help foster new practices. “One of the main advantages of the new facility,” said Desmarais, “is that it will be much more modular.” With adjustable walls and rooms, the variety of work produced onsite can expand. This will impact one of Cape Dorset’s most exciting outputs: drawing. As David Balzer wrote in Canadian Art, “the best contemporary drawing in Canada is coming out of Cape Dorset.” “The scale of drawing is so much bigger,” said Desmarais, underscoring that the new facilities will be more prepared to accommodate these developments.

The new facilities will also be better equipped to handle the rising international profile of Inuit art. “There is a growing interest in Inuit art from institutions,” said Desmarais, pointing to Shuvinai Ashoona’s inclusion in Vitamin D2: New Perspectives on Drawing, Phaidon’s 2013 global survey of contemporary art; Ohotaq Mikkigak and Ashoona’s participation in the 2014 SITElines biennial at SITE Santa Fe; and the presence of Inuit carvings at the 2014 Venice Biennale in Architecture.

“Cape Dorset is one of the healthiest Arctic communities,” said Desmarais, emphasizing the cultural centre’s vitality to the region’s economic health, and its important role fostering Canada’s multiculturalism.

It would seem that these motivations have resonated. The centre has raised more than half of its necessary private funding, which totals $3 million, leaving it well on track to its 2017 opening.