David Balzer takes a broad approach to the year-end list, using Los Angeles, theatre and the filmmaker Godard as his points of departure. 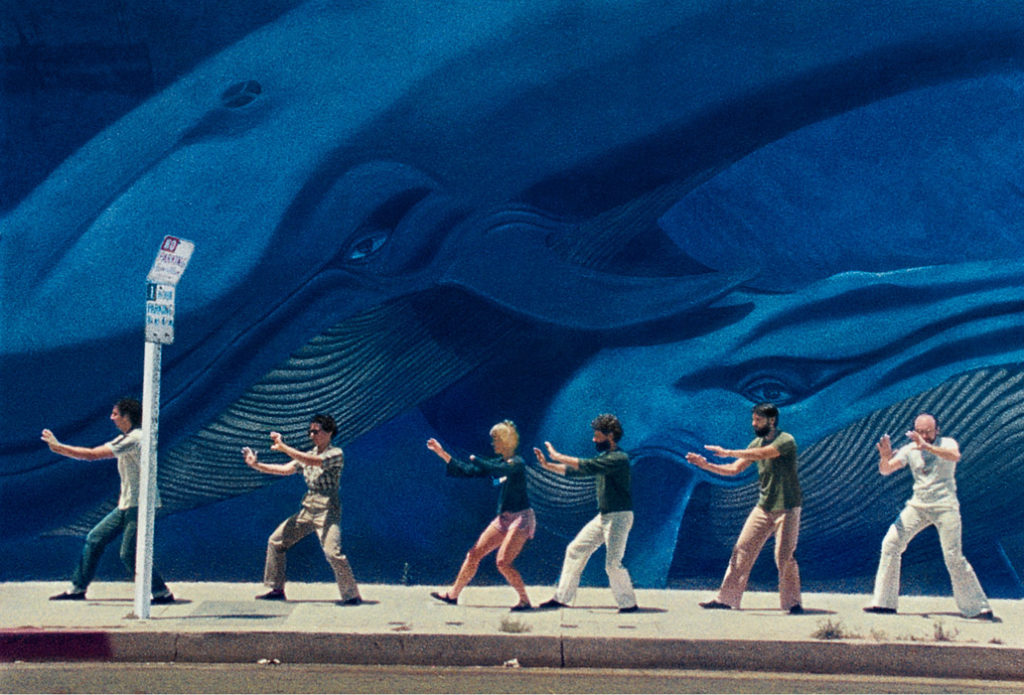 I went to Los Angeles for the first time this year. It was the opposite of Paris Syndrome—everything, both ugly and beautiful, that I wanted it to be. Art-wise, I discovered painter Max Maslansky and sculptor/conceptualist Alice Könitz at the Hammer Museum’s fantastic local biennial, “Made in L.A.”; was lucky to see “The Scandalous Art of James Ensor” at the Getty; and, after years of wanting to, visited the Museum of Jurassic Technology, which did not disappoint.

Of course, LA, like all great cities, is itself an artwork: the concrete curls of its freeway system and the infectious rhythm of driving them; in counterpoint, the hidden staircases running up and down hilly neighbourhoods from Highland Park to Hollywood. It’s a city of shifting surfaces, perfect for a travelling aesthete. It promises something while offering nothing (the Los Angeles River, paved and frequently running at a trickle); provides something in place of nothing (Los Angeles itself, a lushly irrigated desert); and places fake somethings within real somethings (the Central Plaza in Chinatown, a contained Shanghai-esque village devised in the 1930s by Hollywood set designers; or, more recently, the Chandelier Tree in Silver Lake). This year I finally saw director Agnès Varda’s 1981 masterpiece about LA street murals, Mur Murs, featured in the Los Angeles County Museum of Art’s fine exhibition “Agnès Varda in Californialand,” and a lyrical document of the city’s rich vernacular-art traditions.

LA was also the setting of a lot of non–visual art things I loved in 2014: Lana Del Rey’s album Ultraviolence, David Cronenberg’s film Maps to the Stars, Dan Gilroy’s film Nightcrawler and the TV series Transparent.

Everywhere I looked this year, the best culture seemed, somehow, theatrical. Maps to the Stars reflected the contrived perversity of Aeschylus’s Oresteia. The latest season of Louie was full of long takes and beat-like pacing, and the revelatory Vimeo series High Maintenance was essentially a string of spatially contained skits. Kate Bush resurfaced, staging her greatest hits as a multimedia performance at London’s Eventim Apollo. Bush’s heir apparent, FKA Twigs, tied idiosyncratic choreography to her basically perfect debut album LP1—so that, while listening to it, you couldn’t help but picture her moving in this way, and/or want to move in this way yourself. When I finally saw FKA Twigs live in December, it seemed as if LP1 was merely a script for that performance.

In contemporary Canadian art, there were a lot of tableaux and mises en scène. Julia Dault’s vibrant “Color Me Badd” at Toronto’s Power Plant resembled a set design for The All-New Mickey Mouse Club. Stan Douglas’s Helen Lawrence, at Toronto’s CanStage, was a perplexing, transfixing play-cum-live-art-object. The performances of Bridget Moser took the notion of “prop” to absurd, emotional extremes. Geoffrey Farmer’s Let’s Make the Water Turn Black at the Pérez Museum in Miami presented Frank Zappa’s biography through the history of sculpture, as a tableau vivant. Joseph Tisiga’s impressive watercolours at Toronto’s Diaz Contemporary used Beckett, and concepts of the diorama and public ignominy, alongside Jungian and Aboriginal imagery. Then there’s Jordan Tannahill, a Toronto playwright and director whose strong work deservedly won a Governor General’s Award this year. His forthcoming book, Theatre of the Unimpressed: Revitalizing Drama Through Artistic Risk and Failure, might do well to explain or dismiss my 2014 fondness for this art form, which for so long has seemed dying or dead.

Leave it to Godard to use a medium most associated with gimmickry, gaping and blockbusters—3-D—to alienate, frustrate, dismantle and incessantly query. Like an art installation, the director’s 2014 film Adieu au langage (in English, Goodbye to Language 3-D) is, or rather was, a work that did not transcend time and space, demanding to be consumed in a specific way: with 3-D glasses on in the theatre, jarred by the layered textures of various film and video formats, eyes occasionally crossed, with a vague feeling of nausea. If you missed it this way, you missed it altogether; Adieu au langage is lost as a digital download. This is in keeping with the director’s notorious petulance, and in general with cinéaste snobbery. But the opposite is true. Adieu au langage is an ingenuous material encounter—with all the violence, confusion and poignancy that that entails.

Godard’s intention as a director has always been paradoxical. He makes films yet hates them; he hates the concept of audience, which typifies consumerism and its passivity; he is a titan of 20th-century culture, yet such a title, such an idea, runs counter to everything he stands for. Why has Godard kept making films, and so many of them at that?

The central image of Adieu au langage is a dog. It acts, to borrow translated words from Derrida’s lecture on being seen naked by a cat (a reference point for the film), “as the mirror of a shame ashamed of itself.” Adieu au langage’s goal is also nakedness, to strip words, cinema, semiotics, love—to defamiliarize, to “other,” everything. The film is a film, however, its largely naked central couple is lost in philosophic-romantic discourse and erotic games. In other scenes, the dog continues to wander, its hungry gaze morally neutral. This is Adieu au langage’s ultimate denuding. And one is left with the distinct impression that Godard’s entire career is, in a weirdly Judeo-Christian way, about the shame of looking, of knowing, of making, even. Is it morbid to wish for a film to be a director’s last while he is still alive? One couldn’t hope for a more fitting end to an immeasurably important body of work.