Bill Clarke reports from the recent flurry of art fairs in New York, where the CanCon was strong. 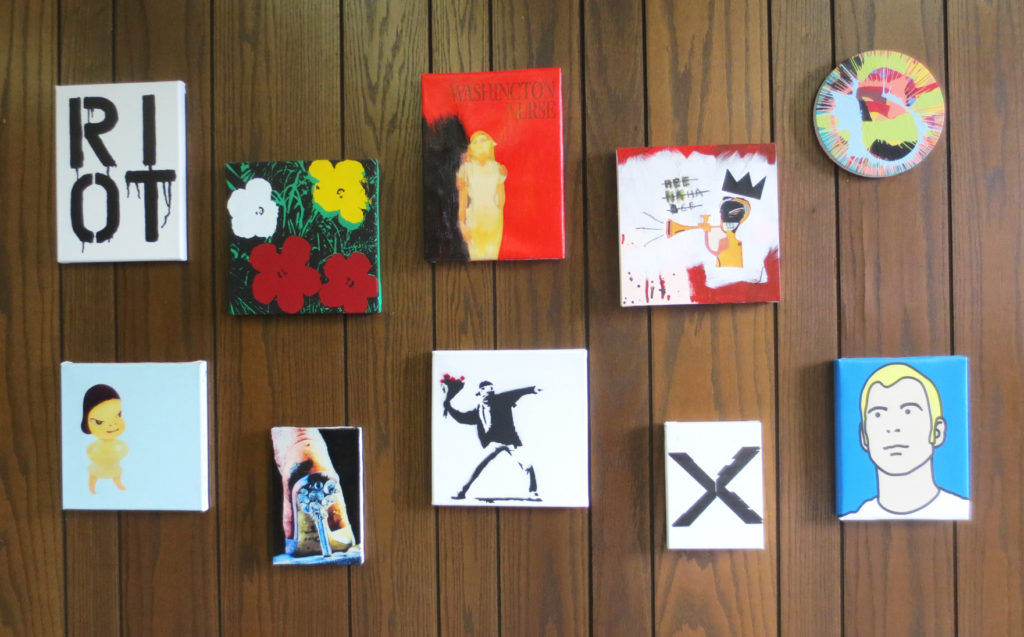 Neither the wind, nor the freezing rain or falling snow, put a damper on last week’s Armory Show and the numerous satellite fairs that drew dealers, collectors and artists from around the world to New York. Although the number of Canadian galleries participating was fewer than in past years, Canadian artists and collectors remained highly visible.

At VOLTA, Montreal’s Galerie Trois Points displayed an intimate body of photo and video work by Anne-Renée Hotte. The photographs feature members of her family as models, the different generations symbolizing the passage of time. In a quiet video, pairs or trios of family members situated against natural landscapes are posed so that they physically support each other as they stand on slowly rotating platforms. Just how far people who care about each other will go to provide support is part of the back story of the striking photograph Bateau (2007), an image of a tall ship “sailing” across a snow-covered field. “The hand holding up the picture is the artist’s boyfriend,” explained gallery owner Jean-Michel Bourgeois, as he gestured to the large window adjacent the picture; heavy snow was steadily falling outside. “People have commented that our placement of this photo is very clever.”

A few booths away, paintings, wall works and works on paper by Natasha Mazurka were presented by Ottawa’s Patrick Mikhail Gallery. Although the flashy Art Nouveau–inspired vinyl wall works first caught the eye, it was Index (2014), a suite of exquisite hand-embossed paper works that left a lasting impression. Their intricate and repetitive patterning sometimes felt like reductivist takes on the paintings of Sonia Delaunay.

New York– and Toronto-based dealer Katharine Mulherin opted to show work by Los Angeles artist Megan Whitmarsh. On the surface a seemingly playful homage to female artists, including Yoko Ono, Bridget Riley and Niki de Saint Phalle, Whitmarsh’s embroidered works on canvas actually drew attention to the struggle of women artists, even of this caliber, to take their rightful places in art history. Anchoring the display were three large embroidered canvases depicting fictional issues of international art magazines with works by women who have never appeared on their covers, the vibrant Dorothy Iannone/Flash Art canvas being a particularly effective corrective. (Appropriation of different sort by another of Mulherin’s artists, Eric Doeringer, could be found at the curator-driven Spring/Break Art Show. According to the young woman staffing the room where they hung, his miniature replicas of Warhol, Richard Prince and Julian Opie paintings were prompting confusion—“Are they real?”—and then chuckles among visitors.)

An introspective and minimalist display by Toronto’s Jim Verburg was presented by Zurich gallery widmertheodoridis. Process and materials were paramount here, in works featuring subtle gradients of grey and silver created using transfers onto newsprint, bond paper and mylar. An absolute gem of a piece, Untitled (reflected/repeated/red) (2014), made with oil-based ink painted on glass, and then rolled, transferred and layered onto mylar, looked like a little stained glass window and was sold during opening night.

Last year, I didn’t get into the Independent Fair, but this iteration felt much slicker than the first one I saw three years ago, and the presence of heavy-hitters like Maureen Paley and Peres Projects (and the prices for “new” artists hovering around the $5,000 mark), made me question just how “independent” this fair now is. However, like VOLTA, the Independent feels like a collection of solo or small group shows, which is appealing. No Canadian galleries here, but our eyes quickly landed on New York–based Moyra Davey’s folded mail-art pieces pinned to the walls at Murray Guy, their collage-like surfaces rich with narratives related to the artist’s personal networks and relationships. Further in, at Berlin’s Croy Nielsen, four large prints on aluminum by Brooklyn-based Hugh Scott-Douglas, who was born in the UK but raised in Canada depicted blow-ups of vintage advertisements taken from magazines and newspapers, the exaggerated Ben-Day dots pushing the work toward abstraction. Meanwhile, tucked in a corner of the fair at CANADA, two geometric works suggestive of icebergs by long-time Canadian sculptor Robin Peck meshed nicely with a selection of landscape paintings by Gerald Ferguson.

A Canadian gallery hasn’t attended the Armory Show for a couple of years, but several dealers offered artworks by Canadians, and Abbas Akhavan’s Untitled Garden (2008/2015), a hedge of cedar bushes that served as one wall of the fair’s VIP area was one of the fair’s installations. London’s Lisson Gallery presented a large lightbox, Sous-Chef on a Smoke Break (2011), by Rodney Graham, in which the artist appears in that guise lounging under a tree. Close by, at Zurich’s Eva Presenhuber, Steven Shearer’s German Helmets (2007) was typical of the artist’s work, which examines youth, alienation and barely suppressed violence within a conceptual framework. Here, in the style of a documentarian, Shearer reconfigures an image of a young boy drawing a swastika on his hand. New York’s Zach Feuer included the photograph Manifolds B (2015) by Jon Rafman at their booth; a solo show by the Montreal-based artist was on view at the gallery during the fairs. Lining one wall of Reykjavik-based gallery i8’s walls were works from Janice Kerbel’s letterpress-text-on-newsprint series Lust, Deceit, Love, Death, Revenge (2014), the title expressing emotions that many probably experience during the frenzy of Armory week.

One such person may have been Canadian collector Robert Rennie, whose private collection is housed in an eponymous museum in Vancouver. According to Bloomberg News, Rennie inquired about a work on paper by American artist Kerry James Marshall of a black male odalisque on view at New York gallery Jack Shainman during the VIP preview. But, the work had already sold (for $45,000).

Meanwhile, Art on Paper, the new fair on the block and probably the most affordable of all of them, debuted at the Lower East Side piers. All of the works were, as the name states, paper-based, and ranged from paintings on paper and collage to drawings, prints, sculptures and photographs. A small selection of graphite and coloured pencil drawings by Toronto’s Chris Ironside were displayed by New York gallery ClampArt, their air of nostalgia and longing a contrast to the rest of the photo-based work in the booth. Brooklyn-based Balint Zsako was at the Proposition with a fine new body of gleefully kinky and violent ink-and-watercolour works similar to those presented at Montreal’s Papier fair last year. Toronto’s Stephen Bulger Gallery presented the fanciful work of French photographer Gilbert Garcin. “It’s been great, so far,” said Bulger. “People have been responding well to Garcin’s work. It’s been exciting to introduce people to it.”

Perhaps the most charming booth at Art on Paper was delivered by the San Francisco gallery Electric Works. Several dozen wryly humorous figurative and text-based drawings by author (A Heartbreaking Work of Staggering Genius) and publisher (McSweeney’s) Dave Eggers covered the walls. High up in the display was a drawing of a buffalo’s head accompanied by the words: “It’s okay to feel passionate about Canada.” Truer words may never be written.