Brent Wadden: A Painter Who Weaves

This Glace Bay–born artist made an international breakthrough while living in Berlin. Now, his weavings-cum-paintings show at Frieze London and Art Basel. 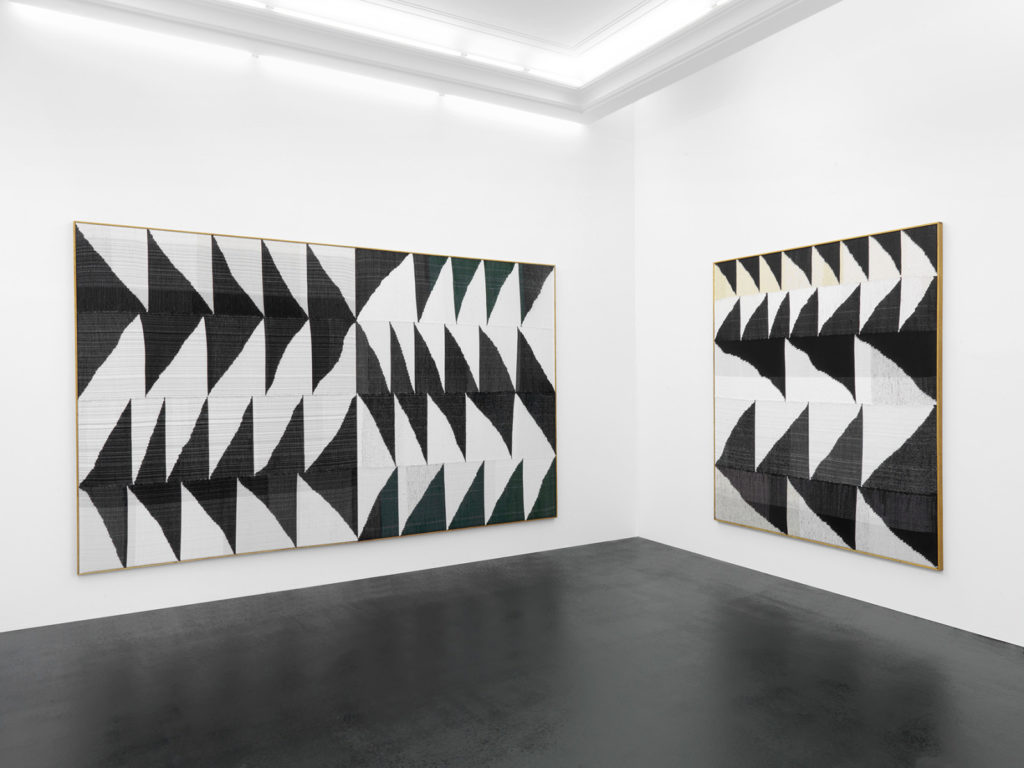 An installation view from Brent Wadden's "About Time" exhibition at Peres Projects in Berlin in 2013. Image courtesy Peres Projects.

The first time I saw Brent Wadden’s work was in 2013, via a video Snapchat my friend sent me one jet-lagged day in Berlin. She was at an opening at Peres Projects’ then new space on Karl-Marx-Allee. It was Wadden’s first show there, entitled “About Time,” and the Snapchat showed a tentative panorama of large black-and-white woven panels. “Come he’s Canadian,” the overlaid text read.

Later that year I saw works by Wadden, also black-and-white and woven, at the booth of Paris/Brussels gallery Almine Rech at Art Basel Miami Beach. Though he showed earlier versions of these works at Erin Stump Projects in 2012, I waited for years to see them anywhere in Canada outside of group shows. This past winter Wadden was included in “The Blur in Between” at the Art Gallery of Alberta. In 2015, he participated in the multipart, multi-venue exhibition “Geometry of Knowing” organized by SFU Gallery.

Born in Glace Bay, Nova Scotia, and with a BFA from NSCAD University, Wadden recently moved to Vancouver with his partner, while keeping his studio in Berlin. When we speak over the phone, their new baby interrupts us periodically. The artist has, in a few senses, returned to the domestic.

“All the important years of development for me happened in Berlin,” he says. “It is a big change, this move back. I spent my mid-20s in Berlin; I have a group of friends there who know what I do really well; I have a sense of community.” One of Wadden’s Berlin friends, Travis Meinolf, taught him how to weave. When we speak, Wadden mentions that Meinolf just sent him and his partner a baby blanket.

“Explaining [the weavings] as paintings makes sense to me,” Wadden says. “It’s more dealing with the history of painting, less the history of weaving and textile art. I’m an untrained weaver; someone who is traditionally trained would do things a lot differently.”

Wadden changes looms every year or so, in part to make sure that he doesn’t get too good at what he does. In Berlin, he sourced material from eBay, a way to avoid having to speak poor German at shops. Many-coloured fibres would arrive at his studio in boxes and would be sorted, with the resulting works betraying their hybrid beginnings. In Canada, he’ll have to find a way to ensure the same X-factor—an important part of the chance-based, deskilled tradition within which he works, and which he may have gleaned from Canada.

“I feel the references today,” says Wadden when I ask him if NSCAD’s Conceptualist influence has rubbed off at all. “My painting teacher was [the late] Gerald Ferguson. He was a process-based painter. If he saw my work now, I think he’d be really into it.” 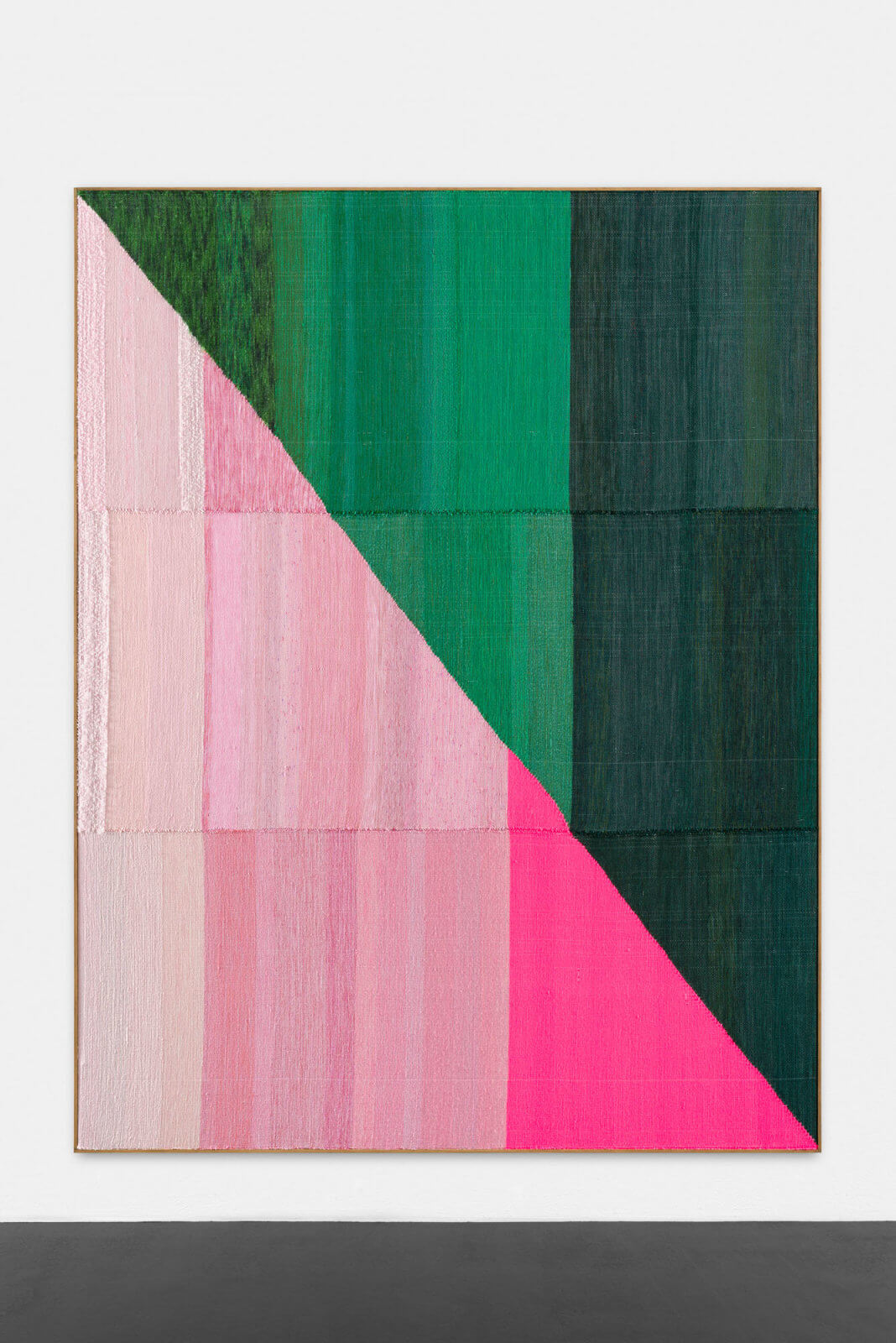 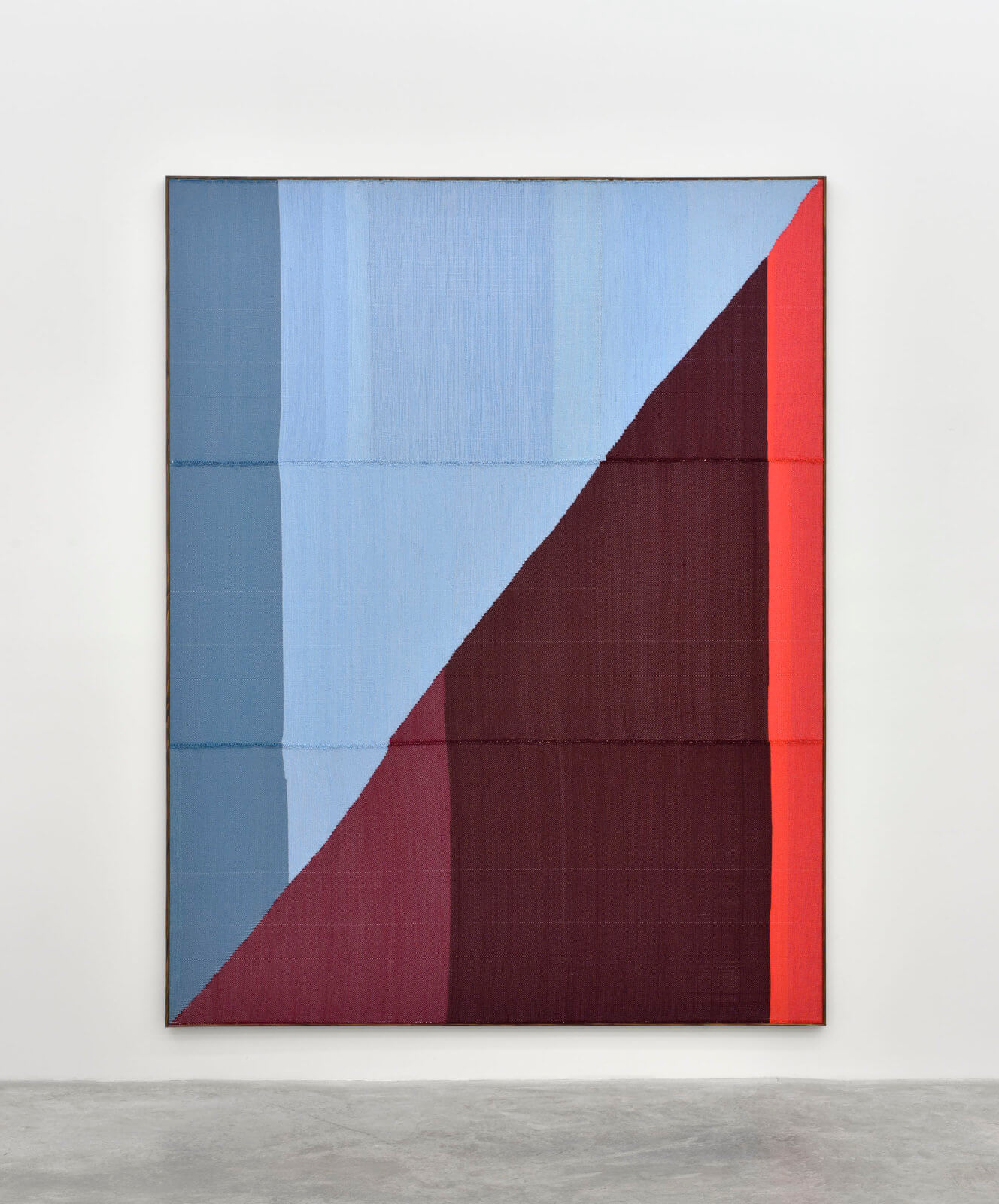 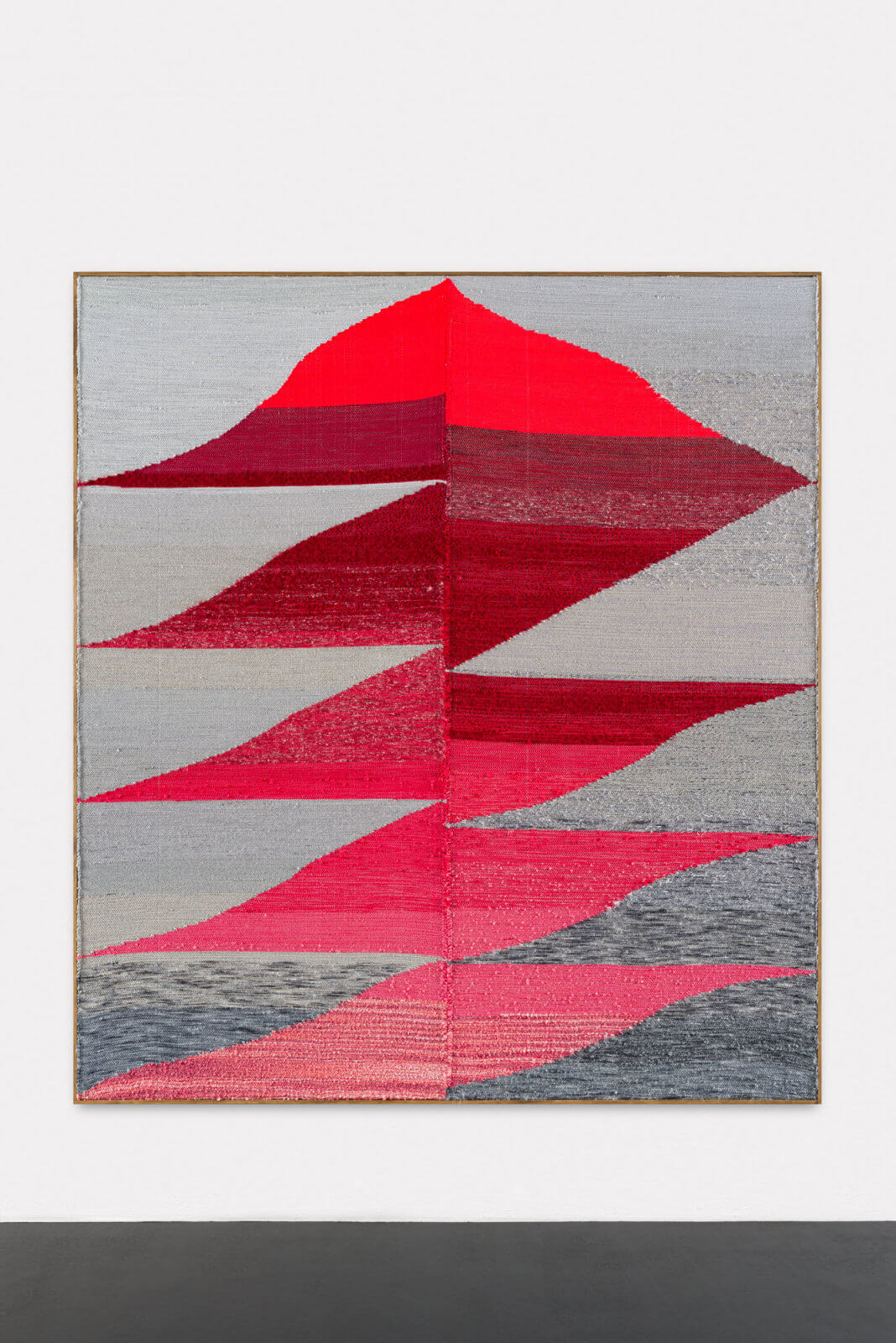 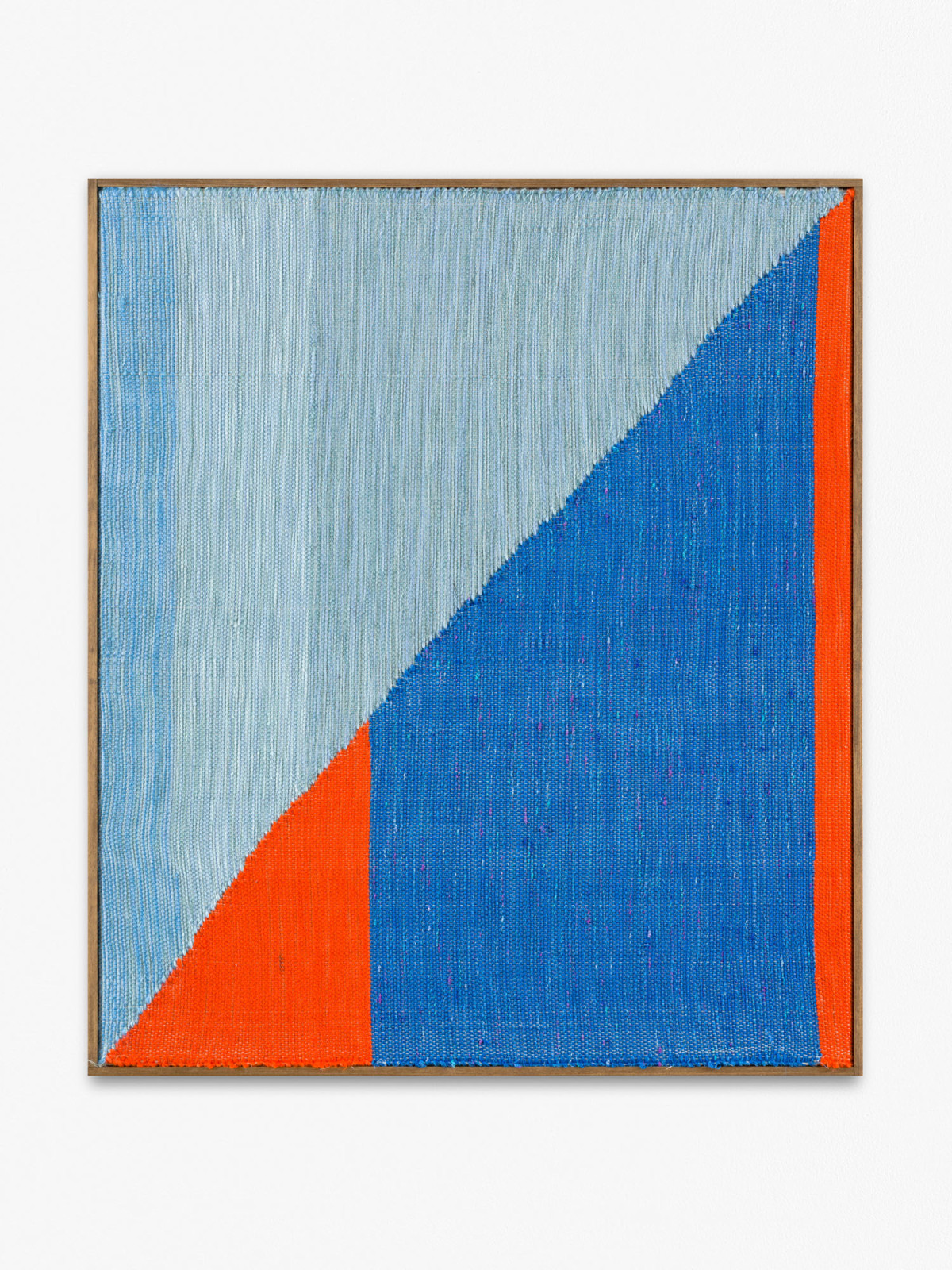 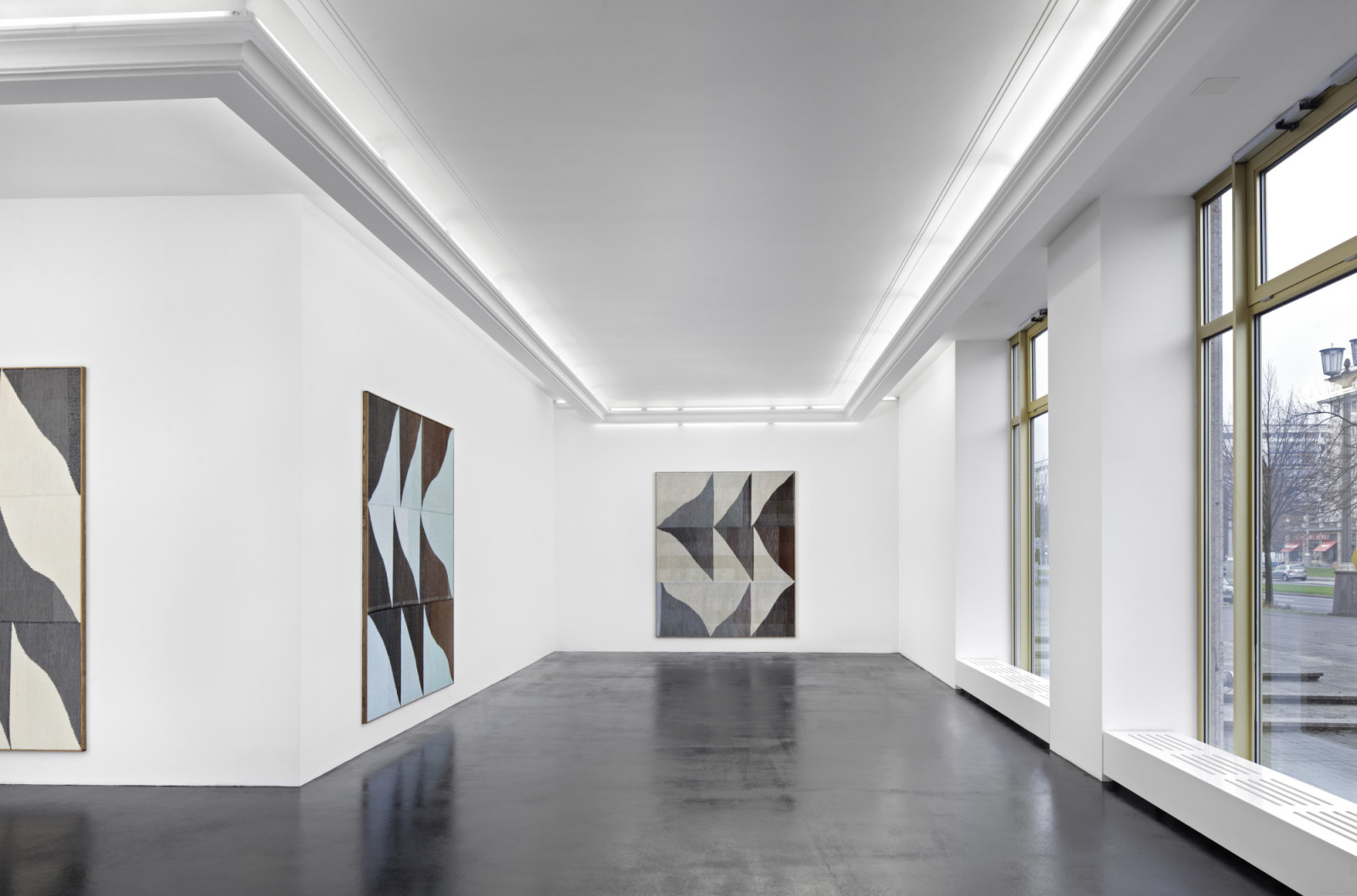 A view from Brent Wadden’s exhibition “Pit Pony” in 2014 at Peres Projects, Berlin.