Can the artist-run centre survive in a digital, thoroughly international millennial artworld? Part two of our cross-country survey. 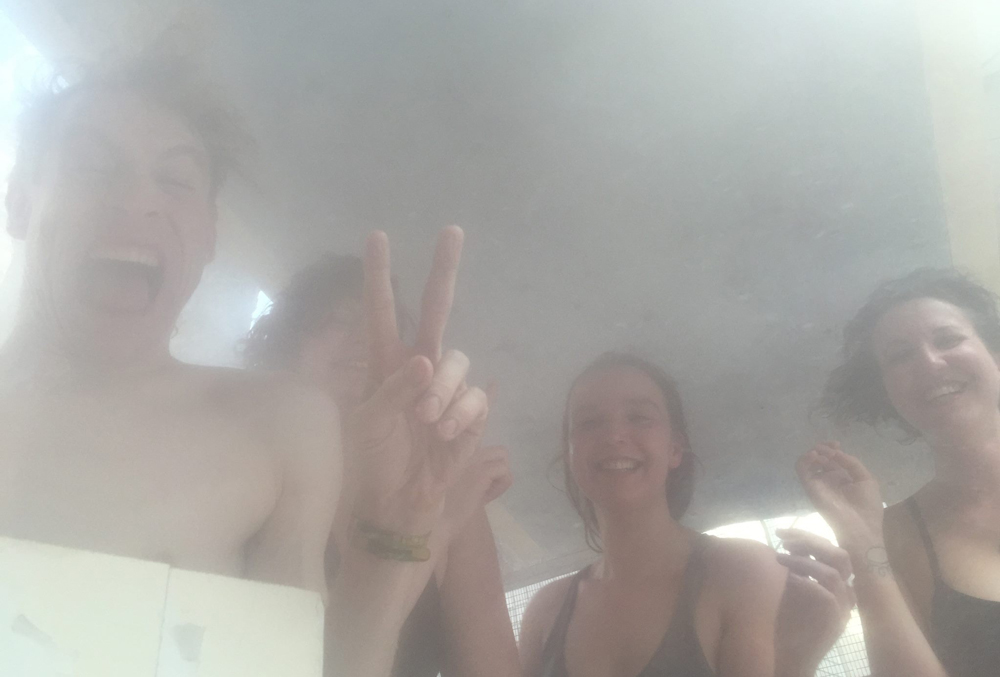 by Nicholas Brown and Jaclyn Bruneau

In the 45 years since Canada’s first artist-run centres (ARCs) were established, they have grown into a network of institutions unto themselves. Over 30 years ago, A.A. Bronson published The Humiliation of the Bureaucrat: Artist-Run Centres as Museums by Artists, which delineates the intentions, processes and forms of ARCs across Canada. But how would this article read if it were written today? It’s time to take stock of ARCs in our present moment, questioning their function within an increasingly connected, digital era.

Canadian Art contacted a number of individuals across the country who are deeply engaged in ARC culture and an array of contingent, artist-initiated exhibition spaces. These arts workers reflect different generations, geographic locations and levels of experience with artist-run culture. The result was a two-part sampling of their responses to our questionnaire. In the first part, we explored institutional critique, professionalization of ARCs, and fostering community. In this second part, we deal with ARCs as distinct (or not) from commercial galleries, and dig into bigger questions of relevance.

What can ARCs still do that institutions or commercial galleries can’t?

Chris Gehman (filmmaker and writer, Toronto): They can show work that is not established or commercial. They can support the work of people from marginalized communities, who are unlikely to be recognized by large institutions or commercial markets. They can provide professional representation (I am thinking of distribution and artist-run galleries) that insists that artists be paid for the exhibition of their work, so that artists are not constantly up against the promise of “exposure” instead of payment. They can support real experimentation.

Simon Schlesinger (co-founder of 8-11, Toronto): I’m convinced that the actual question isn’t about ability, as institutions and commercial galleries can do many things. What is more relevant, as far as I’m concerned, is willingness. Institutions have to follow many regulations; commercial galleries have to remain profitable. They have clearly defined boundaries, which can be worked around. But for many, why would they? For our collective, I don’t think we have done anything that an institution couldn’t do…we have been able to put as much care and energy into lecture series, poetry readings, panel discussions, infrastructural re-imaginings of our space (e.g. our backyard sauna), and hosting a variety of events aimed at bringing creatives from other spheres into our small art circle.

Jesse Birch (curator, Nanaimo Art Gallery): One of the main things that ARCs do that larger institutions and commercial galleries don’t usually do is advocate and collaborate with each other. Provincial associations of artist-run centres not only advocate on their members, and each other’s behalf, but they also produce important conferences and resources for artists.

Chris Lloyd (artist, Montreal): ARCs have incredibly maneuverability and flexibility, though some perhaps don’t exercise it as often as they could. In general, they don’t maintain collections, so they can up and change locations in a short amount of time if need be. They also throw way better parties, hands down. Or hands up, if you prefer.

Chris Gehman: In asking this kind of question, we run the risk of obscuring material conditions by speaking at too abstract a level. In today’s neoliberal environment, we frequently hear, “Are unions still relevant?” The question is based on a false premise. The real question, of course, is not whether unions are relevant, but why their power to bargain effectively is diminishing, why the proportion of the population that belongs to a union is decreasing and what the consequences are for the workers they represent, and the workers they might have represented in the past. Why are we asking whether ARCs are still relevant? Is it because all the problems they were established to address have been solved? Is it because they have become redundant or ineffective? Or is it because there is pressure to redirect the resources currently used to support ARCs to other purposes or institutions?

In principle, ARCs are still relevant; larger institutions and commercial markets may have shifted their practices to a certain extent, but structurally they are what they were when the ARC movement began, and tend to be conservative in specific ways. And Canada, as a commercial art and collecting market, remains “small.” (Financially successful Canadian artists are, almost by definition, successful in the international art market.) An alternative is needed. A place for emerging artists to show their work is needed. A place to support independent production is needed. But not every specific ARC is still equally relevant. It is not a bad thing for funding juries to evaluate funding requests based on the actual effectiveness and impact of a particular centre at the present time, rather than on how much support it has historically received, or a legacy of important work that may be decades in the past. This is not only a question of numbers (how many people walk through the door, how much money have you made for artists, how many works were produced through your facility), but also of evidence that an organization is actively engaged in the broader culture, is thinking about how its role and functions may need to change to address changing conditions, and is acting to address those changes.

Dagmara Genda (artist, Saskatoon): I’d rather ask what makes them relevant and which models are succeeding? Artist-run centres will always be relevant, but is how we are funding them and the models that result beneficial to the cultural climate? While artists are doing many interesting things outside of ARCs, I’d hate to see that funding cut and the money potentially directed away from artists. I think all ARCs are different—perhaps there are some that have continued too long but those are difficult decisions that don’t have to impact artist-run culture as a whole.

Jesse Birch: ARCs are still relevant. They are not only valuable for supporting artistic practices, but also to the development of curatorial practices. ARCs are resources both through direct support and also through the skills, opportunities and experiences that they provide to artists and arts professionals. These become resources for a whole range of cultural activities activated outside of the institutions through which they were developed.

After 30–40 years, ARCs now represent a somewhat entrenched layer of support for the arts in Canada. There will always be the drive to set up pop-ups, loft galleries and the like, and to build community in the crevices and hidden folds of institutional models, but ARCs are a great way to shine the spotlight on emerging practices and new ways of thinking, all while having a great time.

Simon Schlesinger: I’m not sure if this is where I’m meant to express a grand flourish of optimism for our current state of organization and interconnectedness, or to be evocative of a nihilistic rebuke of artist-run centres as basically dinosaurs whose connective tissue has eroded to reveal fossil.

But, if it isn’t the artist-run centre model, then some sort of newer model may develop. Large institutions may increasingly interface with artists and arts communities, but will never cede complete control. Commercial galleries can only show so much unsellable work. Increasingly, commercial entities emerge that attempt to blend commerce and art in ways that make the role of money on art within the commercial gallery system appear non-infringing. Will we ever stop demanding ownership of our discourse, or a platform to share non-transactory work? As long as our work requires physical presence, and we require shared physical space for our communities, there may as well be spaces organized, operated and conceived of by artists.