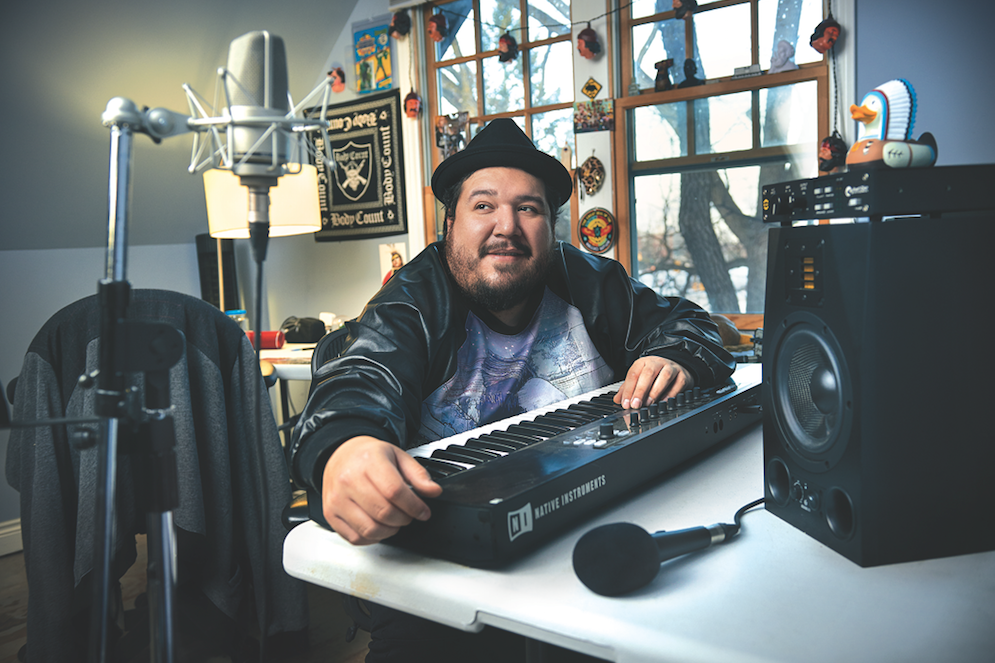 Almost everyone in the arts knows that Ottawa is home to Canada’s major national museums and galleries. But what about lesser-known, insider spots in the city for music, shopping, art and coffee? Artist Bear Witness, a member of the Polaris Prize–nominated, Juno Award–winning music group A Tribe Called Red, opens up about his favourite capital-scene recommendations.

Bear Witness: It doesn’t exist anymore, but I have to mention Aloha Room, which is where A Tribe Called Red had their first meeting. Another important place that has been around forever is Babylon (317 Bank St.). That’s where Electric Pow Wow started in 2008. It’s a space that is owned by the backstreet community and has this real down and dirty club feel. It just feels like home.

BW: I get material for my video work from thrift stores. Because of the nature of what I collect —I buy a lot of westerns that have colonialist representations of Indigenous people—most stuff doesn’t get re-issued, and it’s hard to find. The Turning Point (411 Cooper St.) is great, and they also have a good selection of records.

BW: The Mayfair Theatre (1074 Bank St.), which has been around since 1932 and survived the takeover from all the big-box suburban multiplexes. Some people I know bought it, and made it into a venue for art-house and genre-based films.

Q: Where’s the best place to do karaoke?

BW: I’ve had a lot of fun at the karaoke night hosted by drag queen China Doll at Shanghai (651 Somerset St. W.), a Chinese restaurant run by an amazing family that has been an important part of the Ottawa community for decades.

Q: Where’s the best place to get a cheeseburger?

BW: Ottawa has mastered the art of pub food elevated to the standard of Le Cordon Bleu. I love the Manx Pub (370 Elgin St.) and Bowman’s Bar and Grill (1170 Carling Ave.) for cheeseburgers.

BW: I love to cook—that’s what I did before A Tribe Called Red. I buy my ingredients at the Ottawa Farmers’ Market (Lansdowne Park): I always get local game, like buffalo, elk and deer, as well as this amazing sourdough that they sell there.

BW: My kitchen! When I lived on Bank Street, I went to Bridgehead (750 Bank St. and other locations), a local chain that sells fair-trade, organic coffee, but now I go to the farmers’ market and buy from a local roastery called Poppa Bean.

BW: Vertigo Records (193 Rideau St.) is the best in the city. It’s a real institution.

BW: SAW Gallery (67 Nicholas St.) is a huge hub in the city and gives a lot of support for Indigenous youth. I was in the SAW Video Media Art Centre youth program in 2006 and 2007 and produced my first professional video work there, for Miche Jetté of Flecton Big Sky.

Q: Where’s the best place to take a selfie?

BW: Looking out across the water at Parliament from the corner belonging to the Indian Scout (Major’s Hill Park), who used to reside at the foot of the statue of Samuel de Champlain, but was moved after the Assembly of First Nations protest in 1999. My favourite feature of this city is its monuments. Interacting with them—that comes from my father, Jeff Thomas, whose work recontextualizes historical images of First Nations people. Ottawa’s kind of a conservative place, and it’s exciting to push back against that. It’s an artist’s job to question the ways people are represented. I really enjoy being that artist.