A Night in Nunatsiavut

On October 8, 2016, generations of Inuit came together to shine a light on a region that has been artistically ignored 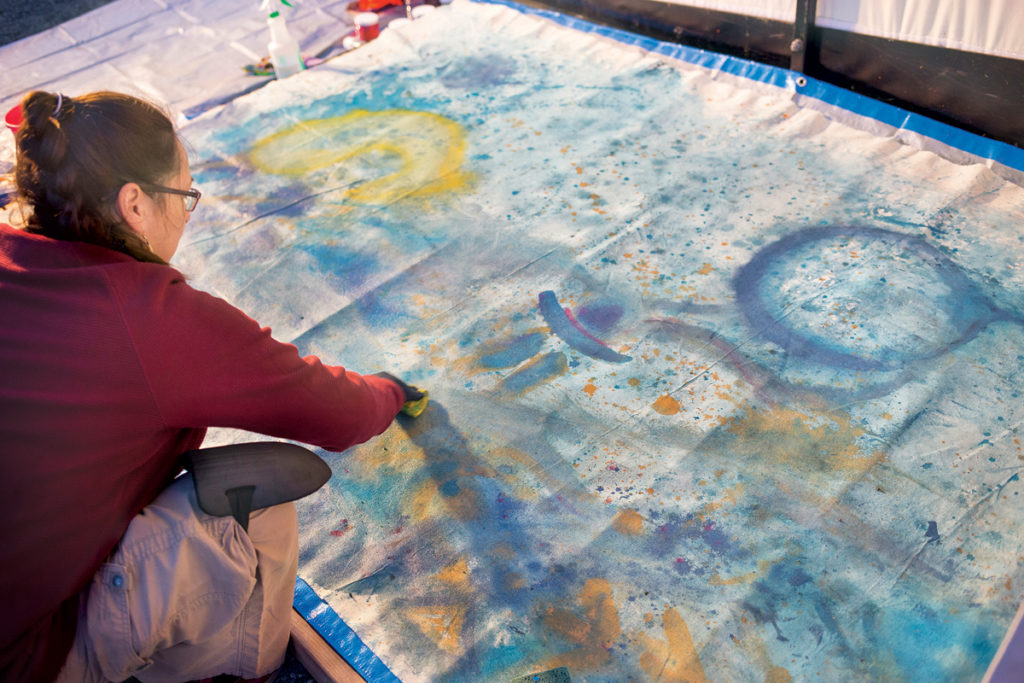 One of my fondest memories is of sitting next to my grandfather by the heat of our old wood stove, as he carved tiny owls, martens and weasels out of wood. It was his first attempt at quitting his chain-smoking habit, and he needed something to do with his hands. Afterwards, he let me paint the thumb-sized carvings with colours from my children’s paintbox. He praised my work, of course, and I was immensely proud. I think we still have a couple of those tucked away in our little matchbox house in Rigolet, Labrador. As I walked through the exhibition “SakKijâjuk: Art and Craft from Nunatsiavut,” at the Rooms in St. John’s, it was almost as if I was back there.

We had a few pieces of art hanging in our home, proudly displayed alongside the embroidered Bible verses and tourist knick-knacks. Our community was full of artists: my Dad’s uncle, who carved model dog-sled teams out of wood; doll makers and grass sewers; an older local man who made hand-carved dancing dolls. We also had hooked rugs from the Grenfell Mission era, and were lucky enough to have a very well executed oil painting by Maude Chaulk of my grandfather’s home settlement of Mulligan. I would stare at it quite often, wondering exactly how she created the graceful curves of the evergreen hills topped with cream-coloured caribou moss, so evocative of that region of Labrador.

We have one drawing in our house from the 1980s, and no one recalls exactly who the artist is. It’s of an old “12 ski-doo,” carefully rendered in ballpoint pen. The mark-making was confident, and the attention to detail was magical to my child’s mind. Looking back on it now, I am confident it rivals anything I’ve seen at the National Gallery of Canada. I can’t help but wonder how many artists and their works have been lost from that artist’s generation and those before it. 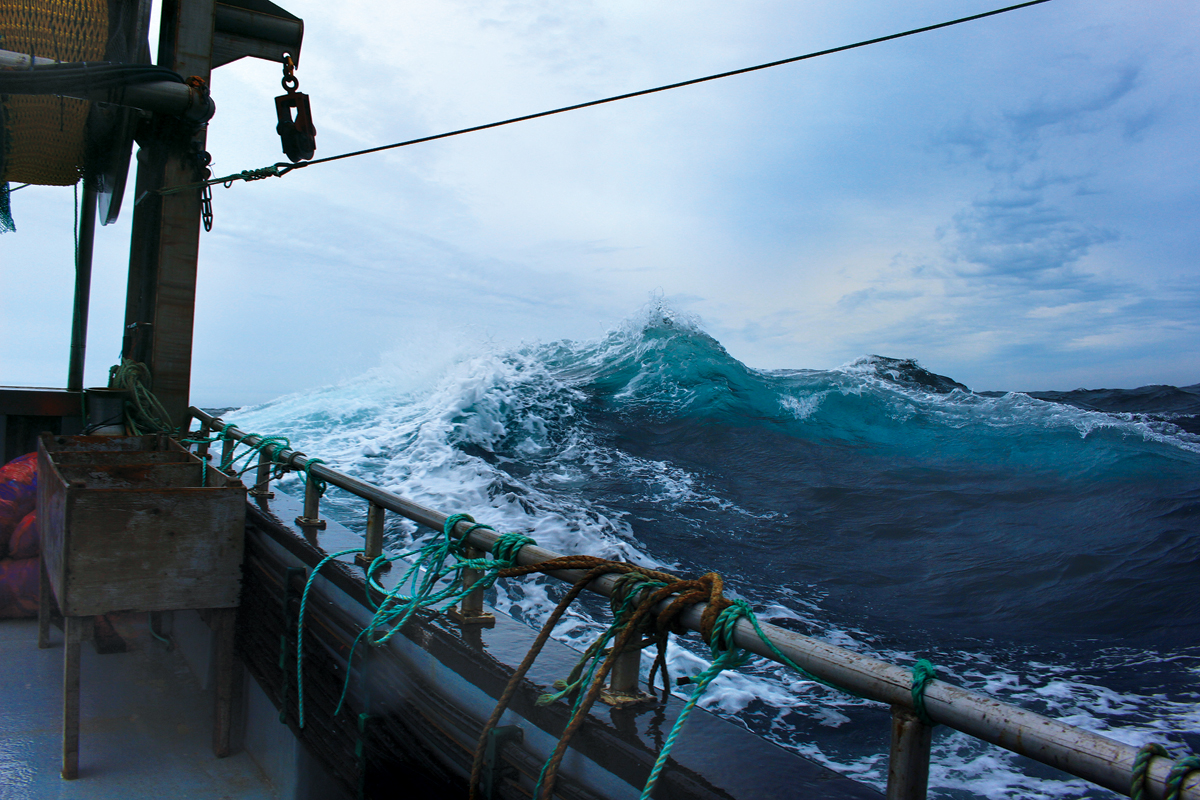 I didn’t know much about the contemporary Inuit art movement until I moved to Ottawa in 1997. The lack of Labrador Inuit art and artists was noticeable. I knew they existed, so why wasn’t their art being seen outside of Labrador, and being promoted in the lucrative market in Canada, the US and abroad? Since my days as curatorial assistant at Indigenous and Northern Affairs Canada, I had dreamt of ways to enrich Inuit art in Nunatsiavut, and truly introduce it to the rest of the world—to highlight its diverse artmaking, and unique Indigenous perspective. So when I first heard that Heather Igloliorte was curating “SakKijâjuk,” it was like my prayers had been answered.

I had attended an early version of the exhibition in Happy Valley-Goose Bay the year before, and I was not prepared for just how awe-inspiring it would be to see it again in a professional gallery setting. Opening night was packed—I ran into people I’ve known for years, like photographer Barry Pottle, who is also based in Ottawa, and John Terriak, who taught me to carve more than 20 years ago, for which I will always be thankful. Everyone was in a jovial mood. The only tense moment I witnessed was at the expense of Dwight Ball, premier of Newfoundland and Labrador, who was giving opening remarks. While he was doing so, an attendee shouted out a plea to not poison the Labrador people, a comment in response to the handling of the Muskrat Falls hydro-electric dam development that was making news at the time, in October 2016. I ran into artist Billy Gauthier a day or so later. Little did I know that the seeds had already been planted for his headline-making hunger strike to protest the development of the dam.

It is impossible to separate the “SakKijâjuk” exhibition from iNuit Blanche, the Katingavik Inuit Arts Festival and the Inuit Studies Conference, as they were all occurring simultaneously. As part of iNuit Blanche, I did a collaborative art project where members of the public were invited to paint onto a large canvas I had previously prepared, and afterward I responded to the paint they had added. Among those to drop by and take part were Danny Pottle, at the time an ordinary member for the Nunatsiavut Government constituency of Canada, and Nelson Graburn, professor emeritus of sociocultural anthropology at the University of California, Berkeley, among many others. Also happening at Harbourside Park were performances by the St. John’s Inuit Drumming Group, and Mark Igloliorte’s Kamutik Dogs Series, where he drew portraits of people’s dogs next to a kamutik, or Inuit dog sled. It was a truly incredible evening. 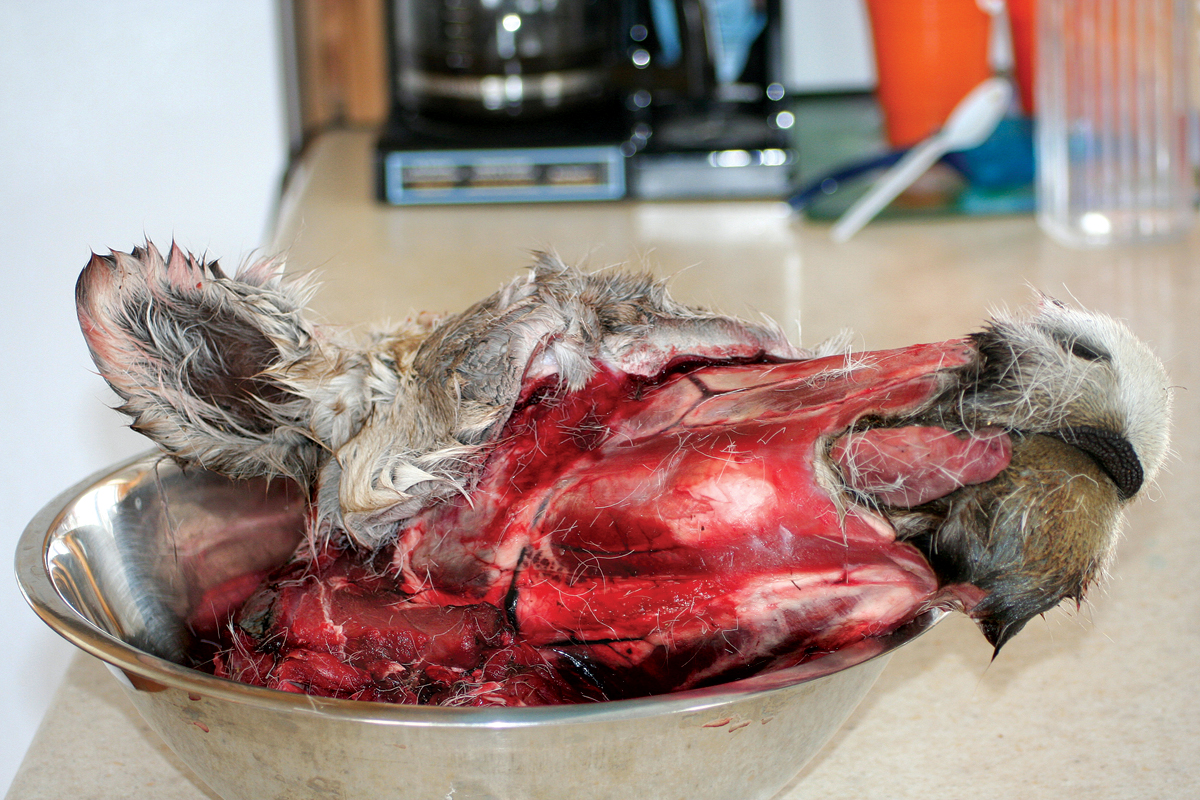 At the Rocket Room cafe the next day, I was able to get a better look at my completed piece, which was hanging in the upstairs meeting space, and I attended a live demonstration of traditional Inuit tattooing by Marjorie Tahbone. Later, I took my five-year-old daughter to throat-singing lessons and demonstrations by Jenna Broomfield from North West River, Newfoundland, and Malaya Bishop from Iqaluit, Nunavut, who together form the duo Sila Singers.

I also gave a short talk about my artwork as part of the tour of the exhibition, and enjoyed having that one-on-one connection with the visitors and sharing a bit about my thought process and my painting style. It was also great to hear fellow artists speak more in-depth about their own work. Now that I live in Ottawa, it’s rare that I get to interact with other Nunatsiavut Inuit artists, so this was especially inspiring for me. To hear Mark Igloliorte talk about his painting process was almost surreal, because when I went to university in Corner Brook, I was the only art student of Inuit descent that I knew of. To see a fellow Nunatsiavut Inuk speaking about his education, as well as his work educating others, made me realize how far we’ve come in the last 20 years.

I was so honoured when my work 7th Generation Inuit Community (2015) was mentioned in Canadian Art’s online piece on iNuit Blanche. Making meaningful connections with the viewer is what makes art production so worthwhile. I wish I could fully convey the sense of pride I felt, to see our Nunatsiavut Inuit art and culture being showcased for other regions, and the general public of Newfoundland and Labrador, as well as those visiting from all over the world for the Inuit Studies Conference. I look forward to seeing the profound works of art that will be created as a result of this inspiring and history-making era for Nunatsiavut Inuit art. Having my daughter there to share in the experience was also meaningful. I know she will have memories of this trip that will last a lifetime, and I am certain she will grow up with knowledge of and great pride in her Inuit ancestry.