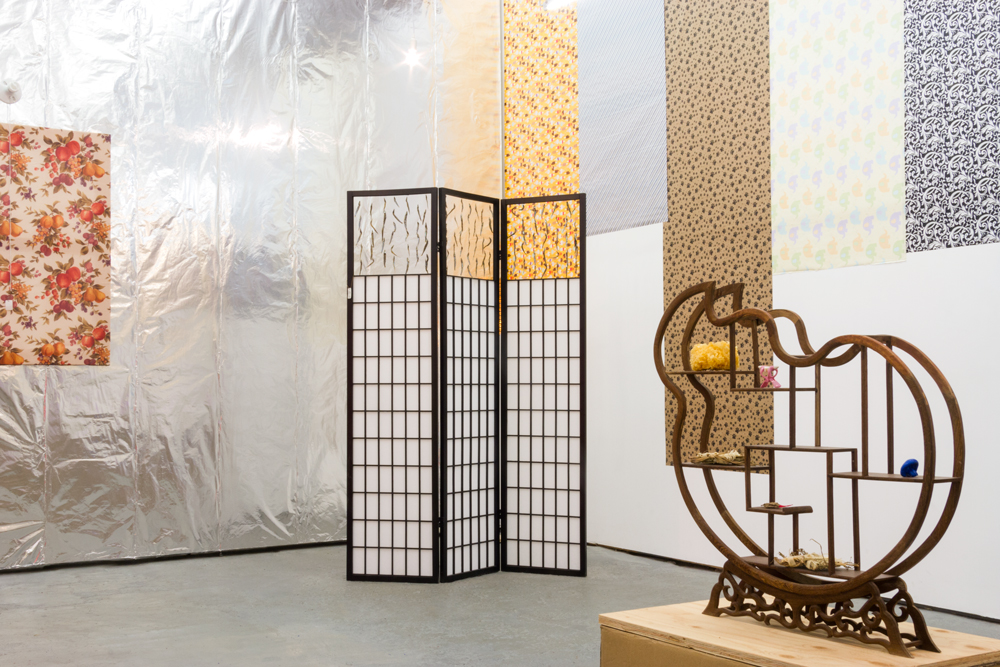 For years, Vancouver’s Chinatown stood as a monument to the persistence of memory—a town built from history within a larger town that behaved as if history was an impediment to growth. That began to change in 2004 with the acquisition of one of Chinatown’s oldest and most storied buildings by an art-collecting real-estate marketer who, like the developers he works with, understands that the best hedge against those accusing him of selling out the future is to reify the past. But Chinatown is more than an assemblage of buildings; it is a system of less-visible social relations that have, among other things, contributed to their construction.

For artist Ron Tran, the less-visible aspects of Chinatown provide the point of departure for his current exhibition “The Kitchen Garden at Home/Store” at Chinatown’s 221A. In the weeks leading up to the exhibition’s “soft opening,” Tran visited Chinatown shops and purchased items that ranged from those on display (vinyl table coverings, plastic flowers, stationary) to, in one instance, the display support itself. And where Tran has not purchased these highly original display supports, he has improvised them—inspired, as it were, by their logic.

In the days that followed the opening, I made two visits to 221A. During my first visit I was aware that I was indeed entering an art gallery, albeit one that has made every effort to approximate a shop, like the pop-up shops we see in spaces where development applications have made month-to-month rentals a reality. However, it was during my second visit that I found the gallery to be densified (to use a market term) by Tran’s ongoing work on the installation, with curious shoppers asking curator Brian McBay about what they were—and were not—seeing. McBay, for his part, held onto this tension for as long as possible, treating these questions not as someone determined to remind us that we are in the midst of an artwork at an artist-run centre, but as a helpful shop clerk, thereby confusing the role of curator and viewer with shop clerk and shopper.

As Tran’s work on the installation continues, so too does the narrative. The exhibition’s official public reception was on April 23, after which the items were given price tags. For those eager to add a privacy screen to their home, I would recommend the one that has in its upper sections a mobile of tiny dried fish purchased from a neighbouring herbalist. For those curious about the small abstract sculptures, these items are to be worn while sleeping, to make your nose more pointed. As for the price of these items, McBay said they correspond to what Tran paid for them. When I asked him somewhat accusingly why the artist’s labour is not factored into the price, I was reminded by a passing shopper that this is not a private gallery, and that Tran will have received a fee for his work.