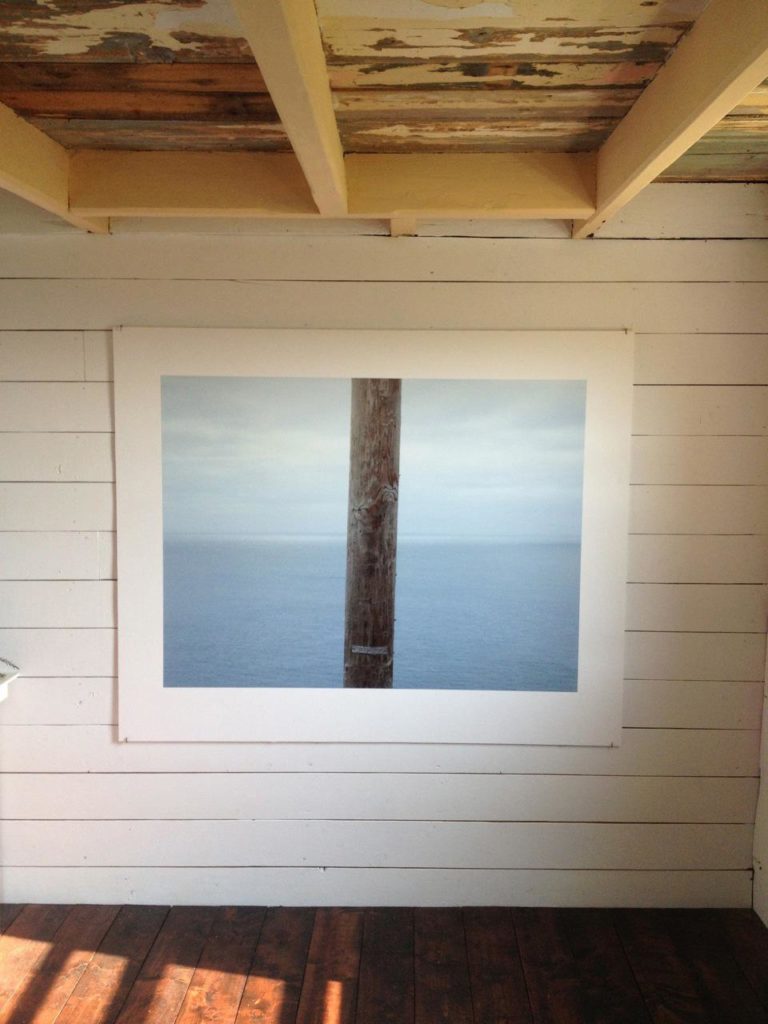 A view of Ned Pratt's exhibition “The Process of Pictures” at 2 Rooms Contemporary Art Projects, a converted saltbox house in a small Newfoundland town

Every now and again, we get to experience a special exhibition, and Ned Pratt’s show at 2 Rooms Contemporary Art Projects is just that.

After travelling three hours up the beautiful Bonavista Peninsula from St. John’s, I arrived in Duntara (population 75) for the opening of Pratt’s exhibition, “The Process of Pictures.” It is only the second show at the newly established 2 Rooms, whose director, Catherine Beaudette, is also an artist and collector.

Walking into this lovingly restored small gallery (a 19th-century fisherman’s house), I was immediately struck by the fact that the saltbox houses Pratt had photographed were just like the one I was standing in, and indeed just like those I could see through the gallery windows, dotted along the shore of the exquisite Newfoundland landscape.  I was embraced, in a sense, by the content of Pratt’s work.

The calm beauty of Pratt’s photographs in this situation was electric. A new work, The Yellow Berm (2013), shows a yellow-gold parking berm bracketed by dense violet cloud above and heavy white snow below. Initially, I thought I was looking at a massive structure, like a mountain or an aerial view of an island from a great distance. It was unsettling to learn that it was only a parking element.

While Pratt’s work often exists in the heartbreaking intersection of desire and loss, he creates a respite from too much emotion by using a formal construct of repetition and centrality. In the large photograph and multiples of the print May 10 (2011), a simple two-tone house in umber and ochre appears to be in the process of being reclaimed by the landscape. Photographed from the same vantage point many times in different conditions, the house remains remote and inaccessible.

Part of Pratt’s charm is to make the pictures look dead simple but have a profound effect. (A tendency also evident in the work of his parents, artists Christopher Pratt and Mary Pratt, perhaps.) On extended viewing, the images destabilize just as one is sure one has figured them out.  Am I on a hill, in the water, on the ground?  It’s never truly clear.  One thing that is clear, though, is that they grab you and won’t let go.

Pratt’s work provides a beautiful juxtaposition with “Epitaph,” Beaudette’s latest project in the second-floor gallery of 2 Rooms. “Epitaph” includes a historical collection of Newfoundland artifacts—think hooks, hammers and axes—worthy of the Royal Ontario Museum. Combined, the two offer a soulful view into this beautiful province that makes the drive up to Bonavista well worth the effort.