Canadiana was in the air this week with the federal election, Drake’s new video and CBC’s Crash Gallery. We recap the recent episode (complete with GIFs). 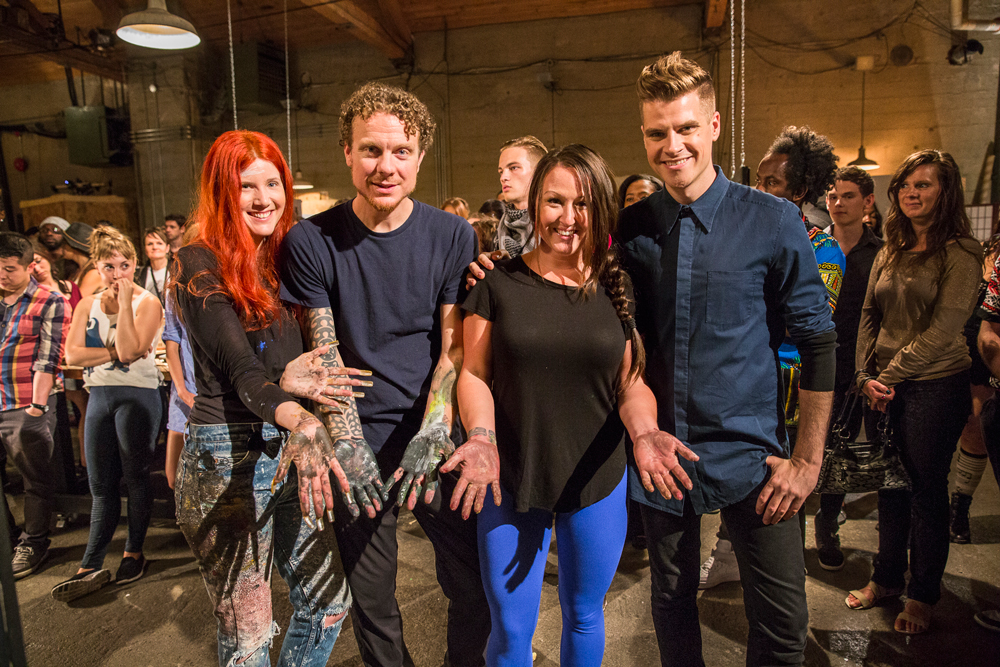 by Rosie Prata and Caoimhe Morgan-Feir

We reached peak Canada this week (as many users on social media noted). With a federal election, another Blue Jays win, Drake’s newest music video and the latest episode of Crash Gallery, being Canadian suddenly felt, dare we say, pretty cool. The federal-election results (particulars aside) seemed like a repudiation of the divisive rhetoric that was thrown around during the election campaigns and an embrace of the idealized caricature of Canadians: polite, generous, multicultural and liberal.

Of course, it should go without saying that this idealized image is not entirely realistic. Our colonial state, appalling recent environmental records and swath of social issues show that Canadians are not so mild-mannered and open-minded. But perhaps it’s an image worth working towards and aspiring to. Aspects of the stereotype were certainly in evidence during the latest episode of Crash Gallery, CBC’s zany, occasionally cringeworthy reality-television show that pits artists of all stripes against one another in goofy challenges for the sole prize of bragging rights.

Something strange happened in last Friday’s episode: the first challenge, usually the most physical and therefore the most ridiculous (past contestants have been strapped into harnesses or equipped with paint guns), was relatively subdued. Contestants were asked to paint on glass over photographs of their own faces to create thematic self-portraits and, stripped of gimmicks, they each became slightly self-conscious and a little bit stumbling. This sudden turn gave the show a sweet, generous undertone—contestants helped each other, audience members jumped in with advice and support and materials were shared. A similar demonstration of graciousness in the face of difficulty took place during the second challenge, which was to construct a sculpture from a chandelier-like arrangement of tires (a nod to Duchamp’s Bicycle Wheel, no less).

Given this twist, we’ve opted to forgo the snark in our recap this week, and highlight a few of the moments that best represent the ideals of our imagined Canadian selves.

1. When Jeremy and Meaghan shared materials.

2. When Jeremy really didn’t want the terrible wet-palette prize, but accepted it from Sean anyways.

3. When Avis discussed her pride as an Indigenous person.

4. When Jeremy seemed infinitely more impressed with Meaghan’s chandelier than his own.

5. When Meaghan froze with nerves during the challenge, but the audience cheered her on.