Supercommunity in Saskatoon, Light on the “Community”

The Remai Modern brought together an international group of presenters for the two-day Supercommunity Live conference, but the results were mixed. 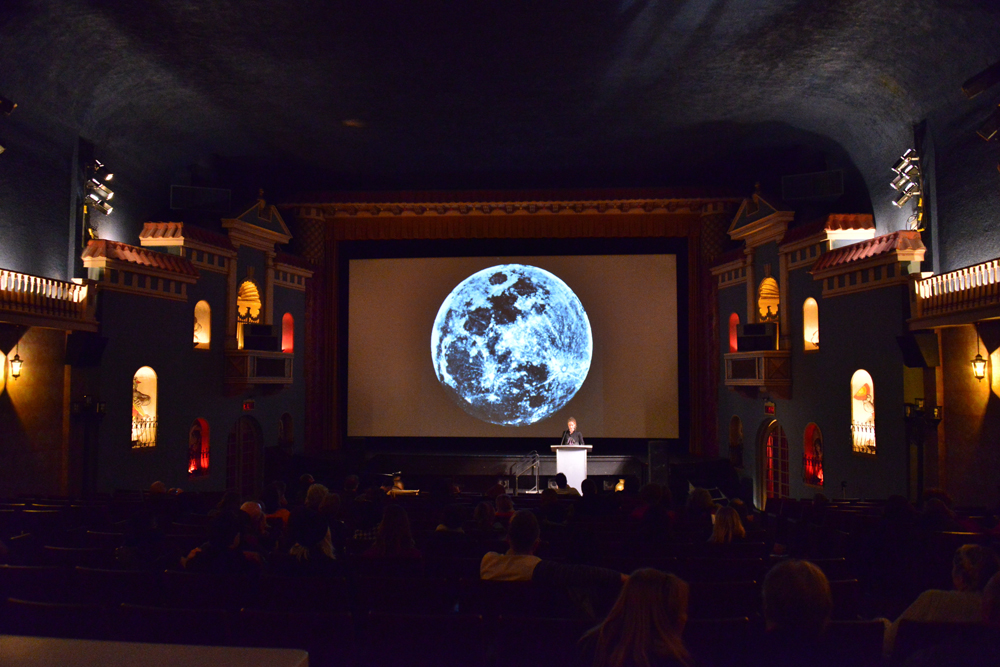 “I’m based in New York, but I’m travelling from Brazil.”

“She will be Skyping us from Berlin, as visa issues prevented her from joining us in person.”

Overhearing snippets of almost any conversation at the Remai Modern’s Supercommunity Live: The Climatic Unconscious event offered confirmation of the gallery’s international aspirations. Artworld delegates touched down in Saskatoon for a two-day conference at the end of October, well ahead of the gallery’s projected 2017 opening, that extended e-flux journal’s Supercommunity publishing project for the Venice Biennale. The writing was gathered under the banner of “supercommunity,” a theme whose very definition seems predicated on its unknowable nature. “E-flux journal has been trying for years to give me a face and a name. The editors think they can see me move in the trees of the Giardini,” notes part of the editorial introduction. The Remai Modern conference brought contributors and other presenters together to discuss the publication’s sub-topics in real time. But far from pinning down a sense of what “supercommunity” entails, the conference raised more questions than it answered—particularly about the limits of interdisciplinary work and the Remai Modern’s intended audience.

During four months of the 56th Venice Biennale, e-flux journal published daily articles that ran in tandem with a response piece and online discussion, while a poster of the article was displayed on a billboard on-site. The sheer breadth and volume of content rendered the project unmanageable for all but the most devoted. The publishing project was grouped into nine general themes that ranged from the obvious to the esoteric: corruption, cosmos, planetary computing, apocalypsis, politics of shine, the art of work, “art,” the social commons and Cuba. But the overwhelming nature wasn’t necessarily a detraction; most readers, myself included, were able to pick and choose, savouring and spending time with pieces at will. Highlights emerged. DIS’s trend forecasting for the 2020s was entertaining; Douglas Coupland’s piece on the artworld’s mistrust of shiny things got under my skin. There were real points of interest, though it took some searching to find them.

The Remai Modern conference started at a disadvantage, for it couldn’t offer the intimacy or pace of this publication format. And it made no attempt to rectify that by encouraging dialogue, for example, or by attempting to tease out themes running through various papers.

Instead, for a day and change, all but two presenters read densely written papers that jumped from one topic to the next without much in the way of connecting arguments, interspersed with video screenings. Very few people talk about theory in the same manner that they write it—by and large it is inescapably page-bound. By the time I had heard the words “graphically plot” and made the connection that the speaker simply meant “draw,” I had missed another 10 or 15 words of the sentence. The question period was delayed until the very end of the conference, bolstering a traditional and one-way approach to sharing information and affirming Murphy’s Law that the only time you hope for a Q and A, there won’t be one.

The climate, financial markets, labour practices, our ideas of ourselves and others: undoubtedly all are changing, and while Supercommunity Live managed to circle these shifts, I came away unsure of any through lines. Perhaps this is fair—the event and the publishing project only aimed to “begin to define the shape of the problem.” In an era of metrics and deliverables, I’m slightly jealous of such an amorphous goal, particularly within the infinitely measurable realm of online publishing; it makes evaluating the conference’s success on its own terms something of a fool’s errand.

But I attended the event as a critic in search of clarity, so if I can’t evaluate the proceedings on their own terms I’m forced to evaluate them on mine (an unlucky exchange, I’m sure). I didn’t leave the conference with a sense of how to “begin to define the shape of the problem,” but I did have an entirely new set of problems. Many of these were quibbles with particular presentations or comments. If vision can be called a kind of photosynthesis because it’s a process of mitigating and transforming light, couldn’t this be extended to numerous processes? Is tanning similarly “a kind of photosynthesis,” and what weight or specificity does the term have if it’s extended this far? How, precisely, does a diagram of the relationship between political crisis and nuclear power connect to trauma and “alien hand syndrome”? Why are people who move from Berlin to New York surprised that spaces (nightclubs, apartments, whatever) are smaller there?

Even when claims were limited to the realm of critical theory, there was little opportunity to challenge their veracity or get more clarity. When one of the Supercommunity editors, Brian Kuan Wood, introduced the second day of proceedings, he said that after the previous day’s talks he had been thinking that, “in the humanist tradition or the liberal tradition, there was always an idea that freedom or emancipation would come from removing power: cutting the head off the king,” but argued that a shift had occurred in the last couple of years wherein “power is not something that is outside of you that you can destroy, but it works more like a contagion; something that has already moved into your body.” The similarity of this to Michel Foucault’s definition of power in The History of Sexuality—which suggests, in Robert Hurley’s translation, that “power is everywhere; not because it embraces everything, but because it comes from everywhere,”—is overwhelming, and confusing, given that Foucault was writing in 1978, well before the Internet and social networking. It would have been useful to understand how this distributed nature of power that Kuan Wood cites differs from similar iterations floating around almost half a century ago. There’s a funny tendency to credit our relationships with our computers for every perceived societal or behavioral shift. Perhaps the most tangible effect of our devices, though, is a curious lack of historical imagination.

The most creeping and pervasive doubt I felt, though, surrounded the limits of interdisciplinary study itself. What insight can a non-expert impart when reeling off deeply specific, often tangential, details about a particular field to an audience who, most likely, lacks even a passing familiarity with the subject matter? Who benefits?

I’m not convinced that anyone benefits. And at a more general level, I was stumped by Supercommunity Live’s idea of audience. I rarely endorse an audience-oriented approach to programming, and I wouldn’t suggest that the conference needed to aim for populism, but attendee numbers hovered between 40 and 50 throughout the proceedings (and, considering that 10–20 attendees were directly involved in producing the event, and several were media members, the figures could be slimmed down even further). Who was the intended audience? It’s a question that the Remai Modern will need to tackle quickly: if the institution is aiming to draw an international crowd, they need to convince them to make the trip. If it’s aiming for a regional audience, they need to recalibrate.

This avoidance of audience was especially acute given the overwhelming lack of attention on the social throughout the conference. For an event focused on the end of times as we know them, the proceedings were remarkably distant, removed and dull. Speakers Elizabeth A. Povinelli and Raymond Boisjoly were two noticeable exceptions to this tendency—Povinelli’s research was grounded in the work of the Karrabing Film Collective and Boisjoly’s presentation stemmed from the removal of totems from Haida Gwaii—and their talks felt all the stronger for it. Far from watering down notions of the “Anthropocene” or the “technosphere,” the emotional, social relations that influence and intersect with these ideas gave them weight and texture. It’s not enough to float above—above disciplines, above people—without delving into the messy, concrete ramifications of these theories. If we want to trace tectonic shifts in the world as we know it, it’s worth knowing the stakes.