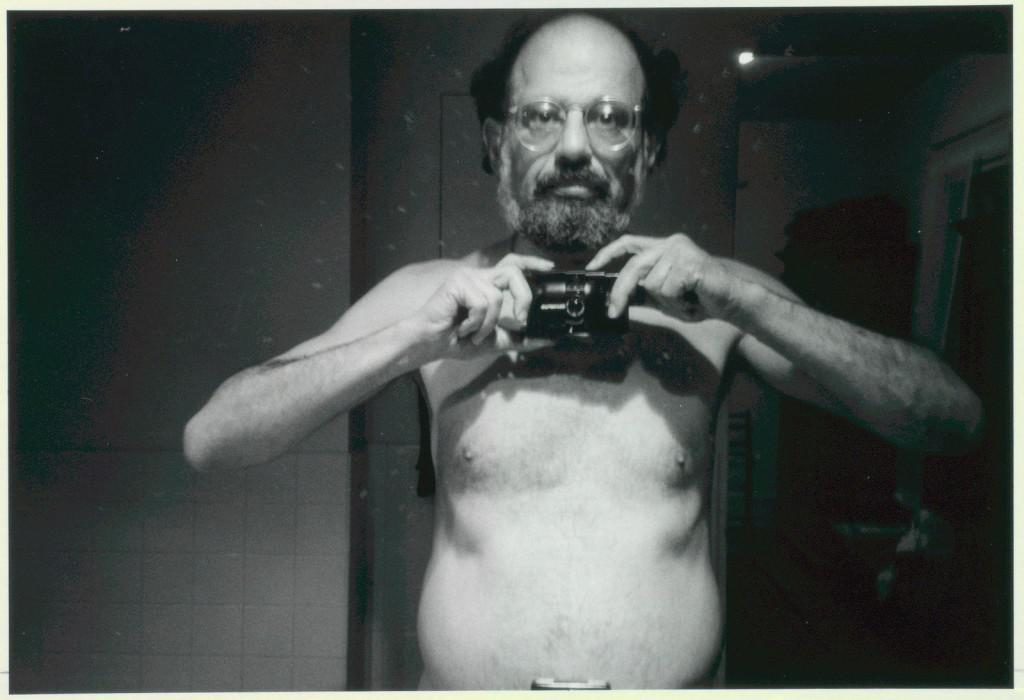 The Thomas Fisher Rare Book Library at the University of Toronto holds any number of treasures, and now there are several more: the world’s largest collection of photographic prints by Allen Ginsberg.

Members of the public are welcome to view, and handle, Ginsberg’s photos during the library’s open hours. A growing number of photos can also be viewed on the library’s Flickr stream.

The valuable collection has an unlikely link to discount trinkets. It was made possible through Dollarama CEO Larry Rossy and his Larry and Cookie Rossy Foundation, which purchased the prints from the Allen Ginsberg Trust and and donated them to the University of Toronto. (Though the Rossys’ foundation funds a number of activities, notably cancer research, it is also the force behind the Montreal-based Colart Collection, which “aims not only to be the premiere collector of contemporary Canadian works but also a significant nurturing force in the careers of the country’s most provocative emerging artists.”)

Allen Ginsberg is best known as a poet, but his photography, something he didn’t take seriously when he started doing it in the 1950s, has become a subject of increasing interest. The significance is multiple. Foremost, the photos act as a record of the Beats, whose commitment to on-the-fly expression finds a good match in Ginsberg’s casual, amateurish style. Intimate photos of Jack Kerouac, William S. Burroughs, Gary Snyder and, notably, Neal Cassady—the muse of Kerouac as well as Ginsberg, whose sexual attraction to Cassady resulted in some beautiful portraits—resonate both historically and aesthetically.

These 1950s photos are known as the “drugstore” prints, and the Fisher Library has a binder of them, small-format photos Ginsberg took with his second-hand Kodak camera and developed at drugstores. Ginsberg lost interest in photography in the 1960s but returned to it, prolifically, in the 1980s, making larger-format prints of old and new negatives, often under the supervision of his friends (and photography legends) Robert Frank and Berenice Abbott. These prints comprise the bulk of the Fisher Library’s collection, which totals 7,686 photos.

The University of Toronto Art Centre has received a different aspect of the purchase: 236 photos printed in the 1980s and after, on the front of which Ginsberg has written diaristic captions, an idea suggested to him by Abbott.  UTAC will exhibit these prints in the fall alongside some of the drugstore shots.

While Stanford University has Ginsberg’s negatives, University of Toronto’s prints are special because the Ginsberg Trust has stipulated that none of the negatives be reprinted. Despite this stipulation, the trust was, according to the Fisher’s outreach librarian John Shoesmith, generous in allowing them to circulate digital versions (with the exception of a few Tompkins Square portraits of Bob Dylan from the early 1990s, which the singer-songwriter is not, apparently, fond of).

“I think what’s interesting is that Ginsberg really made his reputation early on with Howl,” he says. “But after the 1970s, a lot of his life is instilled in just being Ginsberg and chronicling his life. He spent so much time promoting the idea of the Beat movement. The great thing about this collection is you can see his associations with so many people.”

And so the collection doesn’t just capture the Beats’s salad days, but provides a fascinating window into 1980s and 1990s New York, where Ginsberg lived until his death in 1997 and was a gregarious bohemian celebrity. One box I went through with Shoesmith contained snapshots of Keith Haring completing a chalk drawing on a sidewalk. Other boxes contain images of Warren Beatty and Madonna at Francesco Clemente’s 1990 New Year’s Eve party; Sinead O’Connor and Marianne Faithfull at legendary East Village club Sin-é; and Ai Weiwei, during his New York art-student days.

In many respects the snapshots are reminiscent of the work Torontonians saw in Patti Smith’s “Camera Solo” show at the Art Gallery of Ontario last year, with their focus on humble objects and casual encounters that, nonetheless, possess auras of repute. (Smith herself is in several of Ginsberg’s prints, and Ginsberg is an inarguable influence on her poetry.) Ginsberg was also an avid self-portraitist, so much so that Shoesmith has put together a Flickr stream of his “selfies.”

“We want to make [Ginsberg’s photos] really accessible for people to come and look at,” says Shoesmith of the collection. “[At the Fisher] we extend the definition of fine art to books: modern fine-press books for example, which we have the most extensive collection of in Canada. We have the Charles Pachter archives, but a collection like this is fairly new to us. We don’t usually collect a lot of things around American literature, for example. But it makes sense in many ways because Ginsberg was such an influence on Canadian and international writing. It’s more than a collection—it tells a cultural story.”

The Thomas Fisher Rare Book Library is open Monday to Friday, 9 a.m. to 5 p.m. Until the end of April 2014, it is also open late on Thursdays, closing at 8 p.m. Entry is free and no appointment is necessary, though valid ID with current address is required to enter the collection.

Two clarifications were made to this article on February 26, 2014: the Rossy Foundation purchased the prints directly from the Allen Ginsberg Trust and then donated them to the University of Toronto; and the Ginsberg photographs at UTAC were printed in the 1980s and after.