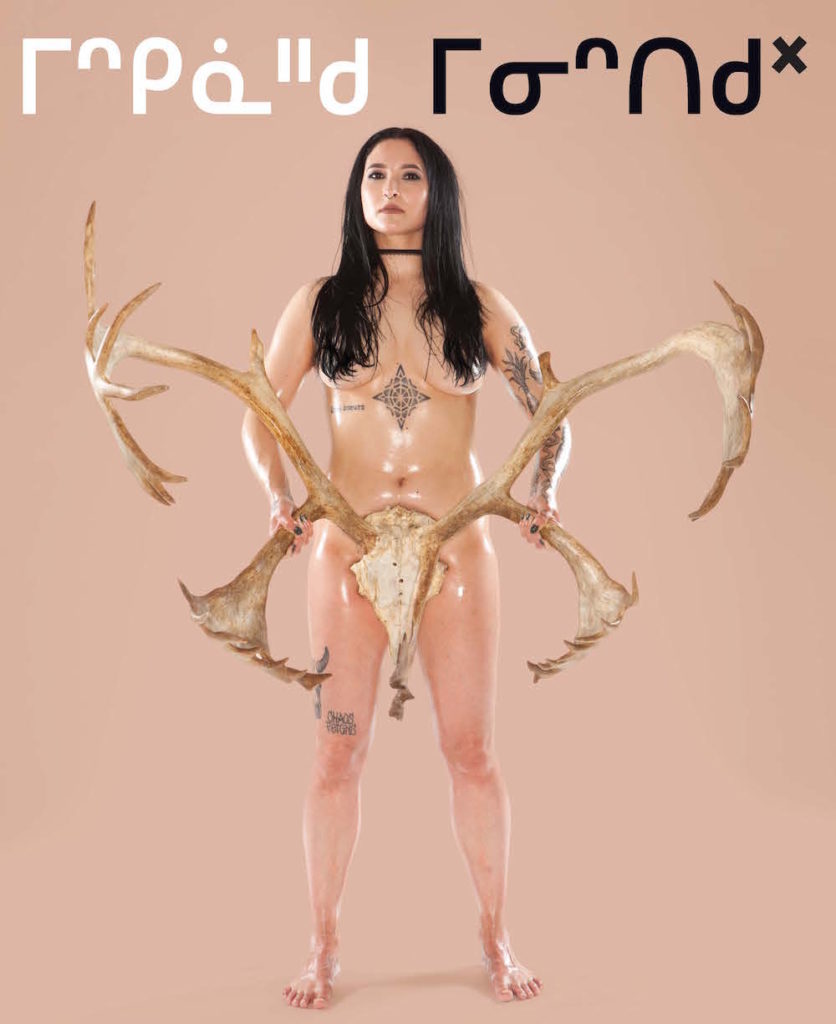 Keep It in the Ground!
Onaman Collective provides movement-building images to water protectors across Turtle Island
by Sâkihitowin Awâsis
A Night in Nunatsiavut
On October 8, 2016, generations of Inuit came together to shine a light on a region that has been artistically ignored
by Heather Campbell
Blanket Statement
The Hudson’s Bay Company blanket is a symbol of colonial Canada, but for Métis people in the Prairies, it also stands for community, ceremony and survival
by Chelsea Vowel
The Hard Truth About Reconciliation
We’ve been talking about reconciliation for decades. What took the arts so long to catch up, and why are we still so far behind?
by Ossie Michelin
Spotlight
Bonds, ties and networks in 10 emerging practices
by Erin Sutherland
Generously supported by RBC
Artist Project
Prairie Wolves
by Amy Malbeuf
Looking Damn Fine
Individuality, belonging, pride, resistance—for six young Indigenous artists and designers, fashion is a statement
by Erika A. Iserhoff
Spiralling into a Deeper Level of Connection
On the power of Indigenous self-representation and the importance of defying categorization
Leanne Betasamosake Simpson in conversation with Jarrett Martineau
Forms of Freedom
Tanya Lukin Linklater’s performance at the Biennale de Montréal celebrated an Indigenous prima ballerina, using movement to empower feminine bodies across generations
by Emily Riddle
Fugitive Portraits
Centuries-old newspaper advertisements form unauthorized depictions of Black and Indigenous peoples who tried to escape from slavery, but also reveal historical alliances
Lindsay Nixon in conversation with Charmaine A. Nelson

To Be Unbodied
by Billy-Ray Belcourt

Remembering Nation to Nation and “Native Love”
by Lindsay Nixon