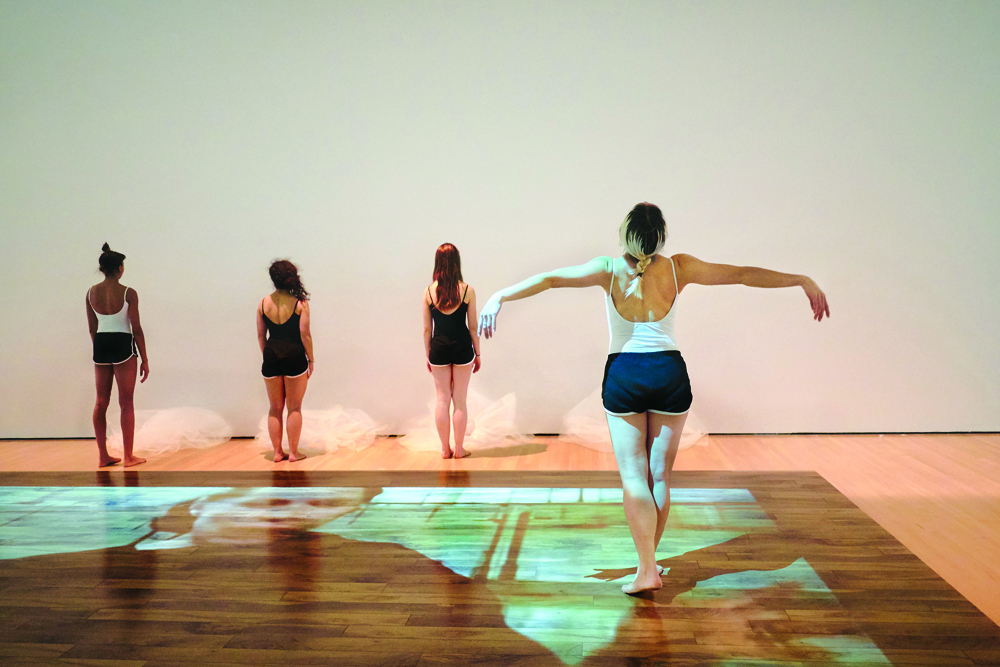 Tanya Lukin Linklater, He was a poet and he taught us how to react and to become this poetry, Part 2, 2016. Rehearsal documentation. Courtesy Biennale de Montréal. Photo: Aderal Piot.

Reinvigorating conversation and publicly honouring historic Indigenous figures in art remains an ongoing task for those of us that carry stories and knowledge of such people. With the revolutionary work of Osage prima ballerina Maria Tallchief in mind, Tanya Lukin Linklater presented He was a poet and he taught us how to react and to become this poetry, Parts 1 and 2 (2016) at the Biennale de Montréal last year. This project is an important piece of Indigenous feminist remembering and memory making, one in which we engage in an “alternate structure” of Tallchief’s groundbreaking legacy and the sovereignty of feminine Indigenous bodies.

The work’s installation at the Musée d’art contemporain de Montréal featured a short video on Tallchief’s life and career—projected on a large-scale platform raised slightly off the gallery floor. Lukin Linklater appropriated the scenes from a documentary on choreographer George Balanchine, Tallchief’s collaborator and one-time husband. A series of scored dance rehearsals and performances responded to this provisional stage set as if in conversation with the video, structure and space. Lukin Linklater read an accompanying text titled A Glossary of Insistence (2016) during some of the performances, adding yet another layer of narrative complexity. As this intentional collision of interpretive actions and forms spilled out across the gallery, the work became an immersive experience with individual expressions acting in constant counterpoint to the fullness of the space. “I felt the power of Tanya’s ability to communicate her vision to the dancers,” says Erin Sutherland, a Cree-Métis PhD candidate and curator, on witnessing the work, “to explain her process and to work with them on producing embodied relationships.”

Lukin Linklater is an Alutiiq artist, born in Kodiak, Alaska, and currently living in North Bay, Ontario, when she isn’t travelling across the country and the world to present her work and research. She is a member of the Wood Land School collective and her wide-ranging projects include performance collaborations, installations, videos and texts. For example, her installation with Duane Linklater, A Parallel Excavation (2016), at the Art Gallery of Alberta was a sculptural work that examined the gallery itself, its relationship to Indigenous bodies and its potential as a site of critical conversation. It’s a recurring strategy in Lukin Linklater’s practice, where cultural, political and social structures converge across media to open new discourse and perspectives on history, place and community. Yet even as her work expands, core concerns remain, as she writes in the 2014 poem, “Untitled”: “To tend to the ideas of object, invisible boundaries, and the time it takes to build relationships.”

What is most interesting and powerful about He was a poet and he taught us how to react and to become this poetry, Parts 1 and 2 is how Lukin Linklater establishes this evolving and expanding relationship between herself and the dancers, and how that relationship then travels beyond the work. As someone who studies Indigenous governance and politics, it occurs to me that there are few spaces that Indigenous women control in the terrain of supposed sovereignty. Rarely do we have the entire means to decide how to engage with others. Trust is the basis for a conversation in which Lukin Linklater provides the conceptual structure that the dancers then collectively fill with individual expressions of her intentions and ideas. As she stated in a panel discussion at the Canadian Centre for Architecture as part of the Biennale: “Dancers offer movement, and then I make decisions based on what they offer…Sometimes I go away and just let them work for 10 minutes and then come back.” This energy extends to the audience. While viewers are witnessing this creative dialogue, they too become an integral part of the work, further embedding its perceptual claim beyond the material limits of body, performance and space.

In A Glossary of Insistence, Lukin Linklater writes on Balanchine: “He described ballerinas as material. I wonder what this means exactly—their potentiality as material? Their strength, agility, and boundlessness, which becomes bounded by the structure of the choreography or the structure of the body itself?” Lukin Linklater allows the material of the dancer’s body to fill spaces she creates, and in doing so unbinds its potential for collective self-determination. What I have learned as an Indigenous woman who lives in the world is that my body is my own and that assertion of self is an act of sovereignty. At the same time, communality is emphasized in many Indigenous cultures—so I belong to others in that moment, too. The ensemble of dancers and performers in He was a poet and he taught us how to react and to become this poetry, Part 2 are participating in a group self-determination, unlike strict structural confines of the bound, lead, and often solo, prima ballerina.

Assertions of strength also mean recognition of weakness. The conversation Lukin Linklater establishes between herself and her dancers demonstrates this moment of intimacy that is so symptomatic of both Indigenous governance and art. It asks: What if we were all offered an alternative structure to work within? What if Indigenous women had the ability to dictate the terms and conditions of relationships with their body, with their territory, with the people in our lives, or even with settler states? Returning to the figure of Tallchief as prima ballerina, whose body is tough, disciplined and rigid, and injecting aspects of fluidity and communality asks us to question why we are not able to do the same? Similarly, Indigenous sovereignty—as Indigenous women have often demonstrated in their political organizing—is not absolute, but a relationship in flux that insists we must give ourselves to others. Indigenous women are creating spaces where we can converse with one another while also determining the nature of our relationship with non-Indigenous people. Lukin Linklater’s work often includes a critique or commentary on the relationship between Indigenous peoples and the institutions that house Indigenous art. He was a poet and he taught us how to react and to become this poetry, Parts 1 and 2 reminds us that as we inhabit these spaces we must also make clear that we realize the implications of inhabiting them.

In my understanding, self-determination is a group exercise. Bodies are the means by which we engage with the world in art and politics (in kinship). We are making our own decisions within the boundaries set not only by others, but also by ourselves. This is how we are joined together through continual actions. Perception itself is an action in Lukin Linklater’s work. It is what allows us to digest the immediate, but what we perceive is housed within a body that, in the case of Indigenous women, contains trauma, ancestral memory and alternate structures that are not fully lived outside. As she says: “we can’t forget and yet we’re present, we’re here.” It is a statement we all need to let sink in, permeate and remind us how it is worthwhile to return, to stop and to wait. This is how we create spaces of communal self-determination and limitless potential.

A discussion on colonialism, preservation, radicalism, care and refusal at Documenta 14’s Under the Mango Tree 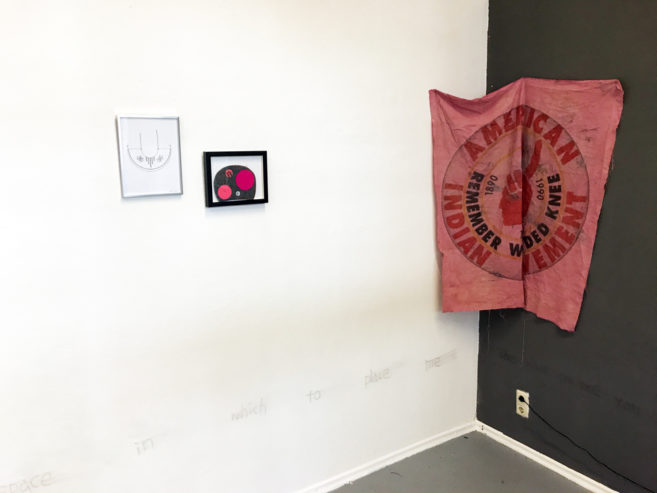 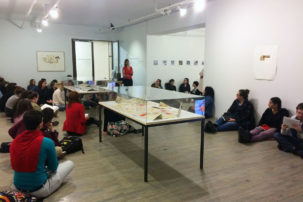 Inside a Year-Long Experiment in Indigenous Institutional Critique

Over one year, these Indigenous artists test the limits of Indigenization and reconciliation, searching out new ways to relate to settler institutions.

by John Hampton and the Wood Land School