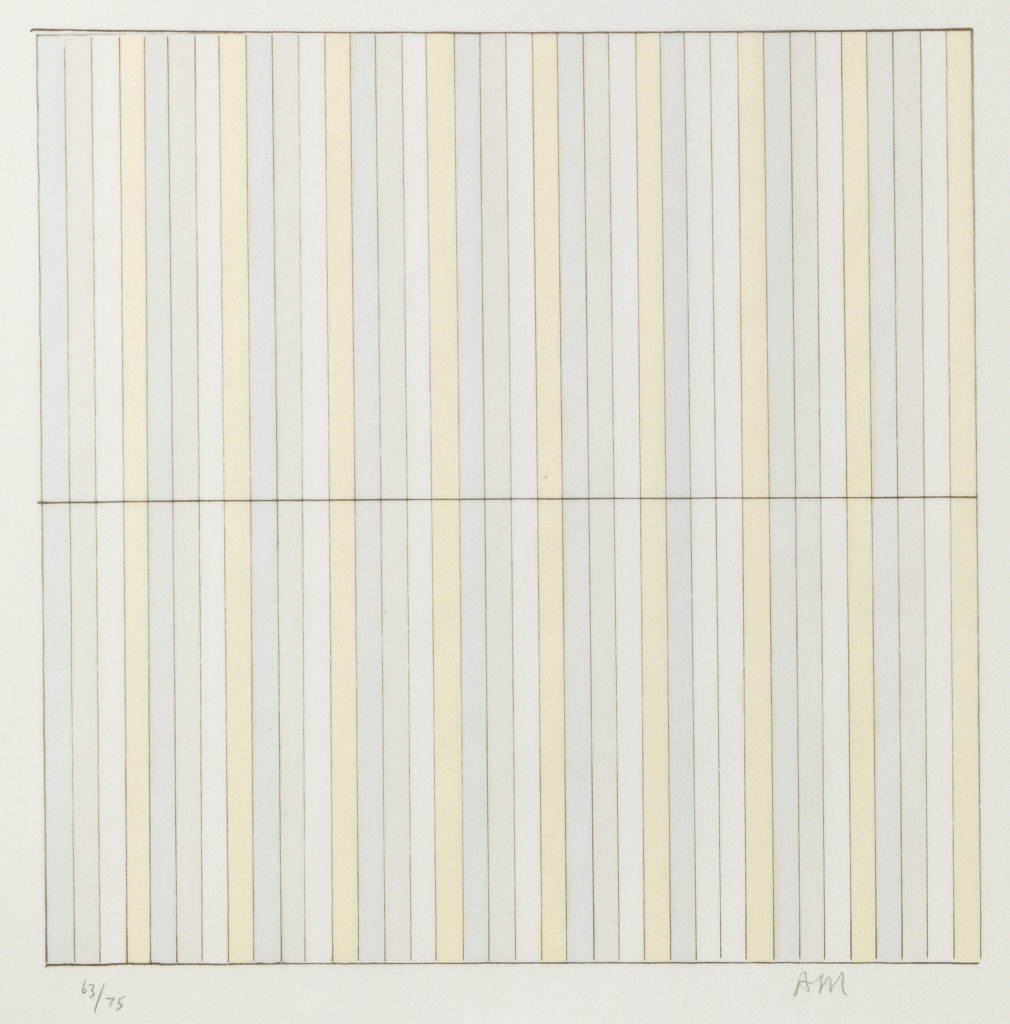 “I am beginning to feel like a fanatic about paper,” wrote Agnes Martin in an undated letter on display as part of the exhibition “The mind knows what the eye has not seen.” Addressed to Robert Feldman of Parasol Press, the sentence refers to the preparation and production of On a Clear Day (1973), a suite of 30 screenprints that marked the end of Martin’s seven-year hiatus from art-making, and which serves as the crux of this elegant show dedicated to her print work.

Martin and Feldman ultimately settled on a Japanese rag paper, upon which the artist printed unique variations of that endlessly mutable modern structure, the grid. Each print is defined by the repetition of thin, pencil-grey, uniform lines. Key formal variations occur in the alternation between enclosed and open-ended arrangements: the former appear orderly and focused while the latter are surprisingly unsettling, with unresolved lines that seem prepared to stretch out infinitely.

Martin never produced another print project on the same scale as On a Clear Day, yet the recurrence of print throughout her career proves the allure it held. Much of her work took on a serial form and the exhibition elsewhere includes two lithograph series, produced in 1990 and 1998, which incorporate shading, patterns and colours closer in style to her paintings than the earlier print work. The relationship between the artist’s two parallel practices—painting and printmaking—is further illuminated by the inclusion of a trio of large paintings, including the pale Untitled (1974), which was among the first works she produced after On a Clear Day brokered her return to art.

This mutually influential material connection was rendered explicit by the artist herself in a comment related to Praise (1977), a remarkable lone collotype she contributed to an editioned box of prints, also produced by Parasol Press: “But now I know what I’m going to paint about and I discovered it when I was making a print,” she declared, as if surprised by her own work. The statement recalls the exhibition’s evocative title, a reference to the impossible goal of artistic perfection drawn from her writings but which also suggests the idea of latent inspiration. While hardly flamboyant, the bright pink of Praise is practically electric compared to the pallid hues of Martin’s paintings and other prints, and its distinct, dynamic texture in both fore and background is unlike her typically smooth acrylic paint. “I’m going to be painting a lot about Praise,” she continued, “I’m looking forward to it.” For visitors primarily familiar with Martin’s large-format paintings, this well-researched and beautifully assembled exhibition provides a welcome opportunity to look anew. 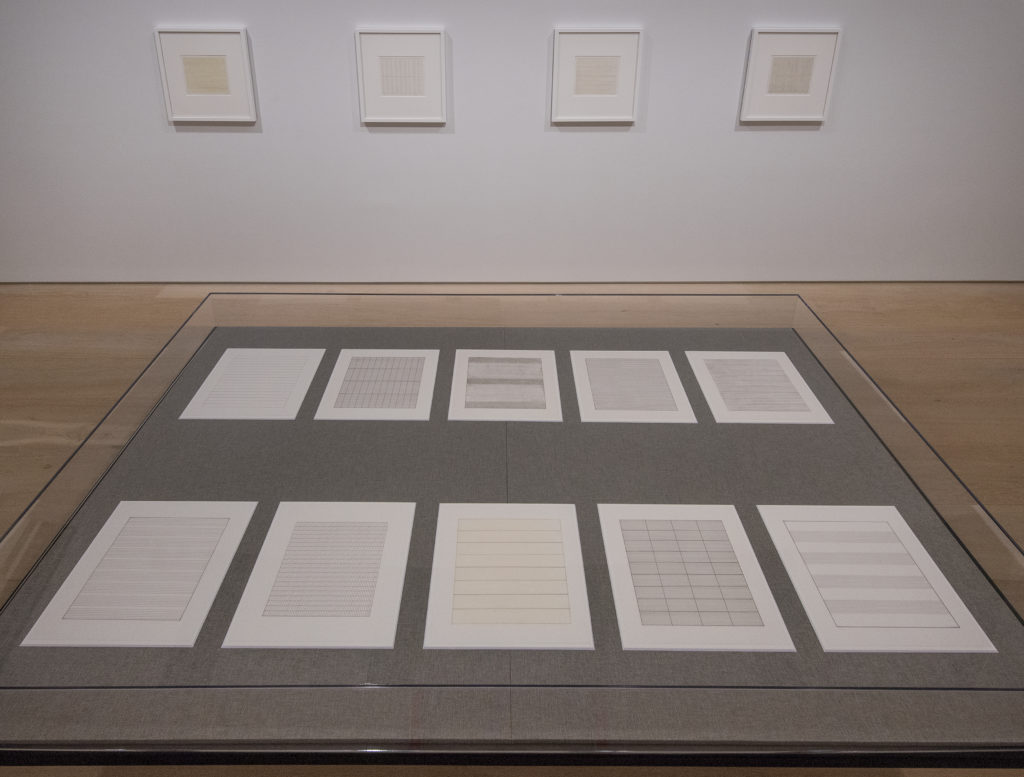 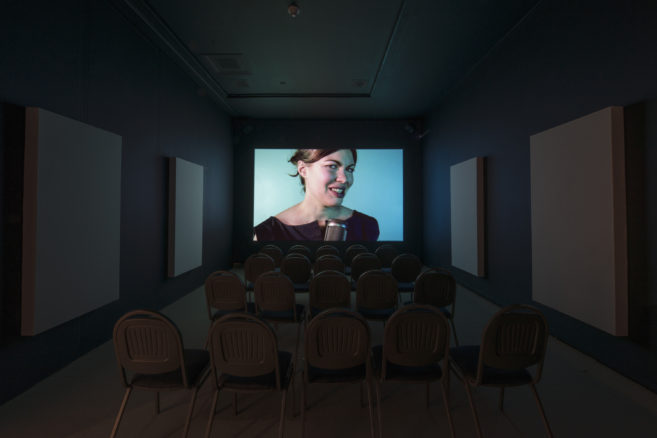