Mia Nielsen is the new director of Art Toronto, while internationally known Joao Ribas of Portugal serves as curator this year. Plus: some Papier art fair results, the commissioning of new public sculpture by Rebecca Belmore and Osvaldo Yero, and some new award wins and noms 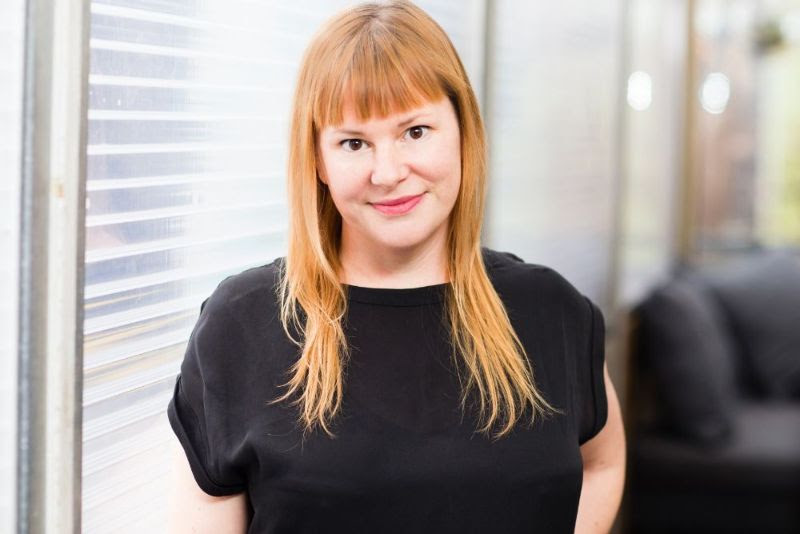 Here’s our roundup of Canadian art news for this week, but before you get started, don’t forget the fact that several Indigenous artists have collaborated on a new Shanawdithit opera opening tonight in Toronto.

Art Toronto has a new director and curator for its 20th anniversary. The new director is Mia Nielsen, who was previously director of art and culture at the Drake. She replaces Susannah Rosenstock, who departed in recent months to become deputy director of the Toronto Biennial of Art. This year’s curator (which tends to be an annual rotation) is Joao Ribas, who will organize the fair’s FOCUS: Portugal section. Ribas just finished curating Portugal’s Venice Biennale pavilion, and has previously worked at the Drawing Center in New York and the Serralves Museum in Porto. The fair runs October 25 to 27 at the Toronto Convention Centre. (press release)

Papier art fair has released some 2019 results. The art fair based in Montreal had some big changes this year as it introduced non-paper-based media to its program. In all, roughly 11,000 visitors were counted during the April weekend fair, and works were featured by more than 400 artists. Exhibitors at this 12th edition included 46 Canadian galleries in a new expanded venue at the Grand Quay in Old Montreal. According to Association des galeries d’art contemporain, sales totalled $1.5 million, an increase of 25% over last year, with 82% of acquisitions made by private collectors. Dates for 2020 have now been set for April 23 to 26. (press release)

Vancouver artist Ron Terada will be installing a site-specific artwork for Parcours at Art Basel this year. Terada’s piece You Have Left the American Sector will be installed at Schifflände, Mittlere Brücke, in Basel. There are 19 other artists in Parcours this year, including Camille Henrot, Dan Graham, Lawrence Abu Hamdan, and Paweł Althamer. Parcours is curated by Samuel Leuenberger, founder of SALTS, the non-profit exhibition space in Birsfelden, Switzerland. It will run June 13 to 16. (press release)

Rebecca Belmore and Osvaldo Yero have been commissioned to create a permanent piece at Toronto’s Hart House for the building’s 100th anniversary. The completed work will be unveiled on November 12. The piece in Hart House’s Great Hall will be called Adoopoowiningemuh Waabandizo (seeing yourself at the table). “The form of the mirror will be based on the dimensions of the heavy wooden tables that are used in the Great Hall,” said Rebecca Belmore in a release. “We feel the room calls for a minimal, subtle artwork that can quietly take its place in this century-old room. Our mirror, in the form of a table, will look back on itself and anyone who enters the room.” The commission is a collaboration of the Art Museum of the University of Toronto, which is partly housed at Hart House. (press release)

OCADU alum Rirkrit Tiravanija has been commissioned to install a permanent piece at the Institute of Contemporary Arts in London. The work will occupy the alcove in the common area of the ICA, transforming it into a new social space comprising a sake bar, seating and tables, says a release. Tiravanija was born in Thailand and lives between New York, Berlin and Chiang Mai. He studied at Ontario College of Art in Toronto in the 1980s, graduating in 1984, and is known for a practice that traverses sculpture, film, installation, public and private performances, teaching, and forms of public service and social action. The new work will be called untitled 2019 (the form of the flower is unknown to the seed) and will open June 6. (emailed press release)

Alex Janvier is receiving the first ever honourary MFA from Alberta University of the Arts. Janvier, Denesuline from the Cold Lake First Nations, Treaty 6 Territory, has been a professional artist for several decades and has led the way for many First Nations and Canadian artists. He received a Fine Arts Diploma with Honors in 1960 back when AUArts was Alberta College of Art and was the institution’s first Indigenous graduate. The convocation ceremony happens today in Calgary. (press release)

The Art Museum at the University of Toronto is nominated for a 2019 UMAC Award of Excellence. It is one of three international nominees for the university-museums prize, which will be awarded September 3 in Kyoto. The nomination is for the 2018 exhibition “Figures of Sleep,” curated by Sarah Robayo Sheridan, and the related museum event Night of Ideas. (press release)

Art Mamas: Meet the Vancouver collective that creates community for mothers in the arts. That’s the headline on a CBC story about a group that includes Heather Passmore, Matilda Aslizadeh, Sarah Shamash and other artists. “The assumption is that you won’t continue with your work because you won’t have time. But pregnancy itself raises all the biggest questions we know how to ask — things that relate deeply to religion and philosophy,” says Passmore. (CBC)

There’s an exhibition focused on art by mothers in Winnipeg. “Family dynamics, self-doubt and even the Earth are among the topics explored in Mentoring Artists for Women’s Art’s latest exhibition The Mothership,” CBC reports. “The exhibition, on display at MAWA’s Main Street location until May 24, paints a thought-provoking picture of the changing relationship that women artists have with their work once they become mothers.” (CBC)

Art, motherhood and curating. A conversation with curator Amber Berson of Montreal explores her work around access, caregiving, parenting, and motherhood. (CultMTL)

When motherhood changes an artist. Beatrice Gibson, who currently has a show at Mercer Union, talks with Yaniya Lee about her process and experience. “I come from a privileged place and up until [becoming a mom] I felt like I had equal access to all the things that my male contemporaries did. And then when you become a mother, very concretely you encounter political inequalities, whether it’s maternity leave or even just cultural expectations or biological difference. Its mindbendingly hard to get your head around! And it’s so hard to distinguish between what’s learned, what’s cultural, what’s biological, what’s political. At the same time, it’s like a major identity crisis.” (Canadian Art)