Matthew Teitelbaum on Leaving the AGO for MFA Boston

Matthew Teitelbaum, long-time director and CEO of the Art Gallery of Ontario in Toronto, is leaving the institution this summer to join the MFA in Boston. 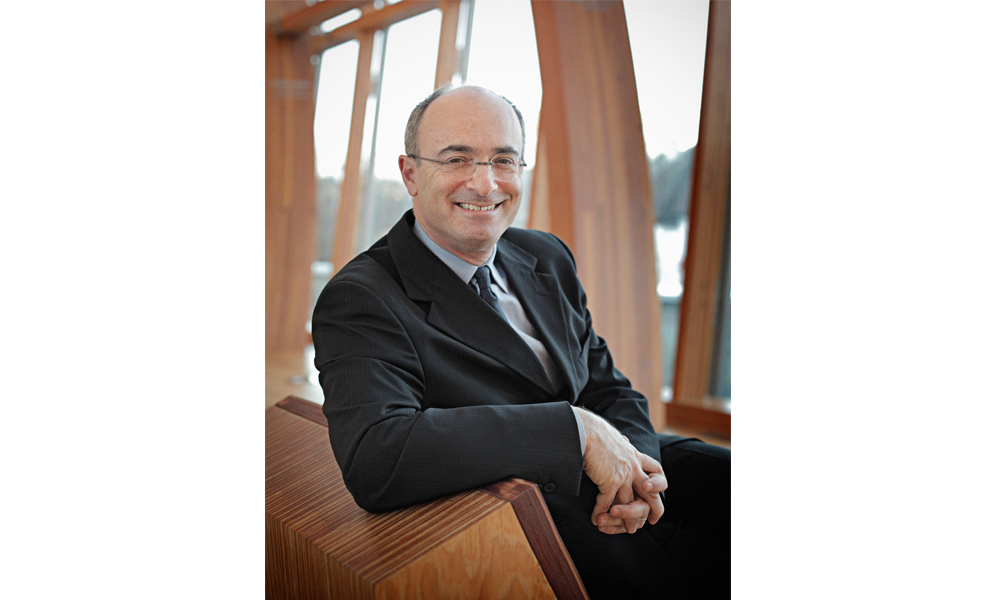 The Art Gallery of Ontario's director and CEO, Matthew Teitelbaum, who will move to the Museum of Fine Arts in Boston later this summer.

by David Balzer and Alison Cooley

It was announced this morning that Matthew Teitelbaum, Michael and Sonja Koerner Director and CEO of the Art Gallery of Ontario, has been appointed the Ann Graham Gund Director of the Museum of Fine Arts, Boston—a position he assumes on August 3, 2015. Teitelbaum has served as director and CEO since 1998, after joining the AGO as chief curator in 1993.

In the months leading up to Teitelbaum’s departure from the AGO on June 26, the AGO Board of Trustees plans to commence its international search for a new director and implement a transition plan.

In a phone interview, president of the AGO Board of Trustees Maxine Granovsky Gluskin told Canadian Art that the process will be collaborative, including involvement from Teitelbaum himself. As of yet, there is no set date for the appointment of a new director; no interim director has been announced. Gluskin suggests a search firm, together with a search committee consisting of current board members, will be instrumental in setting a timeline for the gallery’s transitional process.

This news comes shortly after the drafting of a new strategic plan for the AGO—one Gluskin says was deeply collaborative and included involvement from staff, the leadership team and the board. In keeping with this collaborative approach, Gluskin told Canadian Art that the AGO’s transition process will include consultation with board chairs at other museums and arts organizations that have recently appointed new directors. “Matthew was a fantastic leader,” Gluskin remarks, “but all organizations are built on the shoulders of many.”

David Balzer spoke with Matthew Teitelbaum by phone earlier this afternoon to discuss his legacy as director, and the future of the institution.

David Balzer: Obviously your legacy rests in large part on gallery’s 2008 “Transformation,” which included a major architectural addition by Frank Gehry among other things. In light of this and more, moving forward, could you identify what you feel are some outstanding growth areas, issues and challenges your successor will inevitably inherit?

Matthew Teitelbaum: We’ve spent a year working on a strategic plan, which is pretty great, and pretty directional for the AGO. It identifies areas of growth that reflect some of my thinking but more the energy and focus of the staff. The way I would put it is, we have to keep doing what we’ve been doing—being this institution that is truly welcoming, that is inviting people into a form of engagement with art that is connected to contemporary life. We’ve been very explicit about that in some of the decisions being made to create the institution as a domestic (as much as an institution can be domestic) and then leading people into an engaging and meaningful experience with art.

It’s not a bad moment to actually talk about what I think the challenges will be given what the exhibitions are at the moment, whether it’s Basquiat, Emily Carr—these projects with very specific points of view, which invite you to have a particular experience of art and to understand it through your own experience and personal circumstances. My own view is that’s the future of museums. To pull out of the viewer this connection and to do this exploration with them. I’d say that’s the challenge for the next director. I’d be very surprised if the board doesn’t continue in that way, to think about projects that enhance the experience of art.

What’s going to be the challenge for all of us is diversifying revenue, and finding more platforms on the revenue side. There’s extraordinary pressure on museums and museum directors to do different kinds of things, to try different kinds of things, and it will be a challenge for all of us to stay focused on the mission: to keep the commitment to great art, and the idea that we are an institution of learning at our core. The question is, what kind of learning? Pushing that in relation to the challenges to balance the books and find new revenue sources is enormous.

The big change to the cultural community in Toronto and our thinking around this is the aquarium. It’s changed the mission of entertainment and engagement to some degree and I know the Science Centre and the ROM are really having trouble getting back into the mindset of young student groups because the recipe that the aquarium has is so compelling. So if you put that into the art world, how do you keep a focus on creating projects of real consequence and real content, where there are things coming at you all the time? You should see some of the things that were offered to us after David Bowie. We were interested in Bowie because I was deeply commited to that as an idea, but you can imagine the suggestions that would have taken us way off course. The big challenge is to stay resolute.

DB: Keeping that Toronto-specific focus: because you’ve been at the AGO for almost 20 years, how have you seen, inside and outside the AGO, the cultural landscape of Toronto change? Because obviously it has, dramatically. What are some key takeaways?

MT: I think very much about the ecology of the art world in the following way: the quality of an institution; the quality of philanthropy; the quality of collectors; and the quality of artists. When I mean quality, what I really mean is ambition. I don’t mean quality in the sense of, is this a good painting? I would say in all four of those registers, Toronto has gone up hugely in the last 10 years. There’s such excitement in the art world. In the artist world. Artists are connected internationally, trying new things, working in interdisciplinary ways that are really exciting. Collectors are also more ambitious, truly: they travel more; they buy more adventurously. With philanthropy, something cracked open around the cultural renaissance. The reality is, Toronto does see itself differently and people were extraordinarily generous during that period of time in support of cultural institutions. And then, institutions themselves. I hope people will say the AGO is a different institution than we were 15 years ago. In all these things, we have moved up. And I want to say again that moving up is, for me, on the register of ambition. That’s the key word.

I think the next director is going to have a great run, because Toronto as a city is poised to be more ambitious. And when you have that with all the other registers moving along, it makes for a pretty exciting time.

DB: One of the ongoing dialogues we see around the AGO, given the bottom-line concerns you have voiced, is that, yes, there’s the need to attract audiences, new audiences especially, but there’s also a craving within the existing visual-arts community to be represented in the institution. Perhaps traffic-driving is not necessarily sympatico with this; it’s an issue of advocacy. How do you see the AGO’s relationship, specifically, with the Toronto visual-arts community, in terms of its place there, alongside the blockbuster shows?

MT: That’s a question that could be parsed even further. Once you get involved in the local community, have contemporary artists in your community, what level of commitment should there be? I’m proud of the Suzy Lake show and the upcoming Stephen Andrews show. There will be a strong line in our programming, which is to say, serious scholarship around senior, contributing artists in our community. And I’m really proud of the artist-in-residence program where we’ve had a lot of Toronto artists have presence in the gallery, doing projects within the gallery. The work Andrew Hunter has been doing with the First Nations community has not got the profile it should; it’s bringing in work from a community that’s very important to us.

I think it’s getting that velocity and depth on certain things right. Toronto is part of the strategic plan. You need to have a presence in the local community. I’ve said it before, but all museums are site-specific. They depend on that relationship. I’d hope I’d be judged as having deepened those relationships within the context of a simple truism: that a large institution is never going to satisfy all of its constituents. But I’d hope that the people stepping back would say that we’re getting it right by creating opportunities at many different levels.