Kitty Scott: A Return to Ontario 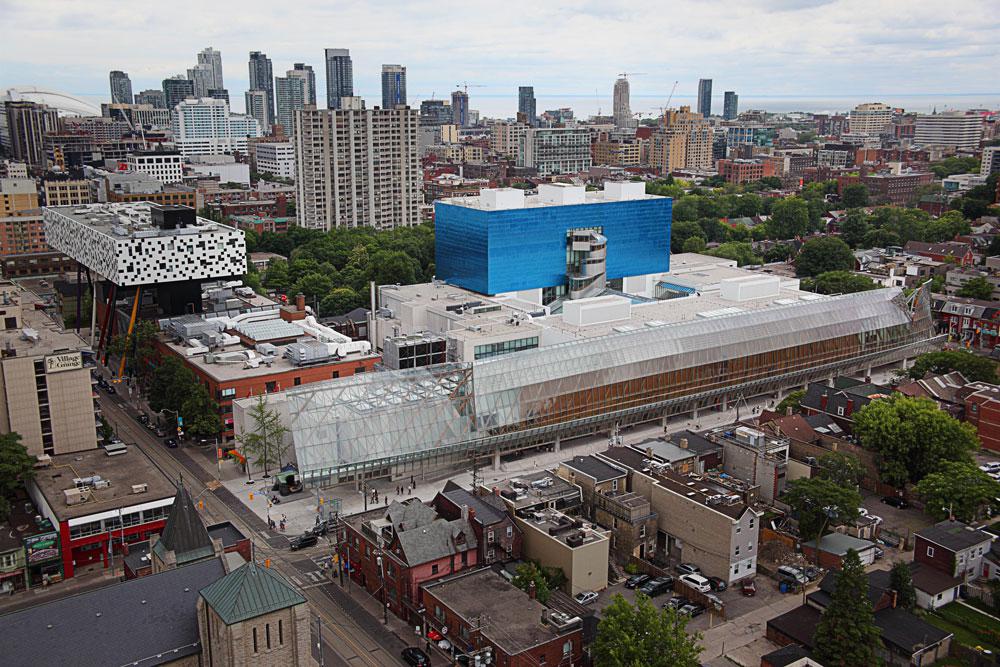 Curator Kitty Scott, who will start at the Art Gallery of Ontario as its curator of modern and contemporary art on September 17.

A view of the Art Gallery of Ontario in Toronto / photo courtesy the AGO
Curator Kitty Scott, who will start at the Art Gallery of Ontario as its curator of modern and contemporary art on September 17.
Geoffrey Farmer Leaves of Grass 2012 Installation view at Neue Galerie Kassel Courtesy the artist and Catriona Jeffries Commissioned and co-produced by dOCUMENTA (13) / photo Anders Sune Berg
Participants in the Banff Centre's Figure In a Mountain Landscape creative residency at Sunshine Meadows / photo Adam Costenoble

This week, the Art Gallery of Ontario named Kitty Scott its new curator of modern and contemporary art, following David Moos’ departure from the position more than a year ago.

Scott has held positions at London’s Serpentine Gallery and at Ottawa’s National Gallery of Canada. She is currently director of visual arts at the Banff Centre, which she has maintained as a meeting place for top minds in contemporary art-making and curation. Most recently, Scott was an “agent” for dOCUMENTA (13), which includes a number of Canadian artists, and which has Banff as one of its venue outposts.

Recently, Scott took time for a phone chat with assistant editor David Balzer to discuss her new appointment, her move, her dOCUMENTA (13) experience and more.

Kitty Scott: While working in Banff, I’ve always been in contact with artists in cities around the world. In fact, Banff has been a place for the international art world to gather. So in a sense I don’t really understand it as isolated.

David Balzer: You are returning to Ontario, and to a large city no less, from a fairly isolated town in the mountains. What are some of the challenges and excitements you anticipate around this change?

As well, I’ve had the privilege to travel while at Banff—to various cities across Canada and also abroad. Given all of this, I’m very interested in and excited to move to Toronto. I see my role at the AGO as continuous with that of Banff, and continuous with the one I held at the National Gallery of Canada.

My job responsibilities have always been to bring the most interesting and challenging contemporary art and ideas to the institutions where I worked. The AGO is no exception.

DB: At this point in your career, given your international pedigree, you might have gone outside Canada for your next career move. Was it a deliberate choice to remain here?

KS: Yes. I love Canada. I think I made up my mind a long time ago that it’s my line of work. It’s the environment I enjoy working in and the one that makes the most sense to me.

DB: Has your recent experience with dOCUMENTA (13) changed your curatorial outlook and what you might bring to the AGO?

KS: I would say that working alongside an intellectually ambitious artistic director like Carolyn Christov-Bakargiev has been an amazing and provocative experience.

I went to see the exhibition just recently, and I think it’s extraordinary. In addition to the artwork, performances and screenings in Kassel, there are a whole range of conceptual tools and ideas that have been laid out in the process of creating that exhibition. It’s more than one exhibition in Kassel; it’s got a location, of course, here in Banff, but also in Kabul, Cairo and other places.

These are ideas that many curators and artists, myself included, are going to be thinking about for some time to come.

DB: You have been appointed curator of modern and contemporary art at the AGO. I’m curious about the term “modern” here, since you are very much known as a contemporary curator, and since David Moos, who previously held this position, is often seen as a modernist. What is your professional relationship to modern art?

For instance, there was an exhibition called “Yesterday’s Tomorrows” at the Musée d’art contemporain de Montréal and another show called “Modernologies” at Museu d’Art Contemporani de Barcelona.

DB: We recently published an essay online by Sholem Krishtalka about Toronto’s difficulty establishing its identity and “curating itself.” What is your perspective on Toronto art, and how might that work into your curatorial mandate at the AGO?

KS: The next six months are going to be a time for me to immerse myself in the Toronto art world. I already know many of the people who are working in the field; I know established artists, dealers, critics, academics and donors.

However, this will be an opportunity to meet many new people—and to reacquaint myself with those I know. I’m excited to be in artists’ studios, to look at work and to see shows that are on there. From this period of research, I think new things will emerge. For me, it’s really important to spend time talking, thinking, looking. It’s a priority.

DB: Do you know yet which projects you’ll be undertaking at the AGO?

KS: I know there’s much to do. The highlight will of course be next year’s exhibition of Janet Cardiff and George Bures Miller. Interestingly, they’re both artists I met at Banff in 1991, and I have worked with them at almost every institution I’ve been at since that time. It’ll be nice to see some old friends again.

This text was corrected on July 6, 2012. The original had Scott stating the following: “My job responsibilities have always been to bring the most interesting and challenging contemporary art and ideals to the institutions where I worked.” The correct term is “ideas,” not “ideals.”