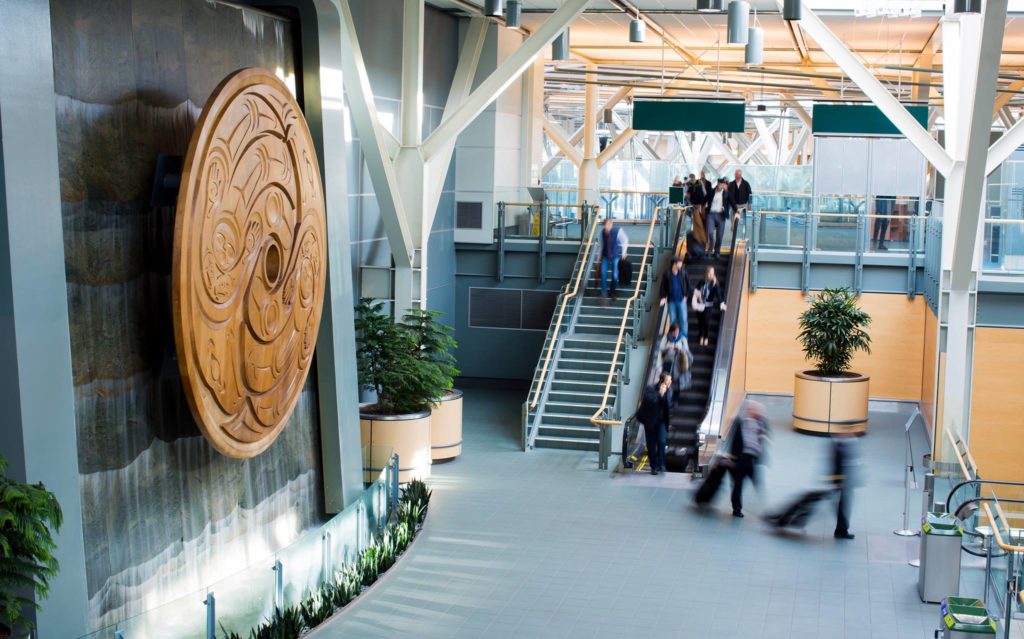 Over the course of the past three and a half decades, Musqueam artist Susan Point has gone from silkscreening prints at her kitchen table to carving huge cedar sculptures of tiny Coast Salish textile tools—and placing them in prominent public spaces to boot.

Now, Point is also the 16th recipient of the Audain Prize for Lifetime Achievement in the Visual Arts. Supported by the Audain Foundation, the Audain Prize grants $30,000 annually to a senior British Columbia artist selected by an independent jury.

For instance, one of Point’s best-known works—Flight (1995)—is a red cedar carving 4.8 metres in diameter, making the world’s largest spindle whorl. It greets hundreds of thousands of travellers annually at the Vancouver International Airport, where Point has also installed two five-metre-high Musqueam Welcome Figures.

Another of her public artworks is The Story of Life, a 10-metre-high by 240-metre-long concrete retaining wall in North Vancouver. Point has also designed steel manhole covers for the City of Vancouver, a stained glass window set for Christ Church Cathedral in Vancouver, and tree grates for the City of Seattle, among more than 40 other public pieces.

“Thirty years ago I was re-introducing ancestral artefacts; I am now pushing my artistic boundaries in every contemporary sense,” Point says on her website. “While the most valued part of my artwork remains the same, my mark, and I leave this with every brushstroke, every- whittle of wood, every line that I leave, I insist is just the way I meant it. That is my signature.”

Point notes that her children are artists, and her grandchildren too.

“I am obliged to lead them by example—Coast Salish art has forever been a way to honour and remember significant details of our social lives,” Point continues on her website. “My hope is that my children remember to tell not only our cultural accounts, but also their own stories as well.”

Point is also an Officer of the Order of Canada and a recipient of the Queen Elizabeth II Diamond Jubilee Medal for her contributions to Canada, among many other honours. In 2017, the career survey “Susan Point: Spindle Whorl” was presented at Vancouver Art Gallery.

Point will officially receive the Audain Prize in a ceremony on May 24 in Vancouver, where VIVA Award winners—Charlene Vickers and duo Hannah Jickling and Helen Reed—will also be honoured for mid-career achievements. 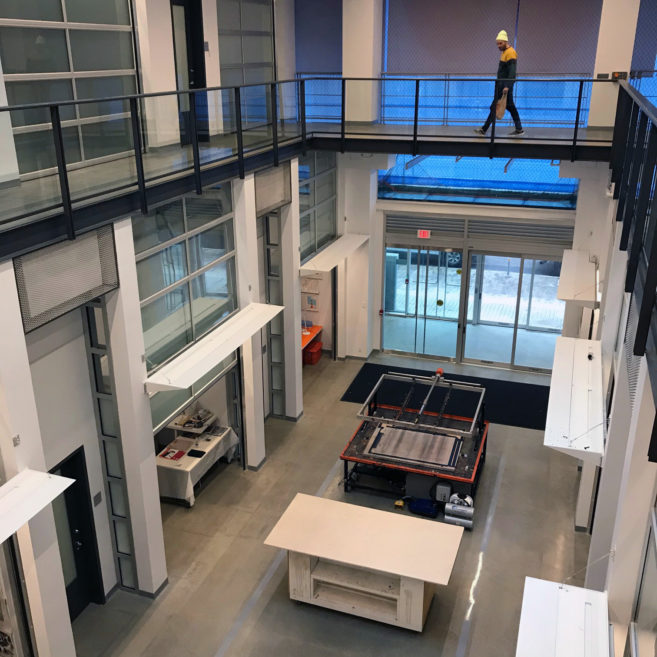 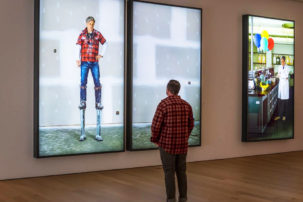 The prize used to be $30,000—and the change also sees it moved from the Vancouver Art Gallery to the newer Audain Art Museum in Whistler