Ahead of his Montreal survey show, Simon Starling talks to David Balzer about revisiting past projects, and avoiding the spotlight. 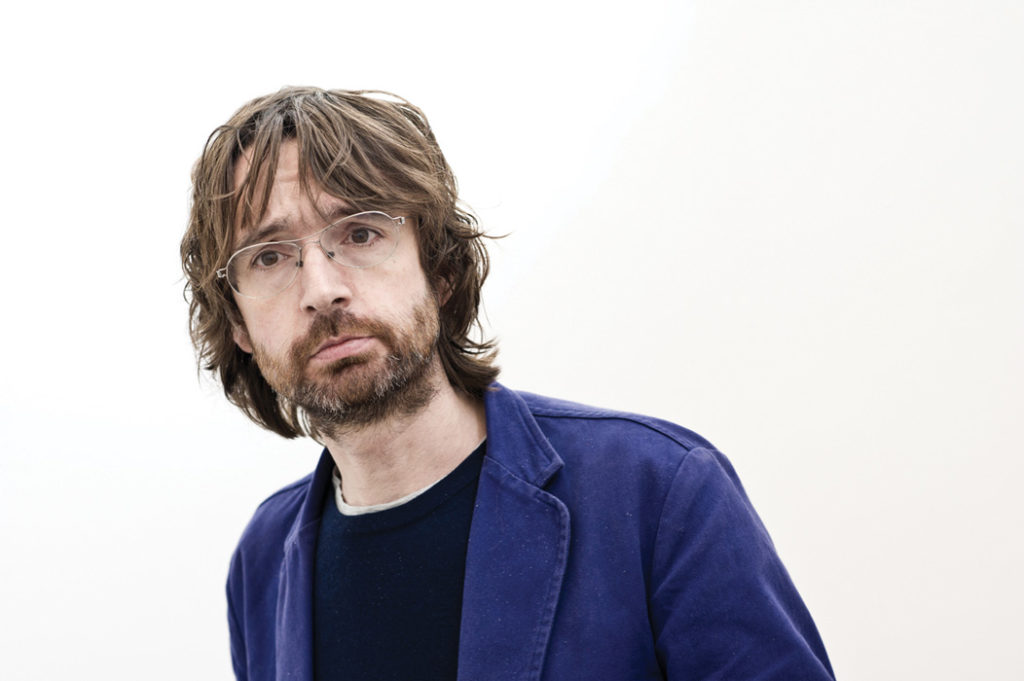 Copenhagen-based British artist Simon Starling is well known in the international art world for projects that use geographical intervention—sometimes characterized by winkingly orchestrated travel loops—to produce, or rather conspicuously change, objects. “Metamorphology” is a new survey of his work that Starling initially developed at Chicago’s Museum of Contemporary Art with curator Dieter Roelstraete, and it travels to the Musée d’art contemporain de Montréal from February 5 to May 10.

In October of last year, David Balzer spoke to Starling about the resonances of compiling a survey of works that themselves are about reflection and reinvention.

David Balzer: This is a survey, and it’s called “Metamorphology.” As someone who does a lot of work that occurs outside the physical pieces that we see, do you feel that the exhibition almost becomes another work? You’re going back through time, and bringing work into the present. It must change in meaning somewhat and become new.

Simon Starling: It probably changes from city to city, too. Some of the work has a particular resonance in Chicago that it wouldn’t in Montreal. Other references get established, though. I actually haven’t done that many touring shows before so it’s something that’s quite new to me. I guess what we tried to do in Chicago is establish this dialogue between two venues, and these are getting collapsed into one exhibition space in Montreal. In Chicago, there was the project at the Arts Club, which was a very specific project made for that space, and then the MCA show was an attempt to bring together works that were kind of made in that way, for perhaps specific contexts, specific buildings, galleries, whatever, and to start to think about them in relation to one another, to build new discussions between the individual works.

That’ll shift a bit in Montreal. I visited the city a few weeks ago and just started to get a feel for the place, and the way those works might start to talk to different contexts. It’s a slightly different space, too, than the MCA. It’s always a challenge to reconfigure things but I think it’s been one of the great joys of having a fairly large body of work now, and having the opportunity to make these bigger shows—to think about how the work operates as a larger body. As it evolved, the practice was very much about specific situations, but it’s nice to bump those up against each other in a way. See what happens.

DB: Are there any plans to do something that’s Montreal-specific, following the lead of that Arts Club project in Chicago?

SS: I don’t think it’s going to happen for this show. There are beginnings of a conversation with Lesley [Johnstone, the show’s curator] about making something. She’s been planning a project in relation to the Expo site and that’s one of the things that I visited when I was in Montreal. So I think there’s a plan to maybe try to collaborate on something for that, but it won’t happen in time for the show. The idea is that my relationship with the city will grow from here. And also it’s a continuation in a way: I was also in a show that Lesley curated about the legacy of Modernism, for which I brought together this set of lamps I’ve been making over many years. So that was a nice opportunity to do that. It’s an ongoing collaboration.

DB: That’s your intention to various extents, right? That wherever you show there’s some ongoing engagement or curiosity?

SS: Yeah. It’s been a very productive thing for me to build longer-term relationships with certain cities and also certain curators or institutions. I hope that will happen in this case too. There are certain cities that have been really, really productive for me, like Turin, where I’ve been working with a gallery for ten or twelve years now and made a lot of shows. I’m very much involved diving into local stories and histories—and it’s been very productive.

DB: Having been involved so personally with these projects, with travel involved, is there a quality of flipping-through-the-photo-album nostalgia to putting together the survey?

SS: I don’t know. It’s funny because sometimes, when you see it all together you wonder how it all happened in a way. You have this sense that sometimes it feels beyond your own control. The practice is the practice and it has its own momentum or trajectory and you’re just kind of running along beside it. I know that sounds a bit crazy but it does feel like that sometimes when you put together these bigger bodies of work. But it’s nice to do!

DB: Did anything happen in Chicago to change your perspective on certain works?

SS: Things just sort of come to life in new ways, I suppose, when you put one thing next to another. One thing that seemed kind of conceptual on one level when it was first made gains this formal resonance in relation to something else you put next to it. They’re constantly getting remade, the works. The show that’s coming to Montreal is really a show about sculpture, stuff, material. Which is quite a specific take on my work and practice, which I’m very happy about—but it’s not something I’ve concentrated on so specifically before. And it came in a way from Dieter Roelstraete, the curator of the show in Chicago, having a very particular interest in my work, which initially evolved through his writing a text for a Phaidon catalogue. He brought a lot of that thinking to piecing the show together.

It’s funny how rare it is for curators to be so forthright about what they want to show. I know that sounds strange but very often a curator invites you and says, “Here’s a space; what would you like to put in it?” And you come up with a shortlist and think, “Oh, this could go here and this could go there,” and they make it happen somehow. But this was so proactive on his part in terms of wanting to tell a particular story about the practice. It makes you confront something as an artist that perhaps you haven’t concentrated on before. And it gives the work a freshness as well.

SS: Well, it’s a strange activity. Because also you don’t want to end up making an exhibition about yourself. For me the work has always had its own sense, been about stuff, had its own trajectory, and, I don’t know, you put it all together and all of a sudden it becomes about you as an artist. It’s a funny feeling.

DB: Well, it’s you as an artist in relation to a set of ideas and one would hope the ideas come before the persona…

SS: Yeah, but the hard thing is that the reason for making those works doesn’t get buried beneath this other…I don’t know what it is, an art-historical narrative about you as an artist and your practice and all of that.

DB: And that would be especially unfortunate if that happened to your work, which is so often about delving into art-historical narratives and questioning and exploding them.