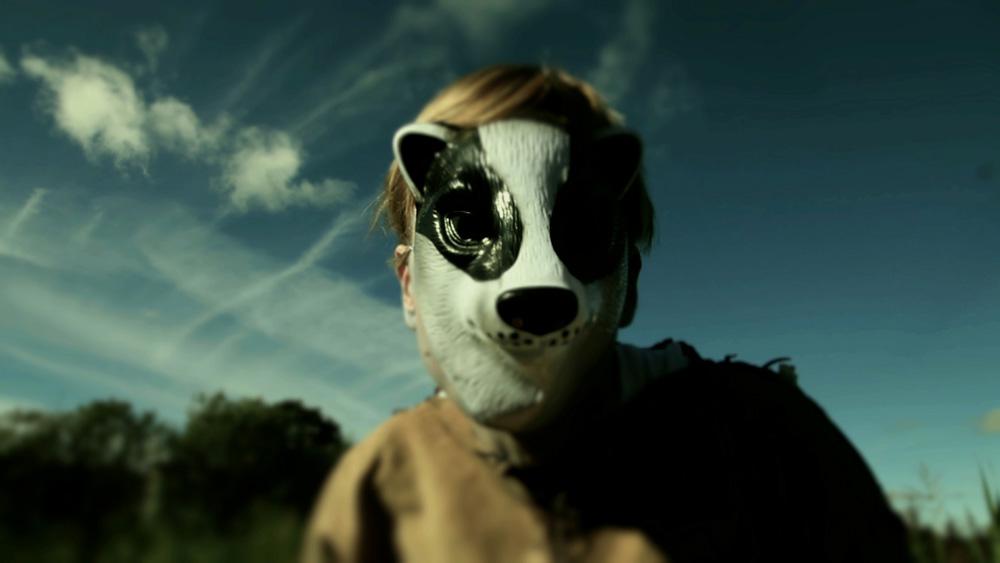 If Jillian McDonald is afraid of the dark, she hides it well. Since 2006, the New York–based Canadian artist has been making performances and films inspired by horror-film archetypes. Whether transforming herself into a vampire on a Chicago El train or bringing a zombie invasion to life in Toronto’s College Park, McDonald has a talent for melding the mundane and the monstrous. Now, her work Valley of the Deer—produced in the Scottish Highlands as part of Glenfiddich’s Artists in Residence program—is on view at Calgary’s Esker Foundation as a three-channel video installation and Toronto’s Onsite at OCADU as a single-channel film.

David Balzer: How did the idea for Valley of the Deer emerge out of the Glenfiddich residency?

When I got there, I found out that “Glenfiddich” means “Valley of the Deer.” So I used all animal masks—of animals that are indigenous to the region, like cows and sheep, and even the Loch Ness Monster, actually. Then I pitted them all against a deer character who served as sort of a victim.

There’s not really a story per se in the work, but there’s a bit of a narrative based on local legends, folklore and oral traditions—things like fairies and water spirits and mountain spirits.

DB: Looking at the film reminded me of the work you’ve done on zombies and the zombie genre. Was it the gothic elements of the Scottish landscape that appealed to you?

JM: Absolutely. The landscape is so overpowering and so romantic: gothic, beautiful, dreary. So that definitely was important to me.

The kind of landscape I’m using is iconic, what I think of as romantic Scotland. In many ways, it’s not necessarily scary to look at in and of itself. But using post-production lighting and putting the masked characters in there brings that element out of the landscape.

DB: Are you Scottish? I wondered, based on your last name.

JM: Actually, I am. I grew up thinking I was Irish, but it turns out my great-grandfather was Scottish. And I found this out just when I was going to Scotland.

DB: When you talk about the use of landscape in Scotland, do you connect that with your upbringing on the Canadian Prairies in terms of a sense of ruggedness or rawness present in the environment?

JM: The Prairies are definitely a different thing altogether. I had no feeling of that landscape while I was in Scotland, because there’s nothing flat there. Everything’s different. The vegetation’s different, the climate.

In the Prairies, it’s sunny all the time; it can be wickedly cold but still sunny. So, no, there wasn’t that connection for me… except that I’m really interested in a kind of expansiveness of landscape, and I think that comes from being on the Prairies.

DB: How did the highlands experience change you and your direction as an artist?

JM: Well, this is by far the longest piece I’ve made. I’ve never been interested in making such a long piece before, but it kind of just happened and I’m really excited about that. So in terms of length and narrative, it really changed my work.

The Glenfiddich experience definitely deepened my interest in landscape and in spending a lot of time in a place and really getting to know it. I’ve done quite a few projects like this—in Arizona, Sweden, Buffalo—where I’ve been in a place for, say, six weeks, and worked with the landscape or setting of the place. But because I spent nine months in Scotland, I’ve become interested in doing longer work again in a place that’s foreign to me.

Also, I’ve never lived in the country before, just the city. Dufftown, where the distillery is located, is very rural. I was across from sheep and goats and cows for all that time. And I was isolated—I think being isolated for all that time informed my work a lot. I made some smaller pieces while I was there, and there’s no characters in them, only landscape. I had never done that before.