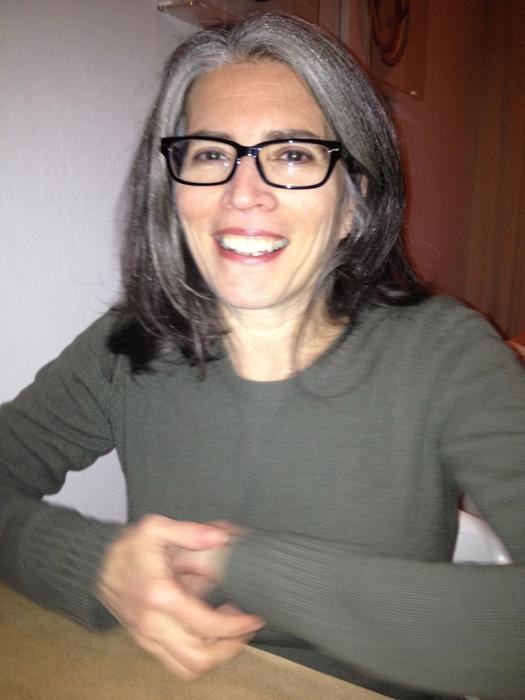 Montreal-based painter Janet Werner knows painting. She’s been practicing her unique, rigorous brand of portraiture for well over two decades, and she has been teaching students in the medium for almost as long: after a decade at the University of Saskatchewan, she began at Concordia University, where she currently teaches and is now chair of the department of studio arts. This year, Werner returns as a juror for the RBC Canadian Painting Competition, which she first co-judged in 2002 and whose winner will be announced tomorrow evening at the Power Plant in Toronto. In this interview for Canadian Art, Werner discusses the range of this year’s nominees, the challenges young painters face in discussing their work, the difficulty of pinning down a contemporary Canadian aesthetic, and more

This is one of the really interesting things that happens to young artists when they’re at that moment of developing their voice. You inevitably carry influences of the school and the teacher that you’ve had when you transplant yourself to another location. But then everything is up in the air. Usually, but not always, there is a kind of crisis that people go through when they reach graduate school. At times, they want to let go of the things they feel had defined them during their undergraduate degree and change. So, from my perspective, as someone who teaches at an institution and is looking at these applicants, it’s interesting for me to see them having gone to a new place. I can see where they came from and how they may be shifting.

DB: Do you think it’s more the case now than it used to be?

JW: No. Now, there’s a lot more crossover and a lot more information-sharing, maybe because of social media and Internet resources. There’s an awareness of what’s going on across the country and internationally. Students are savvy. It’s not so local. But you do still see the influence of the immediate community.

DB: Are students continuing to choose institutions based on their stylistic methodologies and how well they are suited for them, or are they imbibing these methodologies as they study?

JW: It’s a complicated question: Why do they go where they go? Sometimes it’s because the faculty attracts them, but the reputation of the institution and the opportunities it offers are also considerations. Funding is very important. Teaching opportunities as well. Location, too. Many people will come to Montreal because they want to be in a big city. Some will go to the University of Saskatchewan because they have better funding.

DB: If there’s such a breadth of styles and painters, how can you, as a juror, tell what’s good anymore?

JW: I was just asking myself that, because I’m not sure how this is going to go when the RBC jury meets again. So far only the regional juries have met; we’ve not met altogether. And with so few works—we have one actual work from each person, and a few more in reproduction—it seems a bit insane.

However, I think the context for the work is quite important, and that’s one of my issues with the process that I’ll be bringing up. It may be impossible to look at one work and say which is the best painting. Certain things you can tell: quality of the surface, skill level. But there are other conceptual aspects to the work that will probably not reveal themselves in the viewing of a single piece.

What’s a good painting? You can sort of smell it and taste it. Having said that, sometimes things that smell bad or taste bad are more interesting. In the end, they last longer.

DB: Do you think in contemporary terms it maybe comes down more to the painter than the painting? Is it more the conceptual grounding that the painter chooses for herself or himself than any individual work that matters?

JW: One of the things that reveals itself in the process of shortlisting is influences. You can always see the frame of reference, but if the influences are too obvious, then it becomes less interesting. You’re looking for the moment when you see the reference points, but there’s something else that makes a work move just slightly away from what you’ve seen before to something more unusual, unique or personal—somehow exceeding the bounds, the frame out of which the work is being made. That’s when something exciting happens, when it’s possible to see something you haven’t seen before, something fresh or unpredictable.

DB: Are you using support text to judge the worth of the artists?

JW: Yes. Each artist has had to produce a short text that’s about two paragraphs. It’s a really nice length, just long enough to get a sense of the thinking behind the work. It definitely fills in a bit of the picture in terms of giving grounding or intelligence to the work.

DB: It must also be true that in some cases someone struggles to describe what they do, but is still a great painter.

DB: Do you find, as a teacher, that young painters are having an easier or more difficult time talking about what they’re doing?

JW: I think they’re getting… better. Because the pressure is really strong. There’s a professionalization of practice, an awareness of the necessity of being able to promote what you do and to articulate what you do in different contexts.

There’s also so much competition in different media. Even painters now work in multiple media. It used to be that painters were just painters. I do think it’s harder to be a painter and do other things, because of the nature of the labour involved: it’s something you do by hand. Even so, painters are working in other media, and there’s a huge openness to the porousness of being able to cross media. It’s not only okay, but also—now—a plus.

JW: Not necessarily. I just think it’s really hard to paint well. So hard that even if you spend all your time doing it you may not succeed. Multimedia can dilute it, make it about something else—make it a conceptual thing.

DB: But you would say that in this day and age it’s absolutely essential for a painter (and for that matter, an artist of any kind) to be able to talk about their work in some sense?

JW: Yes. Wait, let me contradict that. Anna Gaskell just came and spoke at Concordia. It seems to me that the more successful you are, the less you have to be able to speak about your work.

I love Gaskell; she is a photographer and she obviously doesn’t teach. In her talk she was so inarticulate, so childlike. She didn’t seem to feel as if she had to articulate, because the work is the evidence. It’s interesting and strong. If you don’t teach and you’re successful, you don’t really have to force yourself into words.

JW: Yes. I’m of a mixed mind on whether that’s okay or not. Because in some ways, it’s truer to be inarticulate than to be able to speak well about your art. Being able to speak about your art doesn’t make it better, at all. But there’s a lot of pressure, in order for young artists to become visible: critics aren’t necessarily writing about their work; someone has to speak about it.

DB: Earlier you mentioned different regional influences on the finalists. Is it possible, now, with all the cross-border exhibitions, curation and whatnot going on, to discuss Canadian painting?

JW: I don’t think so. Again, I just think that everyone knows what’s going on everywhere. You’re subject to these influences.

DB: Perhaps regionalism can come into play institutionally—the way students are taught, how accessible MFA programs are to them. Perhaps there’s more credentialism in Canada because education’s generally cheaper?

JW: Well, my reference points these days are largely the Canadians, the Canadian scene. I’m so inside it I’m not seeing what’s going on in other countries or institutions.

What I can say, in the context of the RBC Canadian Painting Competition, is that when it first started I was very suspect of it. It didn’t have much status. It didn’t seem to be a good idea. I was on one of the first juries, in 2002. Myself and Roger Bellemare were both on the jury in 2002 and we’re on it again this year. There were very few applicants.

Now, there’s an awareness about the award; it’s come into its own as a thing. I think, with the higher profile that it gives to painting, it is, in a way, strengthening the profile of painting in the country—as being quite respectable and having a lot of potential, as being something innovative rather than retrograde. It’s become a pretty positive identity-building thing for Canadian painting. At the same time, I do have doubts that competition is good. But that seems to be the way things are going now, with the Sobey Award, the Scotiabank Photography Award, the Grange Prize, et cetera.

DB: After all these years, is painting finally no longer having to justify its existence?

JW: Paint is understood differently now. I think it’s been successfully integrated. It can and does feel contemporary.

This interview has been edited and condensed. To view all the finalists in this year’s RBC Canadian Painting Competition, please visit our slideshow.