Geoffrey Farmer Will Represent Canada at Venice Biennale in 2017

Vancouver artist Geoffrey Farmer will represent Canada at the 2017 Venice Biennale. Here, speaks about the upcoming excitement and challenges. 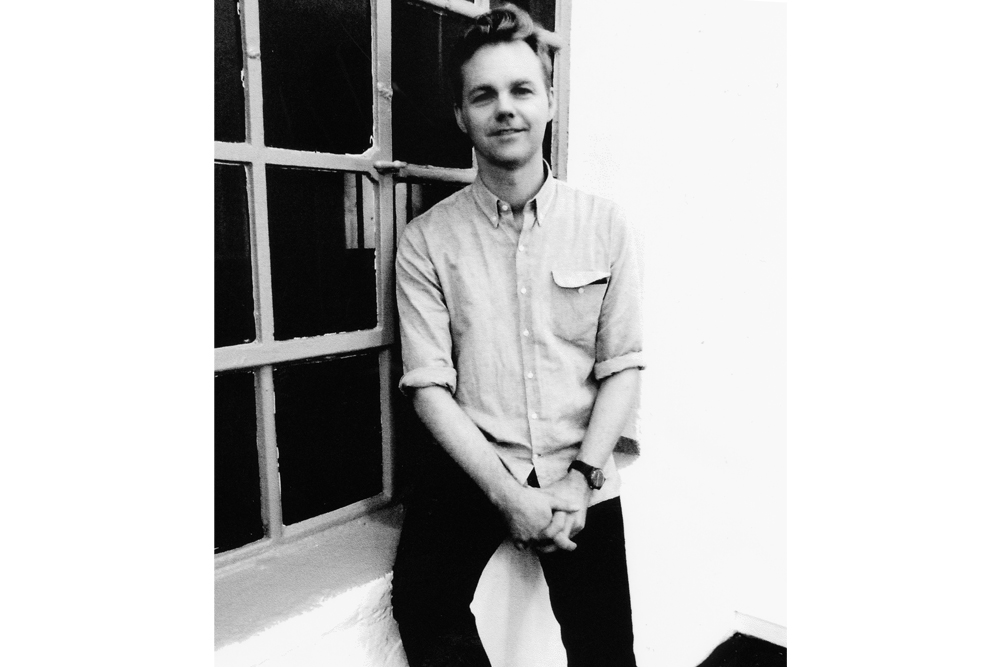 Deputy editor David Balzer spoke with Farmer by phone from his Vancouver studio about the excitement and challenges of the next year and a half.

David Balzer: I’m obviously not going to ask you what you’re going to do because you don’t know yet. Maybe we could start with the risks involved for a Canadian artist that says yes to Venice: the lack of space, the lack of resources. I would assume that Kitty Scott’s involvement is instrumental.

Geoffrey Farmer: I chose Kitty. Marc Mayer called me and asked me whom I’d like to work with and Kitty was the person who came to mind. I was in my first biennial because of her: Ron Terada, Myfanwy MacLeod and myself at the Melbourne Biennial. That was in 1999. And really we’ve been working together ever since: at the National Gallery, the Banff Centre, Documenta. So I felt that if anyone was up for the adventure and challenge of it, Kitty would be. She really helps me think through ideas and develop them. And she challenges me as well. It’s what you want in a curator—opinions on what they think is interesting. She’s someone of imagination, of possibility, of thinking in a way that’s not habitual, which gets me out of my own habitual thinking. It opens me up, to reconsider what an exhibition could be, or what the publication or publications could be. It pulls things apart. Kitty has relationships with artists inside and outside Canada. She’s really involved in a broader community. She keeps me on my toes.

And then there’s project director Josée Drouin-Brisebois, whom I’ve worked with over the years, and who’s done several pavilion exhibitions. That helps lessen the nerves. What it is for me is that you’re not exactly sure what you’re saying yes to. Of course you know you’re saying yes to making a project for the Canada pavilion, but how that’s going to occur, and what that actually means is something that is not totally understood.

In October I went on a tour of the pavilion. I got to meet some of the people from the National Gallery that I’ll be working with and I got a sense of some of the challenges—bringing work in by boat for instance. All of the work gets unloaded; it has to go beneath a bridge. You start to get a sense of the uniqueness of the context of the exhibition.

DB: I imagine over the years you’ve seen other projects at the Canada pavilion.

GF: My first was Janet [Cardiff] and George [Bures Miller]. I knew of Rodney [Graham]; I was there for Steven [Shearer] and for David [Altmejd] and Shary [Boyle]. I’m familiar with the pavilion and with the exhibition at large.

DB: How do you feel about that space and the challenges it presents but also the unique possibilities of it?

GF: When I went to the pavilion there was a lineup to get into BGL, so I just decided to walk around the pavilion, and my first thought was, I want to do something around it as well. I want to incorporate the site itself, the garden that exists within, and there’s a beautiful space behind the pavilion that has a view of the canal. You really get the sense of the kind of porousness of the building and how the park is growing up through the pavilion. In the pavilion there was a map, an architectural rendering; it looks like a nautilus shell; there’s a kind of spiraling. To me there’s a flow. I want that flow as well around the exterior of the building. So that was really my first response, standing in the landscape of this garden looking out at the lagoon, and thinking that I also want visitors to be standing here.

They’re going to restore the pavilion, so I didn’t want to respond to the pavilion by covering it up or by altering it dramatically as a structure. That’s the sense that I have now, at least. But I also want it to be transformed by the work, and I imagine the work is both inside and outside.

DB: Do you know when the restoration is slated for?

DB: So the restoration will coincide with the preparation of your project.

GF: They’ve just announced this endowment, and they’re really wanting it to grow. And I think the National Gallery is really thinking a lot about the stabilizing of funding around the pavilion exhibition, because so much time has to be committed to fundraising, and the majority of the money is coming from private sources. So I think they’ve done an amazing job in beginning this. I know that they have plans to restore, and are really thinking in a long-term sense of what can be done.

GF: I’ve only heard of small things, like the fact it doesn’t have a bathroom—basic things will be added. The restoration is what I know will happen.

DB: Even though ironically it sort of looks like a bathroom in a Canadian public park…

GF: When the building was first unveiled in the late 1950s there were some quotes like that. But it is, in a sense, a true pavilion, in its architectural structure, its feeling of temporariness, its transparency. It definitely is a puzzle to solve and you can see over the years how different artists have tried to deal with that puzzle, and that’s really valuable, to go back and look at how other artists approached it.

DB: There seems to be, in contrast with many other countries, this urge to really be national or to make some kind of nationalist statement with the Canada pavilion exhibition. There are many notable exceptions, but some projects seem to carry with them the weight not only of being in the pavilion but also of having to say something about Canada. I wonder if this is at all a concern for you.

GF: No, because I have been showing out of Canada for a few years—really beginning with Kitty in Melbourne, and I was in the Sydney Biennial, the Istanbul Biennial and Documenta. I feel I’m engaged in a conversation in many different ways, both within Canada but also internationally, even though I don’t really like to use that word. It’s just contemporary art. For me, I think it’s a strange proposition to be making a work in the context of a national identity, but for me it has more to do with the history of the exhibition itself, which is more than 100 years old—that history, that context, is more interesting. And, as I said, the puzzle of the space. I’m most likely going to make the work in Europe. But of course where you come from has to have some part in how you’re thinking.

My work really comes out of an engagement with a place. I really want the work to feel like it’s grown out of the pavilion—that it hasn’t been plunked there, but that there was time, and it came out of that place in some way.