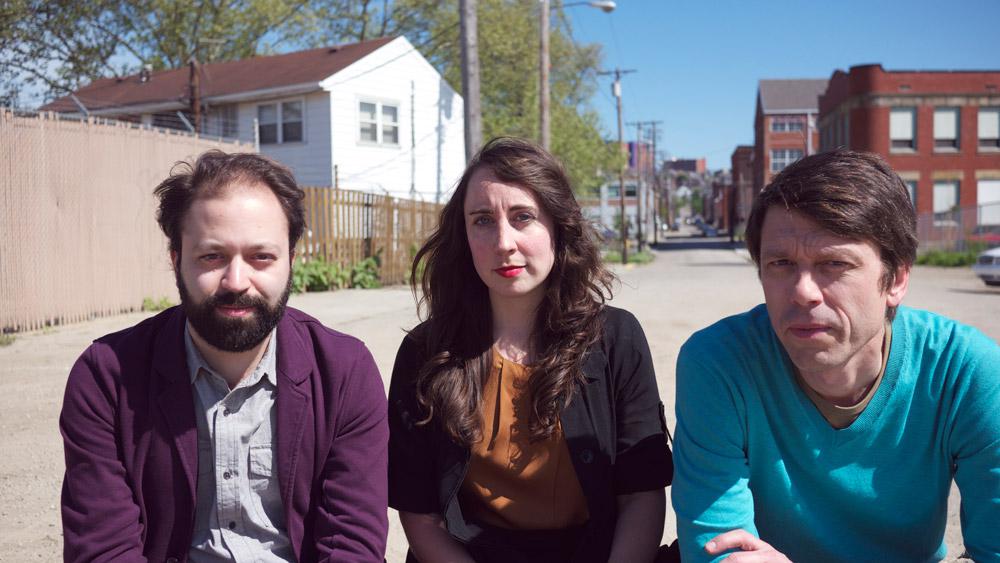 This week, the Carnegie International opens at the Carnegie Museum of Art in Pittsburgh. The oldest showcase of international contemporary art in North America, the Carnegie is often a litmus test for new attitudes and directions in artmaking, and this year it includes work by Vancouver’s Rodney Graham, who is also performing at the museum on October 5.

This installment of the International, the first since 2008, is notable for a number of other things, too. There are three curators—Daniel Baumann, Dan Byers and Tina Kukielski—instead of one; the curators are engaging in a “reinstallation” of the museum’s permanent collection, which includes works from previous incarnations of the Carnegie; and there are offshoot initiatives, such as The Playground Project, in which “playground expert” Gabriela Burkhalter has created a playground-themed exhibition in the museum’s Heinz Architectural Center.

Here, in a phone interview conducted earlier this year, Baumann speaks to the pressures and responsibilities of co-organizing such a survey, and he explains how he and his colleagues attempted to transcend them.

David Balzer: Was there an underlying concept that informed how you and the other curators selected the artists?

Daniel Baumann: What we wanted to go for was unique voices, not really a theme. We wanted unique voices that stand out in the art world, but also well beyond it. We wanted to have this diversity which, to a certain degree, would produce dissonance.

So as a visitor, you’d come through all these different ideas and thoughts, and through different parts of the world. We found it difficult just to lump everybody together into one. I would have enormous difficulty pulling a global thing overtop individual voices.

Nevertheless, the interesting thing that happened is that themes did emerge.

One, which is very important to us, is artists showing us or guiding us in terms of how to look at history and go against the grain of understanding history. That’s one strong theme.

The other is the sense of place. You could argue that, in a time of global markets and the digital, everything is the same, but I think it’s because of that extreme element of levelling that it becomes vital to have a very clear sense of where one stays and lives and is engaged.

DB: When you’re putting together something like the Carnegie International, is it burdensome? Do you feel as if you have to reflect a pulse, or the pulse, of the contemporary scene? Do you just reject that idea entirely? Or do you indeed feel a sense of responsibility in having to provide a cross-section of quote-unquote what’s going on now?

DB: I actually enjoy it! I don’t feel that much oppression. I have a long career in working with what some people call outsider artists so I [am used to taking the risk that] people [won’t] understand me—so I have some tolerance in this respect.

But you know, the great thing about the Carnegie International is that it’s had a long history. You’re part of a broader thing, and you can work with that, and we did. So we rehung the collection and put it up according to the history of the International and that helped us to have another perspective.

We also decided to be quite playful—thinking about things in a playful way helps you handle pressure. We shouldn’t take ourselves too seriously. I mean, we have to be really serious, but we shouldn’t overestimate our importance. I always say, “We are all products of zeitgeist; even the avant-garde is a zeitgeist.” There is no way to be before time—that’s a nice illusion. Once you are aware of that, you start to become distanced from all these expectations.

We do want to offer a show that thinks about its time. But it’s not about being talent scouts. I actually think galleries do that better. Galleries and the Internet. Things change so fast now, and they’re doing a brilliant job of it. Why should we organize an exhibition over two or three years [around that concept], when decisions are typically made in two or three weeks? So let’s focus on other things. Yes, this a big thing, but we don’t see it as a talent-scout market operation.

DB: I guess this comes back to what you were saying earlier about unique voices. The idea of uniqueness is interesting, now, in the contemporary art world, coming after Modernism, coming after this swift avant-garde trajectory that actually believed in, and pushed artists to create, novel ideas. What constitutes a unique voice now, in this post-avant-garde moment?

DB: Yes, I think it’s less about the novelty. They are not unique in an absolute way; that doesn’t exist.
But you can learn something from them. And that learning… it’s a broad notion. You can be astonished by a beautiful abstract composition. And then can go into community engagement and try to do things in a different way through art.

So I don’t think we do function through old dichotomies like figuration versus abstraction, or community engagement versus abstract art. We’re not interested in that; it’s old-fashioned; it’s run out as a way to think about art, these economies of oppositions.

Each artist who’s showing here tells us important things, and that’s ultimately what makes my life better when I go to museums. I learn something.