Curator Cynthia Burlingham speaks with David Balzer about “The Idea of the North: the Paintings of Lawren Harris,” a show spearheaded by actor Steve Martin. 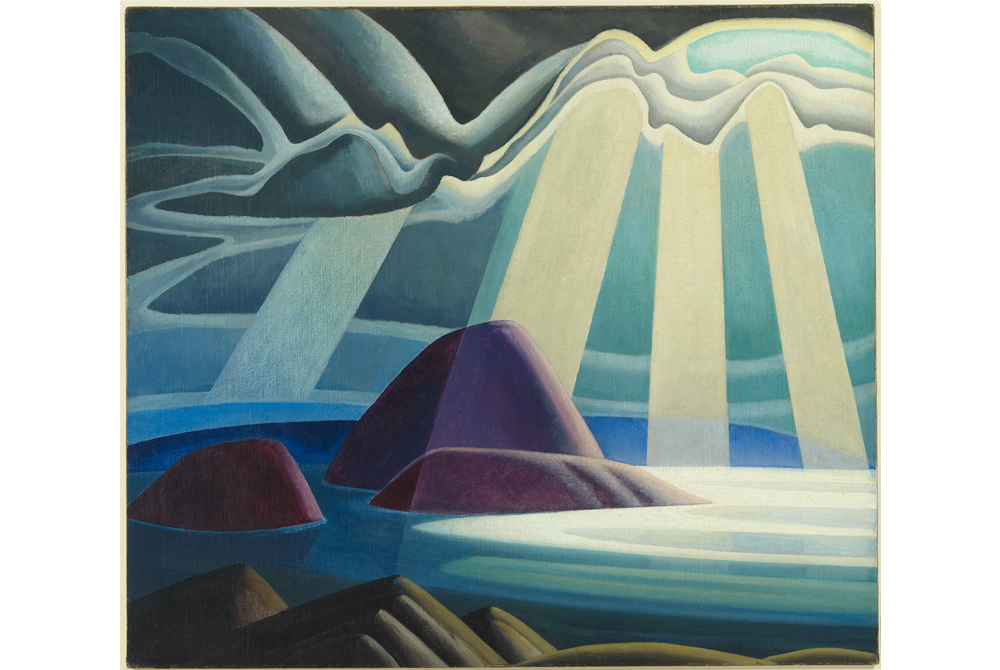 On October 11, the Hammer Museum in Los Angeles opened “The Idea of the North: the Paintings of Lawren Harris,” just under a year before it finds its way to the actual north and opens at the Art Gallery of Ontario on July 2.

Why debut this eminent Canadian in Los Angeles before Toronto? The answer, an eminent American: comic actor, writer and musician Steve Martin, who owns Harris’s work and essentially initiated the project.

David Balzer: You’re not approaching Harris from a Canadian perspective. Can you tell me what your knowledge of his work was before you started collaborating on this show?

Cynthia Burlingham: I had practically none. I was familiar with the name and I had a date, and a sort-of understanding. I had gone to the Art Gallery of Ontario and the National Gallery of Canada, the permanent collections there. I’m a works-on-paper specialist. But in recent years I’ve worked on a number of exhibitions including one of Charles Burchfield’s [“Heat Waves in a Swamp” in 2009, which traveled to the Burchfield Penny Art Gallery in Buffalo and the Whitney Museum of American Art in New York]. I collaborated with Robert Gober who was a co-curator, in the same kind of position that Steve [Martin] is here. So I went to Buffalo several times and worked with the collection—and there [Canada] was right across the lake. And I had never come across anything in working on Burchfield that suggested that he or the artists working at that time were looking at Canadian art. But I just found it so fascinating that I was right there in Buffalo, for a good many years, and this didn’t come up. And that there’s a whole body of work. Then I started asking everyone I knew if they knew of Lawren Harris. Then I found out that many people I knew were actually Canadian!

DB: Secretly Canadian, we call it.

CB: Yes! The secret Canadians did. But if they weren’t Canadian, they didn’t know. Unless they were married to a Canadian, or had lived in Canada, or had gone to school in Nova Scotia or something. There were a number of things that qualified it but in general, it’s just amazing how little we know.

DB: As I’m sure you know, it was that Scandinavian painting show at Buffalo’s Albright Art Gallery that many of the Group of Seven members were so influenced by. They certainly crossed the border.

CB: Sure, and they were very vocal about it. So you know somehow that it must have been happening on the other side. But there is so little evidence of it. When we approached Karen E. Quinn, who’s the curator at the MFA Boston, about taking this exhibition—this has been a long-time interest of hers, to incorporate Canada into the art of the Americas, because they have this whole new wing—she was like, “Yes, this is great. This is what I’ve been wanting to do!” But there’s little to no [Canadian] work in American collections. She has an essay in the catalogue that actually brings up how there used to be more of an exchange and understanding, but it’s just dropped off for the past two decades.

DB: With the inclusion of Emily Carr in the last Documenta and the recent show of hers beginning at the Dulwich in London, it seems we might be seeing a renaissance of international interest in that era of nationalist painting, which I think for people who work in historical Canadian art is exciting. You spoke a bit of the institutional context for the show, but what galvanizing role did Steve Martin play?

CB: Steve really introduced us to the work. He showed [Hammer director] Ann Philbin a Lawren Harris and then later she happened to be going to Montreal and Toronto, and looked more, especially at the Thompson collection at the AGO.

Steve has been asked to do things like this before but he hasn’t. He thought he could really help to introduce Lawren Harris to an American audience. He believes in the work and absolutely has a strong idea of what work he wanted to include—the work of the 1920s, of the Rockies, Lake Superior and the Arctic. That work he felt was the real core of what we should show.

It’s a very focused show, and it’s one that Canadian audiences are very familiar with. We didn’t do the whole Group of Seven and their entire history. We didn’t go into the transcendental paintings that were actually shown in New York several years ago. This is putting your toe in the water. It’s an iconic period of Lawren Harris’s work, and Steve was very sure of the paintings he wanted to include. Andrew, Steve and I went across Canada to view work in all different collections, and really chose the ones that made a mark in terms of quality and importance. Steve did all the legwork to make it happen.

DB: Another connection between the Burchfield show you worked on and this one is that Gober is a collector of Burchfield, as Martin is of Harris. Are any of Martin’s collected works going to be part of the show?

CB: No. And Robert collects Burchfield in that he has, like, two Burchfield drawings, but not watercolours. He collects Burchfield in a very minor way. Steve has two paintings and they’re not in the exhibition. And actually one is not even in the period that we’re talking about. So that really wasn’t an objective. It’s definitely that he knows, and that he’s a fantastic collector of 20th-century modernism, but that wasn’t really the whole thing. He didn’t really have anything to do with that except as a way of introducing us to it. And that’s the same thing that happened with Robert. We didn’t know that Robert was secretly interested in Burchfield and had been specifically discussing the idea of a Burchfield show. It’s different because we hadn’t been discussing the idea of having a Harris show but we had with Burchfield—who would be a good person to do it. And then Anne Philbin saw a Burchfield drawing and mentioned Robert. And all of a sudden it opened a whole area of understanding and knowledge. Collecting becomes a little touchstone.

DB: Los Angeles has a relative proximity to the Pacific Northwest and there’s a lot of exchange between Vancouver and Los Angeles, but in Canada there’s this deep relationship that we have with Harris’s imagery, with the nationalist project and psyche they represent. As someone who came relatively recently to the work, how do you see these icy, symbolist vistas translating in Southern California?

CB: You can see it showing in Boston more readily perhaps than in Los Angeles. We’ve been thinking hard about how you introduce an artist of arctic and northern landscapes to Los Angeles! It’s so out there in itself, but they do connect so much. I now look at galleries of early-modern 20th-century American painting so differently. Certainly there’s always been Rockwell Kent— people look at Lawren Harris and mention his name.

Harris doesn’t hit you until you’re actually in the gallery seeing the thing. The quality of Lawren Harris’s painting is so important to see in person.

We at the Hammer largely look at art and culture through a contemporary-art perspective. People may look at this with a kind of, “Huh, I wonder why they’re doing that.” The feedback will be interesting.

DB: I think it’s encouraging that institutions are feeling freer to approach historical work in a contemporary way.

CB: I also think there’s a huge Canadian audience out here for Harris.

DB: All the secret Canadians will be coming out of the woodwork.

CB: We’ll find out how many there really are in Los Angeles!