The Generalist: An Afternoon with Roberta Smith 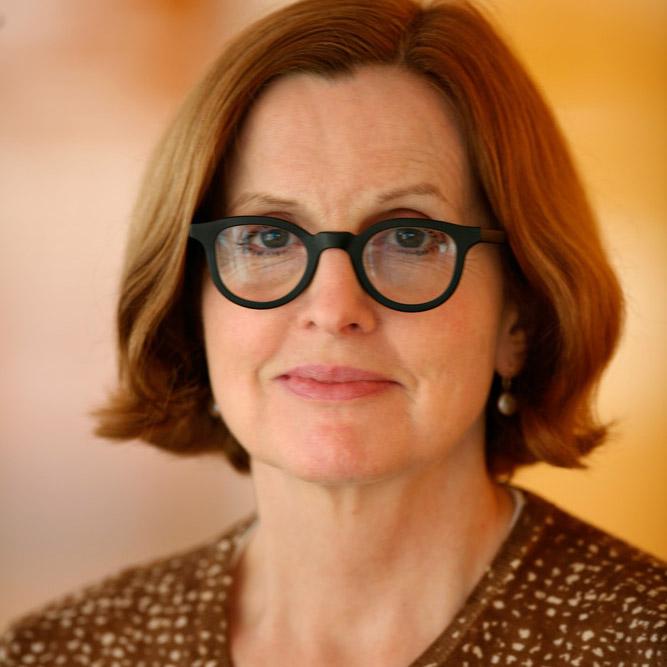 According to the New York Times’ chief art critic Roberta Smith, she only gives one talk and she’s been giving it for the last 30 years. “I give it a new title every so often,” she quipped last week to a full house at University of Guelph’s War Memorial Hall. This time it was called “Criticism in the Expanded Field,” and was the university’s eighth annual Shenkman Lecture in Contemporary Art, which coincides with open studios for its MFA students.

Smith’s glibness may appear off-putting, but in person it was anything but. I interviewed her a few hours before her lecture and she began, warmly and playfully, by issuing the same proviso, adding, “so I don’t know what you could ask me that I won’t be talking about later.” There was, it turned out, lots to discuss, with little overlap. Both experiences were riveting and convivial.

Smith saved her best lines for War Memorial Hall, however, in a direct address to graduating students: “If you have art in your life, you have to follow that love wherever it will take you. Just because you’re getting an MFA doesn’t mean you’re going to be an artist. Only be an artist if you can’t be anything else. If you have art, that’s the main thing. How it will be in your life, you must decide.”

Smith’s own experiences with art are practical and vocational. She got a BA from Grinnell in the late 1960s (“I wasn’t much of a student”) and worked for famed dealer Paula Cooper for a while, at which point she met Donald Judd, for whom she compiled his writings. She became so enamored of Judd’s “highly specific” way of seeing things that, one day after reading a review of his work in Artforum by Robert Pincus-Witten, wrote a 10-page corrective and sent it to editor Philip Leider. Leider’s response, in her words: “This is an obnoxious way for anyone who wants to be an art critic to get started, but if we can cut it in half, we’ll publish it.”

Smith eventually made the transition from art magazines to the Village Voice, where she was fired after four years and replaced by Gary Indiana. “I wasn’t hip enough. I said to my editor, ‘You wouldn’t do this if I wasn’t a woman.’ And he said, ‘No, you just belong at the Times.’” That’s where she ended up in 1986, and she’s been writing for the newspaper ever since.

“The presence of a readership [was novel],” she explained in her lecture of her transition to the Voice and then to the Times. “I wasn’t standing with the artist anymore, trying to help them get their point across. I was with the audience, telling the artist how their work was received.”

Along with fellow Voice alumni Peter Schjeldahl, now of the New Yorker, and Jerry Saltz, now of New York magazine (and Smith’s husband), Smith stands as one of the few generalist art critics remaining in North America. Her insights about visual art are correspondingly earthy and accessible. It is no coincidence that Smith, Schjeldahl and Saltz all write for institutional publications based in New York, a city where the audience for museum and gallery shows is comprised of many, including tourists, not directly connected to the art world.

“The process of criticism, what makes it a challenge and a form of self-analysis, is you have to be honest,” Smith said during our interview. “And if you’re honest, you can’t form alliances. I think taste is basically polymorphous. People who narrow their vision and commit to this or that—like the whole October [magazine] crowd. It’s like, ‘Guys, you’re lying!’ There’s so much out there that you have reactions to. And it’s not all shit.”

Smith is consistently respectful when discussing the Times, which she describes as “a prison house of language, in the best way.” “The Times really believes in criticism,” she told me, promising she would likely have a successor. “They still cover all the plays that open, most of the movies that open. They don’t cover all the art shows that open, that’s for sure, but most museum shows. They see culture as one of their big things.”

As her regular readers know well, Smith is not unswervingly committed to any artists, movements or media. Nor does she have nostalgia for a particular period in the art world. She writes on the fly and to deadline; her alliance is to looking, experiences and preliminary impressions—built, of course, on a wealth of prior knowledge and pavement-pounding.

“Art changes and expands you, and you write about different things according to what’s there,” she said. “I never really got stuck on anything. I was always really aware that Rosenberg and Greenberg had gotten stuck. They were so a part of a moment in history [i.e. Abstract Expressionism] that was so great that nothing else could measure up.

“I’m more like Henry McBride. I’m just going along saying, ‘This is what you can look at; here’s what’s on view now. This is great; this isn’t so great; you can skip that.’ I guess people believe me. People have found when they go to shows I write about, that they often agree with me, enough for them to read me again.”

I concluded our interview by telling her her position might seem particularly enviable to a Canadian critic, who deals with a smaller, more insular visual-art audience, and can experience blowback from negative reviews, which can be perceived as destructive both to artists and to the art community at large.

“I’ve had people who’ve stopped speaking to me,” she replied. “As Peter Schjeldahl says, ‘You have to be able to lose a friend a day and still have friends.’ But I think if you keep at it long enough and you’re fair about it, you get a reputation that precedes you. People get a clearer understanding of it. You have a job to do.

“Your commodity is your integrity. And you’re kind of making it up as you go along, but that’s your job. And you know where the lines are, the ones that you’re not going to cross, because it hurts your work.”