From Cutting-Edge to Razor-Edge: Why the Plasticiens Matter 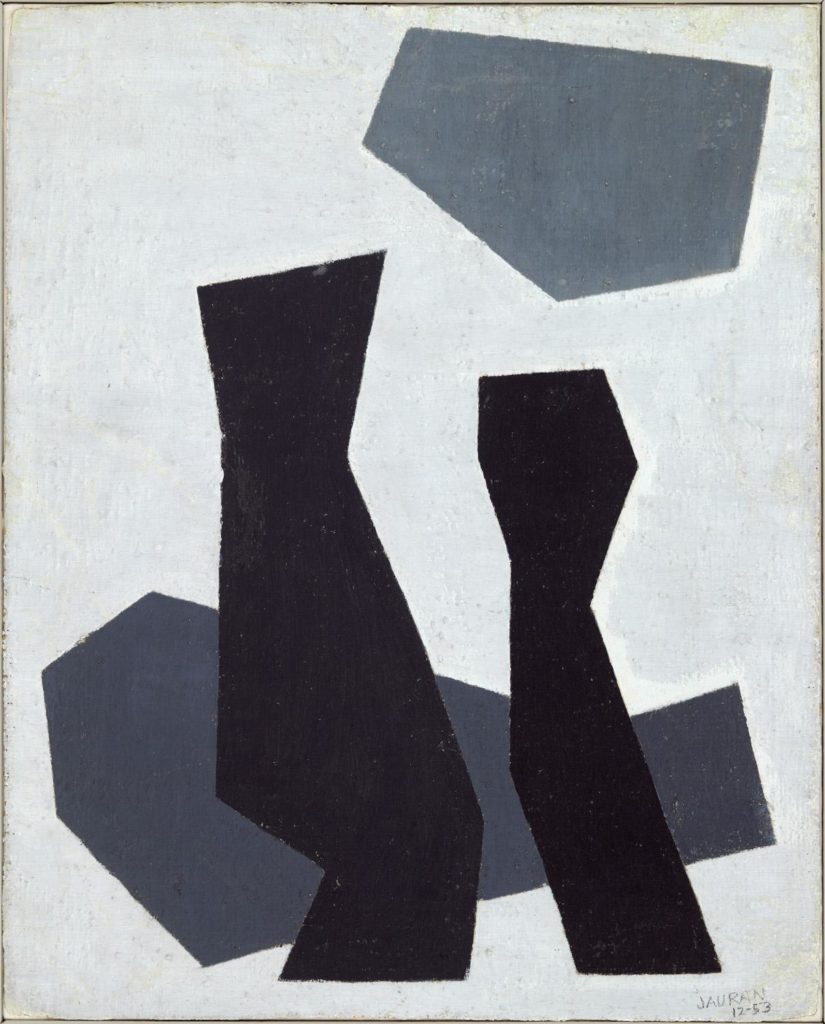 “The Plasticiens and Beyond: Montreal 1955–1970” may be a historical exhibition, but it begs a question that remains very current: How to get Canadian art better recognized on the international stage? The show—currently on at the Musée national des beaux-arts du Quebec and due to travel to the Varley Art Gallery—highlights the contributions that Guido Molinari, Claude Tousignant, Yves Gaucher, Charles Gagnon and others made to the (better-known) geometric abstraction underway in Paris and New York during the same time period. In this interview, exhibition co-curator Roald Nasgaard, author of Abstract Painting in Canada, talks “razor edge” vs. “hard edge,” Montreal vs. Clement Greenberg, and domestic vs. global art histories.

LS: A few years ago, you organized an exhibition on Quebec’s Automatistes that argued they had an overlooked place on the international scene—that they made advances similar to those of New York’s Abstract Expressionists, but were not recognized for it. Would you say something similar of Les Plasticiens—that they have an overlooked place on the international scene?

RN: I would. The first Plasticiens showed together in 1955, and then Molinari and Tousignant enter the scene in 1956. I think what they did in 1956 in terms of coldness, bluntness and scale is comparable to what was happening anywhere in North America or Europe at that moment.

I would also argue that the artists I call Les Plasticiens—which is Molinari and Tousignant and Yves Gaucher and Charles Gagnon in the 1960s—provided a real alternative to the kind of cool abstraction that was practiced elsewhere in North America… in New York, in Washington, in Toronto with Jack Bush, in Regina with Kenneth Lochhead, and so on.

RN: Well, of course, it isn’t really the first show of their work—but the exhibition and catalogue is the first attempt in some time to write their history in a more comprehensive way.

LS: So what really distinguishes the Plasticiens from other abstract painting trends of the 1950s and 60s?

RN: It was a moment when in New York, for example, younger artists like Frank Stella and then people like Kenneth Noland and Morris Louis felt that they no longer could make use of the gesture and spontaneity of Abstract Expressionism. They felt that by being repeated by too many younger artists, it had turned into a manner of painting and was no longer available for original expression. So they turned on it with hard-edge or cool, gestureless, Colour-Field type of painting.

Maybe the most characteristic thing about Montreal paintings from the 1960s is that they’re about colour. They’re about unmodulated colour, they’re flat, and the colour bands (whether they are targets or whether they are in strips) are absolutely crisp—Guido called them “razor-edged.”

American painting at the same time is called “hard-edge,” but they are never “razor-edge.” They are always a little soft, because of paint bleeds or raw spaces between the paint bands. There’s always little marks or something else that opens up a lyrical space, something that makes the pictures occur inside and behind the canvas. And the ideal, as far as critics like Clement Greenberg and Michael Fried have expressed it, was that you got everything you needed to know in one instant.

In contrast, the Plasticiens created paintings that seem to occur through time [and that go beyond the space of the canvas]. It becomes more about a dynamic movement between the colours, something closer to Op art. Because you never see a Molinari or a Tousignant in an instant—they’re always changing colour phenomena under your eye.

Even in Yves Gaucher’s Grey on Grey works, he has these white lines or signals that you can’t put together as a coherent experience at any one moment. Your eye enters, and then it gets bounced back and forth from a line to a cluster of lines and back at any moment. Your eye is continually made to scan the painting.

The Montrealers would have thought that contemporary painting without incorporating time wouldn’t have made sense.

LS: One thing I am reminded of when I think about this exhibition, and about the Automatistes show that came before it, is how Canadian art is often overlooked internationally. This is a concern often still voiced with today’s art, of course. How could this change? Or when does that change?

RN: Well, Gaucher, Molinari and Tousignant showed quite a lot in the United States in the 1960s, but it never took root.

One reason was that the defining terminology for abstract painting came out of New York and was basically established by Clement Greenberg.

Greenberg did not agree with Montreal painting; I think part of it was this element of time in the work, and also somehow a sense that hard edges were academic and about design. He and Guido Molinari argued about these kinds of things at Emma Lake.

Also, by the mid 1960s, just when the Plasticiens were gaining a foothold in New York, the Minimalists came forth, and Conceptual art came along which interrogated the production of objects, whether they were painting or sculpture, and then postmodern criticism came along and complained that any kind of art object was merely luxury production and therefore had no social value. So it’s kind of like they came out almost on top, and then the moment passed.

But the world of collectors is always in the process of discovery. So one remains optimistic. There’s a collector in Pittsburgh who has major paintings by all four of the Plasticiens. So you never know!

LS: There has been a resurgence of painting in general, and abstract painting in particular, in the past 10 years. Why do you think this is so? How much do you feel these newer works might be similar to or different from the work that you are looking at in this Plasticiens exhibition?

RN: Since the beginning of the millennium, I think that the stigmas that were particularly characteristic of postmodernist critics just stopped making sense, and that artists still found painting a useful tool with which to work and with which to say things.

To me, a lot of the newer painting has to do more with the issues that the Montreal Plasticiens dealt with than the Post-Painterly Abstraction group.

If you enter one of John Kissick’s paintings, it’s sort of like entering a Gaucher or a Molinari—it doesn’t have what should we say is a gestalt composition; it doesn’t add up like a Mondrian to a dynamic equilibrium. You enter somewhere, and then your eye is led to move at various speeds and through various emotional responses. It’s visual and it’s visceral, and there’s a continuous kind of journey you make through the painting.

It’s interesting how many younger painters around Toronto are also interested in the phenomenon of optical retinal experiences—people like Curtis Amisich and, to an earlier extent, Angela Leach. Chris Cran in Calgary is continuously concerned with the ambiguity of perceptual experiences.

RN: I did my MA in art history at UBC, and I remember how instructive the Vancouver Art Gallery was in the mid 1960s. I remember quite vividly that the Borduases and Riopelles and Molinaris in their collection sent significant chills up my spine.

Then, I arrived in New York and the important new phenomenon was Minimal art. The experience that it required from one physically and mentally and contextually made immediate sense—and the way it drew attention to one’s perceptual processes became an essential component of how I’ve continued to look at works of art.

Of course, that’s what the Plasticiens do: they continually draw attention to your perceptual processes and perpetually challenge them. Granted, it’s not fair to say that [their work] is what sparked my interest in art per se. But rather than being drawn to the Group of Seven or being drawn to any other historical period, I remember the vividness and the privilege of being able to see stuff like that.