When the award-winning American TV series ART21 decided branch out into Canada, it put Vancouver first. Here’s why. 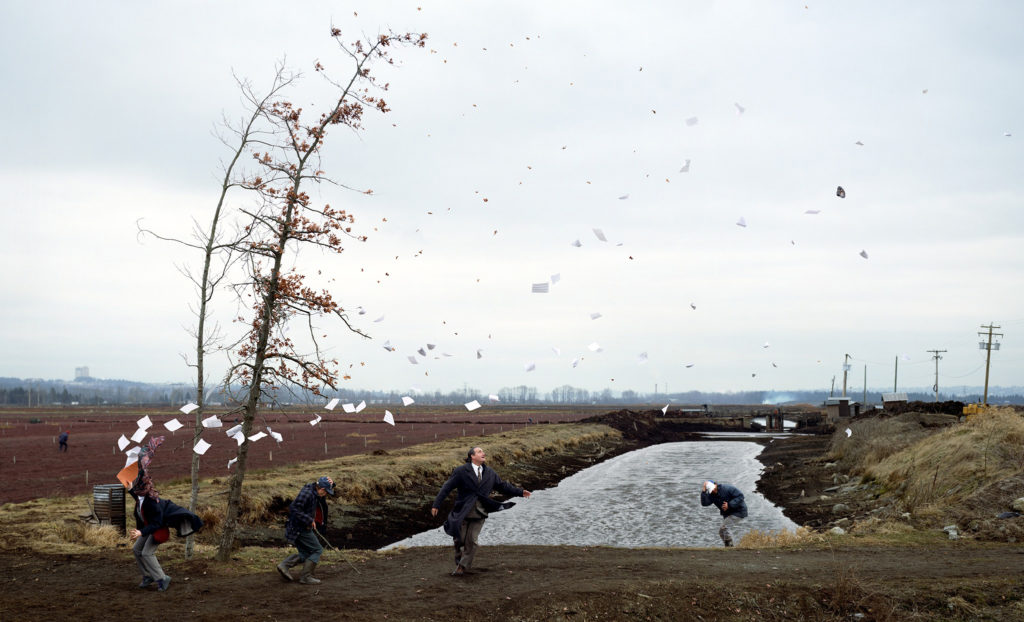 A Sudden Gust of Wind (After Hokusai) (1993) is by one of Vancouver's best-known artists, Jeff Wall. Image Copyright Jeff Wall.

While each city across Canada has its own creative advantages, it’s difficult to deny that Vancouver’s art scene is the standout from an international perspective—and for good reason.

With artists ranging from Geoffrey Farmer (Canada’s 2017 Venice pick) to Jeff Wall (creator of the 5th most expensive photograph ever sold at auction), Vancouver artists are known far and wide for their excellence. And when Phaidon’s Art Cities of the Future came out a few years ago, Vancouver was the only city in North America (not just Canada) that made the list.

So it’s no mistake that when the award-winning American TV show ART21: Art in the Twenty-First Century decided to branch out into Canada for the first time, it decided to focus on Vancouver.

Here, ART21 executive director Tina Kukielski—previously a curator at the Whitney and the Carnegie Museum—tells us via email what makes Vancouver, and its artists, so special.

Leah Sandals: Why was Vancouver the first Canadian city ART21 wanted to venture into?

Tina Kukielski: Vancouver has long been on our radar at ART21. We were finding that the city was assuming more prominence of place because of a group of internationally recognized artists that call that city home. With all the talent there, it’s hard to ignore!

When we choose a city, we are thinking as well about what can resonate with viewers worldwide. Vancouver is a global city and the development underway demonstrates a reshaping of the urban fabric that mirrors what is happening in cities across the globe. We found that story was one that people could connect with.

Ultimately, we couldn’t resist the chance to work with artists like Stan Douglas, Brian Jungen, Liz Magor and Jeff Wall.

LS: What did you and your team notice about the artists you dealt with while filming in Vancouver? Any common threads you observed?

TK: Vancouver is a small and tightly knit city, and for the artists working there, they are supported because of the close relationships that exist between artists of all generations. That is unique to Vancouver.

Artists are interested in history there, but also in reframing the world around them. By recreating historical moments, staging photos of vernacular scenes, and crafting intricate sculptures that trick the eye, artists reveal how everyday images and moments from the past are not always what they seem.

The effect is subtle in some cases, but once you spend time with the work in our program, you get the sense that artists in Vancouver are really asking us to see critically and with deep reflection.

LS: What experiences stood out for you and the ART21 team in Vancouver?

TK: The natural beauty was hard to resist. Our cameras gravitated toward it, even in moments when the weather was non-cooperative.

Because of production model is one where we see the evolution of artist projects across longer stretches of time, we were filming in Vancouver for almost an entire year (on and off of course). Seeing the city evolve and change across the seasons, that stood out.

LS: How do you want ART21 to engage with Vancouver or other Canadian cities in future?

We are hosting our Canadian premiere on September 27th in conjunction with [Vancouver’s] Cinematheque and Contemporary Art Gallery, and the event sold out in mere hours. We actually had to schedule a second screening, the demand was so high.

ART21 is perhaps a bit less known in Canada than in the United States but we think with programs like this one that we’ll change that.

Season 8 of ART21 premieres September 16 at 9 p.m. Eastern Time on PBS. The Vancouver episode, specifically, will air on PBS on September 23 at 10 p.m. EST. A screening of the episode will be held at the Cinematheque in Vancouver on September 27 at 7 p.m.