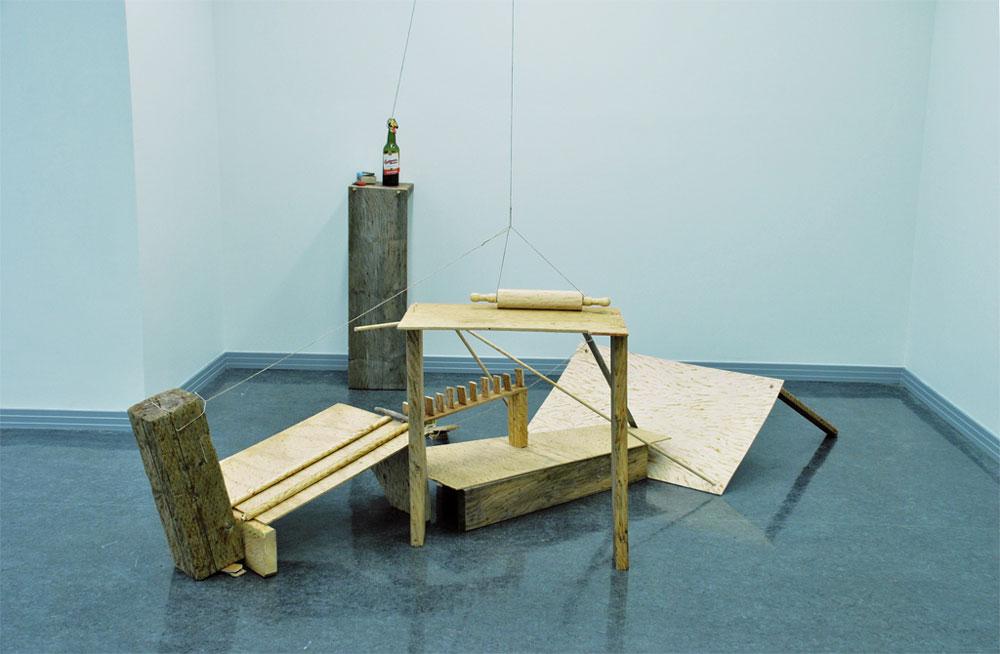 If a pantheon of Northern eccentrics exists, then the Moravian-born, Dawson City locksmith Jan Welzl (1868–1948) must rank among the foremost. Variously described as a “traveller, adventurer, hunter, gold-digger, Eskimo chief and Chief Justice in New Siberia,” Welzl is said to have lived in a cave for more than 30 years. Recently an asteroid was named after him. His life story is the stuff of non-conformist legend.

Welzl is best known as the raconteur author of Thirty Years in the Golden North (a best-selling Book-of-the-Month-Club title in 1932) that detailed his travels across the far north in fantastic (and controversial) fashion, with tales of natives worshiping giant monkey idols and holding boxing matches in their kayaks. He died a pauper and his final project—a sprawling perpetual-motion machine cobbled together from scavenged Dawson City junk—was left unfinished.

This summer the currently Glasgow-based artist Scott Rogers brings Welzl’s legacy back to life with “Meanders Into Nonesuch Place,” an installation of sculptures, drawings and videos at ODD Gallery as well as performances in and around Dawson City. In one corner of the gallery Rogers assembles a Rube Goldberg–like device built from found wood. Titled Drinking Buddy Emulator (Carving Camouflage), the kinetic construction promises to initiate a chain reaction that culminates with the clink of a beer mug and a faux antique Czech beer bottle in what Rogers calls “an absurdly automated toast.” Against a gallery wall leans a round, wooden tabletop carved with the lyrics of a sea shanty that Rogers wrote in dedication to Welzl. Meant to be sung ad infinitum (the verses circle around the chorus), a rubbing of the tabletop shanty hangs on another gallery wall. Pinned to the gallery floor by Yukon River rocks and pocket change are traced drawings of other perpetual motion machines and samples of contraption designs by the British cartoonist Heath Robinson.

Two videos tie in with Rogers’ performances. In one, he’s seen making a pilgrimage of sorts, temporarily placing a rough-hewn wooden statue outside of what could have been Welzl’s former cabin. The statue sits within view in the gallery. Rogers plans, he writes in an email, to continue to carve it for the duration of his life. In the second video, Rogers tests the waterproofing of a wooden box that he later cast into the Yukon River. Inside is a copy of Welzl’s Thirty Years in the Golden North—heading full circle, perhaps, to Siberia where the book’s narrative began.