It’s 2016. And for some reason, most public art commissions in Canada are still going to men. 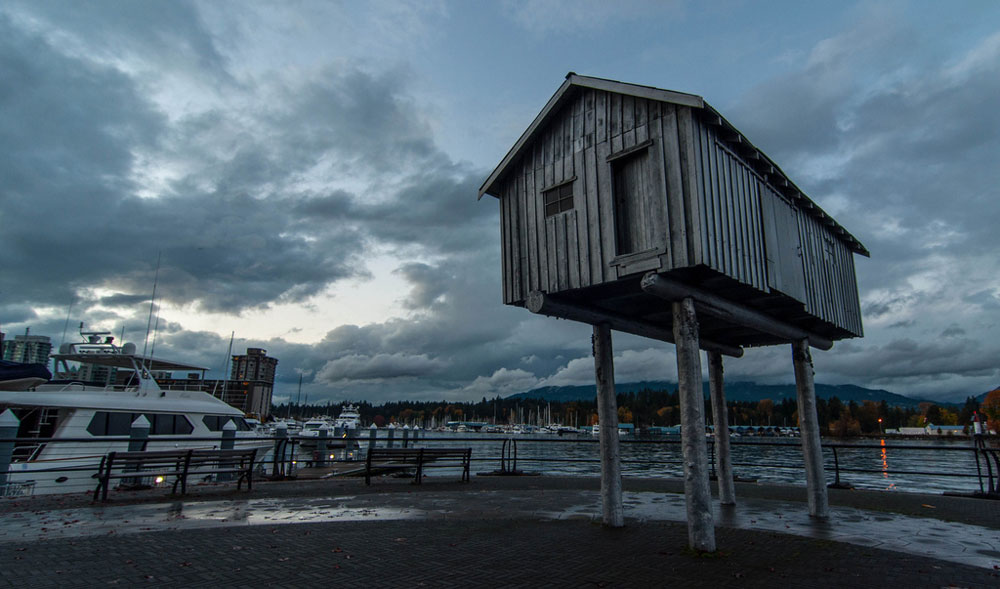 “Our public art…does not reflect the reality of the contributions made by half the population.”

This was the salient observation made by editors at the Halifax Chronicle-Herald in June.

At that time, the editors had just discovered that the vast majority of public statues in Halifax were of men—and that the statues that were female were most often “fairies and nymphs, not actual women with real accomplishments.”

This sense of women as symbolic, rather than actual, actors in the public art sphere also stretches into issues of contemporary art creation.

It’s 2016. And for some reason, most public art commissions in Canada are still going to men.

The Problem: Still Not Enough Women Getting Commissions for Permanent Public Artworks

Both anecdotal and quantitative evidence shows that women are getting more public art commissions than ever before—but it’s still not enough.

This year, for the first time, Vancouver artist Jill Anholt—prolific in the public art realm—was on an all-female shortlist for a public art project.

And in Vancouver, commissions for temporary public art are now evenly divided between women and men.

But permanent commissions in that city still go to men at a rate of 2 to 1, writes Karen A. Henry, planner for Vancouver’s Public Art Program.

“Our program records for 2010-2016 show 120 commissions. A quick review shows the temporary artworks (2-D or short-term installations such as Offsite at Shangri-La) are evenly divided gender wise. For permanent works, 62% are by men, 30% by women, and 8% by teams of both,” Henry states in an email.

In Montreal, ratios of 2 to 1 (male to female) for recent permanent public art projects are also the norm.

Earlier this year, Montreal artist Shelley Miller (who has done several works, permanent and temporary, in public) did a tally of official City of Montreal public art program projects and gender.

“The sample group certainly shows that the involvement of women making public art has increased considerably,” Miller wrote on her blog earlier this year, “But in my opinion, we still need more ladies in this industry!”

The Context: Public Space Is Still a Man’s World, Too

It’s not just public art that suffers from structural sexism.

As researchers and journalists have shown, public space more frequently pays tribute to men’s accomplishments than to women’s.

In March of this year, Metro Toronto found that only five of Toronto’s 25 city-owned public memorials depict women.

Further, very few public spaces in Toronto and other Canadian cities are named for women.

According to a report for Spacing Magazine in May, there are 292 parks across Toronto named for men, and just 82 named for women.

In the United States, similar issues have been reported. The Atlantic Citylab has stated that just five statues in New York City depict women, while there are hundreds of men.

In other words, the relative absence of women creators in contemporary public art reflects a history of women’s contributions being made invisible in public space.

And the art world in general, it’s worth noting, continues to be a space where structural sexism exists.

Indeed, Canadian Art reported last year that only 36% of public-gallery solo exhibitions for living artists went to women of late.

But the public-art circumstance also has its own unique barriers to involving more women, as well as other marginalized populations.

A Major Cause: Public Art’s Complex Barriers to New Talent, Female and Otherwise

Talk to anybody involved in public art for a while and it becomes clear that it’s hard for anybody new to break into the profession.

Why? It’s partly a chicken or egg question: Most public-art calls require a track record of making public art. And to get that track record, you have to make public art.

“Breaking in is tough,” says Jill Anholt. “The first project I won was an anonymous project. They didn’t want to know your name, gender or any past work.” They just looked at the idea.

Anholt wishes there were more of these types of anonymous calls to allow others to break into the field.

“I think those kinds of [anonymous/blind-call] projects are fantastic for allowing people of whatever gender, ethnicity, age, ability or background to come up with a great idea and get their first project built.”

It’s notable that other arts genres, like classical music, have made a common practice of blind auditions in order to overcome bias. In this now-common practice, musicians audition behind a screen.

Because of the latter, it’s often the most familiar name that gets the job.

“I think it is a matter of going with who you know and taking the easy way,” says Karen Mills, head of the private consulting firm Public Art Management. “Any time there is a perceived risk, management people will head for the safest solution. It is a terrible catch-22 really. You need experience, and that is hard to get.”

There are also other factors at play in the public-art sphere that make it difficult for women and other marginalized groups to break in—or sustain—a career there.

For instance, architecture and construction, spheres that are more intricately tied up with public art than with other kinds of art, remain male-dominated.

“Among practicing architects,” reports Lance Hosey at Huffington Post, “men still outnumber women four to one, and they receive nearly 28 percent higher pay. A 2014 study showed that over 60 percent of women feel the building industry doesn’t accept their authority, and two thirds have experienced some form of sexism in their careers, often on a regular basis.”

Anecdotes from female artists back this up.

“I took my assistant to her first site meeting recently,” says Jill Anholt. “When we came out, I asked what she thought, and she said, ‘It’s a very intimidating environment.’”

Intimidating in more ways than one, Anholt says. It wasn’t just all men, but all people who were skeptical about art.

Another obstacle in moving the needle around gender and public art could be its dispersed structure of responsibility, recruitment and decision-making.

At a large museum or gallery, a single director can make a commitment to exhibiting more women artists and artists of colour (as the Art Gallery of Ontario’s Stephan Jost did recently) and then, given their managerial powers, attempt to implement with their staff and board.

But with the public art in any given Canadian city, there is no one person in charge of the “program.” Some public art projects are the domain of private developers who are funding public art in exchange for the city increasing their density or height restrictions. Other public art projects are led by city staff in relation to the city’s own building projects. And yet other projects, like street-art murals, might be the domain of non-profit organizations working in partnership with either private developers or with the city.

In many cases, public juries of community members and arts professionals are also involved—and private consultants end up playing recruiter for artists new to the public art field.

Yet another related factor is the lack of connection among artists who create public art.

“There is not a community for public art,” says Anholt. “Really, we are kept away from each other. It’s so interesting: you go to a presentation and often they will have one artist go in one door and the artist who just presented go out the other door. You rarely have a chance to meet with other artists, you rarely see their proposals or their concepts. No one sees the work of other shortlisted artists.”

The upshot of this is that there are few informal opportunities for community-based learning and mentorship in public art. What artists learn, they often have to learn from bureaucrats, consultants or their own mistakes.

When she heard about the lack of statues devoted to women’s accomplishments in Toronto, City Councillor (and former commercial gallery owner) Kristyn Wong-Tam told Metro that she wants the city to consider public art works through “an equity lens.”

But how can that “equity lens” be put into action, in Toronto and elsewhere?

There are no magic bullets, it seems. But there are options to try out.

One of these options, for concerned members of the public, is to become more actively involved in the public-art consultation process.

“The 60 to 70 public art plans I have presented to the city haven’t had anyone from the outside attend,” says Ben Mills. “You don’t get a lot of public input” even though the meetings are open to the public and available on the city’s website.

“Creating visibility for female artists is key,” Judith Tatar writes in an email. ”Many women artists may not have realized a public art project, but are poised and qualified to take the next step. We need to bring these artists forward for consideration through our public call processes.”

Expanding the scope of temporary public art projects in some cities could be helpful—in Toronto there is Nuit Blanche or there are permanent projects, and little in between. (In contrast, there are multi-month or year-long projects in Vancouver and some other cities.)

“The City through the Culture Division could be picking up the ball here,” says Karen Mills. “Especially in relation to project ‘incubators’ allowing artists to do temporary projects of a longer duration that last a few nights or a few weeks…this approach to bringing along new artists should be at the top of the mandate, really.”

But perhaps acknowledging the problem in the first place is the first step.

“Because we are working with a number of women artists, it has camouflaged the disparity in permanent vs. temporary commissions,” says Karen A. Henry, planner with the City of Vancouver’s public art program. “I will let the Public Art Committee and the consultants know this information so that we can be mindful and look for what might be contributing factors.”

What would the ultimate help to female practitioners of public art be? It comes back to the chicken or egg question.