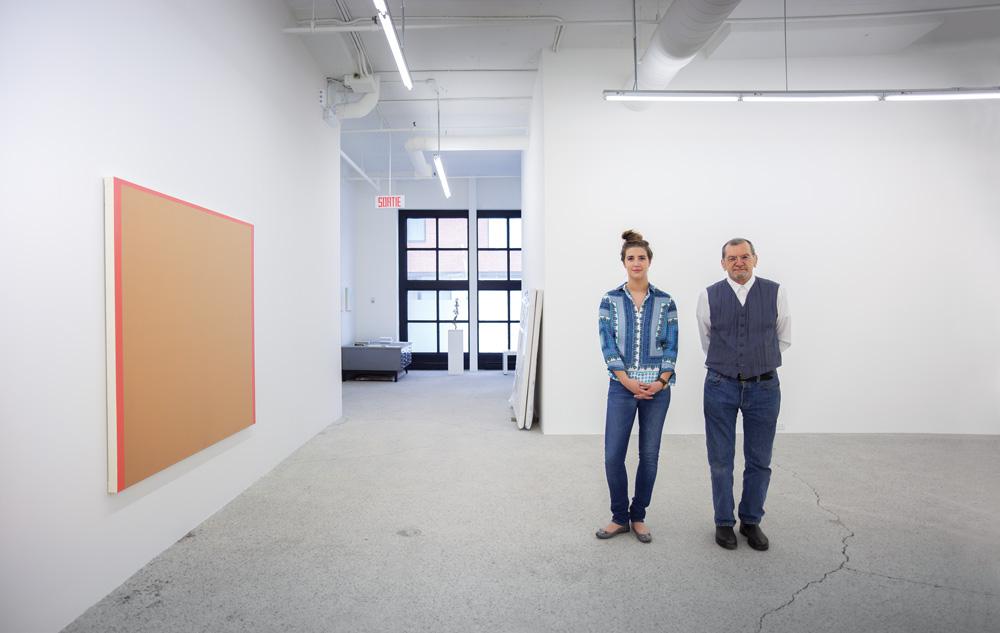 The most exciting art scene in the country right now may well be Montreal. It’s a reputation fuelled in no small part by the work of art dealer René Blouin. For more than 25 years, Blouin has been a cornerstone of the city’s commercial-gallery circuit. From his first gallery, which opened in 1986 and led a wave of art spaces in the Belgo Building on Ste-Catherine Street, to his recent sojourn at Arsenal in Montreal’s west end, Blouin has had a deft knack for pinpointing the pulse of contemporary art in the city. And he has the gallery roster to prove it, mixing blue-chip senior artists like Geneviève Cadieux and Pierre Dorion with up-and-comers like Pascal Grandmaison, Anthony Burnham, Patrick Coutu and Marie-Claire Blais, to name just a few.

This spring, Blouin launched his latest gallery, a sprawling street-level industrial space tucked off the beaten track in the Cité du Multimédia district in Old Montreal. With nearly 6,000 square feet of exhibition space divided into three rooms, not to mention a massive storage area and loading dock, the King Street space doubles both of Blouin’s previous locations. It’s a neighbourhood with good company, too: Fonderie Darling and DHC/ART Fondation pour l’art contemporain are just minutes away.

“I was totally seduced and frightened,” recalls Blouin, on first seeing the space last September. “Seduced by the location, the building, the potential of the space. Frightened by how big it is.”

Blouin’s newly named co-director, Sarah Pepin, interjects, with a laugh. “René had just returned from vacation. He was very relaxed, and I told him, ‘René, you’re going to sit.’ At first he didn’t want to see it. But I finally convinced him, and we visited the space and he loved it, and that’s it.”

That personal dynamic between Blouin and Pepin, a rapport charged with reciprocal energy, says a lot about the gallery’s future, which is set to include a renewed focus on international artists and exchanges while maintaining a commitment to the local scene.

“I’m very excited to see Sarah interested with the same kind of poetic eyes that I had when I started,” Blouin says. “I’m sure she’ll bring new vision, new sensibilities and artists with new ideas, new questioning and new forms. To me, that’s what matters. I’m not interested in showbiz and I’m not interested in banking. I’m serious about art and the gallery is about that. I play this much closer to the ground and in a more poetic way because that’s what makes me happy.”

This is an article from the Summer 2013 issue of Canadian Art. To read more from this issue, please visit its table of contents.